How the British Empire Created and Killed George Orwell

The British Broadcasting Corporation (BBC), happily amplified by the Public Broadcasting System (PBS) in the United States which carries its World News, continues to pump out its regular dreck about the alleged economic chaos in Russia and the imagined miserable state of the Russian people.

It is all lies of course. Patrick Armstrong‘s authoritative regular updates including his reports on this website are a necessary corrective to such crude propaganda.

But amid all their countless fiascoes and failures in every other field (including the highest per capita death rate from COVID-19 in Europe, and one of the highest in the world) the British remain world leaders at managing global Fake News. As long as the tone remains restrained and dignified, literally any slander will be swallowed by the credulous and every foul scandal and shame can be confidently covered up.

None of this would have surprised the late, great George Orwell. It is fashionable these days to endlessly trot him out as a zombie (dead but alleged to be living – so that he cannot set the record straight himself) critic of Russia and all the other global news outlets outside the control of the New York and London plutocracies. And it is certainly true, that Orwell, whose hatred and fear of communism was very real, served before his death as an informer to MI-5, British domestic security.

But it was not the Soviet Union, Stalin’s show trials or his experiences with the Trotskyite POUM group in Barcelona and Catalonia during the Spanish Civil War that “made Orwell Orwell” as the Anglo-America Conventional Wisdom Narrative has it. It was his visceral loathing of the British Empire – compounded during World War II by his work for the BBC which he eventually gave up in disgust.

And it was his BBC experiences that gave Orwell the model for his unforgettable Ministry of Truth in his great classic “1984.”

George Orwell had worked in one of the greatest of all world centers of Fake News. And he knew it.

More profoundly, the great secret of George Orwell’s life has been hiding in plain sight for 70 years since he died. Orwell became a sadistic torturer in the service of the British Empire during his years in Burma, modern Myanmar. And as a fundamentally decent man, he was so disgusted by what he had done that he spent the rest of his life not just atoning but slowly and willfully committing suicide before his heartbreakingly premature death while still in his 40s.

The first important breakthrough in this fundamental reassessment of Orwell comes from one of the best books on him. “Finding George Orwell in Burma” was published in 2005 and written by “Emma Larkin”, a pseudonym for an outstanding American journalist in Asia whose identity I have long suspected to be an old friend and deeply respected colleague, and whose continued anonymity I respect.

“Larkin” took the trouble to travel widely in Burma during its repressive military dictatorship and her superb research reveals crucial truths about Orwell. According to his own writings and his deeply autobiographical novel “Burmese Days” Orwell loathed all his time as a British colonial policeman in Burma, modern Myanmar. The impression he systematically gives in that novel and in his classic essay “Shooting an Elephant” is of a bitterly lonely, alienated, deeply unhappy man, despised and even loathed by his fellow British colonialists throughout society and a ludicrous failure at his job.

This was not, however, the reality that “Larkin” uncovered. All surviving witnesses agreed that Orwell – Eric Blair as he then still was – remained held in high regard during his years in the colonial police service. He was a senior and efficient officer. Indeed it was precisely his knowledge of crime, vice, murder and the general underside of human society during his police colonial service while still in his 20s that gave him the street smarts, experience, and moral authority to see through all the countless lies of right and left, of American capitalists and British imperialists as well as European totalitarians for the rest of his life. 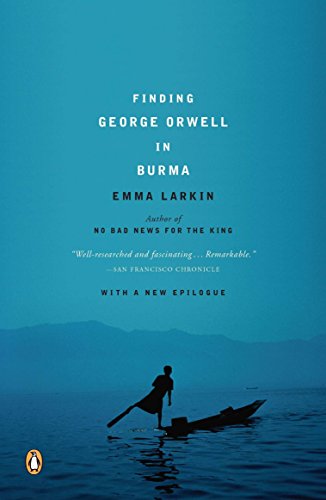 The second revelation to throw light on what Orwell had to do in those years comes from one of the most famous and horrifying scenes in “1984.” Indeed, almost nothing even in the memoirs of Nazi death camp survivors has anything like it: That is the scene where “O’Brien”, the secret police officer tortures the “hero” (if he can be called that) Winston Smith by locking his face to a cage in which a starving rat is ready to pounce and devour him if it is opened.

I remember thinking, when I was first exposed to the power of “1984” at my outstanding Northern Irish school, “What kind of mind could invent something as horrific as that?”) The answer was so obvious that I like everyone else missed it entirely.

Orwell did not “invent” or “come up” with the idea as a fictional plot device: It was just a routine interrogation technique used by the British colonial police in Burma, modern Myanmar. Orwell never “brilliantly” invented such a diabolical technique of torture as a literary device. He did not have to imagine it. It was routinely employed by himself and his colleagues. That was how and why the British Empire worked so well for so long. They knew what they were doing. And what they did was not nice at all.

A final step in my enlightenment about Orwell, whose writings I have revered all my life – and still do – was provided by our alarmingly brilliant elder daughter about a decade ago when she too was given “1984” to read as part of her school curriculum. Discussing it with her one day, I made some casual obvious remark that Orwell was in the novel as Winston Smith.

My American-raised teenager then naturally corrected me. “No, Dad, ” she said. “Orwell isn’t Winston, or he’s not just Winston. He’s O’Brien too. O’Brien actually likes Winston. He doesn’t want to torture him. He even admires him. But he does it because it’s his duty.”

She was right, of course.

But how could Orwell the great enemy of tyranny, lies and torture so identify with and understand so well the torturer? It was because he himself had been one.

“Emma Larkin’s” great book brings out that Orwell as a senior colonial police officer in the 1920s was a leading figure in a ruthless war waged by the British imperial authorities against drug and human trafficking crime cartels every bit as vicious and ruthless as those in modern Ukraine, Columbia and Mexico today. It was a “war on terror” where anything and everything was permitted to “get the job done.”

The young Eric Blair was so disgusted by the experience that when he returned home he abandoned the respectable middle class life style he had always enjoyed and became, not just an idealistic socialist as many in those days did, but a penniless, starving tramp. He even abandoned his name and very identity. He suffered a radical personality collapse: He killed Eric Blair. He became George Orwell. 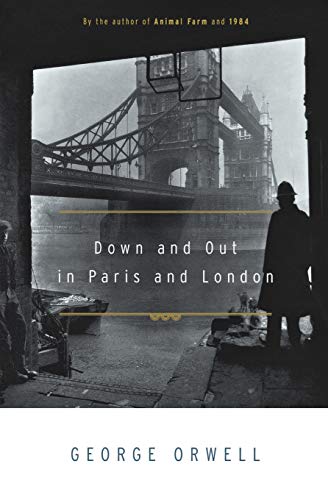 Orwell’s early famous book “Down and Out in London and Paris” is a testament to how much he literally tortured and humiliated himself in those first years back from Burma. And for the rest of his life.

He ate miserably badly, was skinny and ravaged by tuberculosis and other health problems, smoked heavily and denied himself any decent medical care. His appearance was always abominable. His friend, the writer Malcolm Muggeridge speculated that Orwell wanted to remake himself as a caricature of a tramp.

The truth clearly was that Orwell never forgave himself for what he did as a young agent of empire in Burma. Even his literally suicidal decision to go to the most primitive, cold, wet and poverty-stricken corner of creation in a remote island off Scotland to finish “1984” in isolation before he died was consistent with the merciless punishments he had inflicted on himself all his life since leaving Burma.

The conclusion is clear: For all the intensity of George Orwell’s experiences in Spain, his passion for truth and integrity, his hatred of the abuse of power did not originate from his experiences in the Spanish Civil War. They all flowed directly from his own actions as an agent of the British Empire in Burma in the 1920s: Just as his creation of the Ministry of Truth flowed directly from his experience of working in the Belly of the Beast of the BBC in the early 1940s.

George Orwell spent more than 20 years slowly committing suicide because of the terrible crimes he committed as a torturer for the British Empire in Burma. We can therefore have no doubt what his horror and disgust would be at what the CIA did under President George W. Bush in its “Global War on Terror.” Also, Orwell would identify at once and without hesitation the real fake news flowing out of New York, Atlanta, Washington and London today, just as he did in the 1930s and 1940s.

Let us therefore reclaim and embrace The Real George Orwell: The cause of fighting to prevent a Third World War depends on it.

During his 24 years as a senior foreign correspondent for The Washington Times and United Press International, Martin Sieff reported from more than 70 nations and covered 12 wars. He has specialized in US and global economic issues.