By Leo Goldstein
Watts Up With That?

This study, also known as Adaptive COVID-19 Treatment Trial (ACTT-1), was registered as NCT04280705, and conducted by the National Institute of Allergy and Infectious Diseases (NIAID), headed by Dr. Anthony Fauci. The study started as “A Multicenter, Adaptive, Randomized Blinded Controlled Trial of the Safety and Efficacy of Investigational Therapeutics for the Treatment of COVID-19 in Hospitalized Adults,” but quickly became a Phase 3 trial for Remdesivir. It was reported under the title “Remdesivir for the Treatment of Covid-19 — Preliminary Report,” (Beigel – Lane PR, 2020). The most important author is H. Clifford Lane, a Co-Chair of the NIH COVID-19 Treatment Guidelines Panel, and the deputy director of the NIAID.

This study was the only trial that supported the emergency authorization of Remdesivir (RDV) for COVID-19 treatment. Its updated version “Remdesivir for the Treatment of Covid-19 — Final Report” (Beigel – Lane FR, 2020) (also, “the paper”) was published on October 8, and is reviewed here.

The assumption that Remdesivir is effective against SARS-COV-2 is probably based on the similarity of its in-vitro effect with that of chloroquine, without taking into account that chloroquine and hydroxychloroquine accumulate in lungs, while RDV does not (Goldstein, 2020).

Each of the several study defects described below invalidate this study’s results.

Contrary to common sense and best methodological practices (Kraemer, 2000), the trial was conducted in 60 sites, plus 13 sub-sites. Such a multi-site design is a potentially misleading “centralized multicenter collaborative RCT,” per (Kraemer & Robinson, 2005).

Notice that less than 600 courses of Remdesivir were distributed among 73 sites, with an average 9 RDV course per site – a small sample, sufficient to tease the appetite, but not sufficient for hospitals to draw their own conclusions about its efficiency.

Taking into account the intentional unblinding of the treating physicians and the limited drug supply, the sites could have been incentivized to compete against each other for the best  results from RDV, and be rewarded with  a prioritized supply of the drug in the future. RDV was believed to be a miracle cure, and the access to it was priceless.

Two sites were removed from the Registry in the May 6 update:

These two sites started enrolling patients between April 2 and April 15, as indicated by the status Recruiting on April 16. Enrollment in all sites ended on April 19. Neither site was mentioned in the Beigel – Lane (both versions, including appendices), and their removal was not explained. This raises suspicions that these sites were removed because of undesirable results.

Concomitant use of other treatments

Administration of HCQ before and/or after RDV treatment was permitted. Co-administration of RDV with HCQ was also permitted in some sites (which had a written policy of HCQ use for COVID-19) but forbidden in other sites.

~35% of the patients in both Remdesivir and placebo groups also received Hydroxychloroquine (Table S3). ~80% of the patients received antibiotics, but the paper does not specify which patients. 93% of the patients were recruited on March 22 or later, after President Trump tweeted about HCQ & Azithromycin. In late March – early April, HCQ + AZ was the standard of care in some countries (Sermo, April 15). New York state required patients to be hospitalized in order to receive HCQ based treatment. Even before the President’s tweet, it was commonly known that Azithromycin has some effect against the coronavirus, and thus, its purchases had sharply increased at the expense of other antibiotics (Vaduganathan et al., 2020).

The paper gives no information regarding the use of Zinc and vitamin C, both of which were frequently used in COVID-19 treatments (Sermo 2020, April 9).

Substantial Changes of the Registered Protocol

The protocol was changed many times during the study. The primary outcome was changed on April 8 from “Percentage of subjects reporting each severity rating on an 8-point ordinal scale” to “Time to recovery”.

The relevant part of the ordinal scale is:

8 – death (appropriately removed from the scale and counted separately)

6 – hospitalized, requiring noninvasive ventilation or use of high-flow oxygen devices 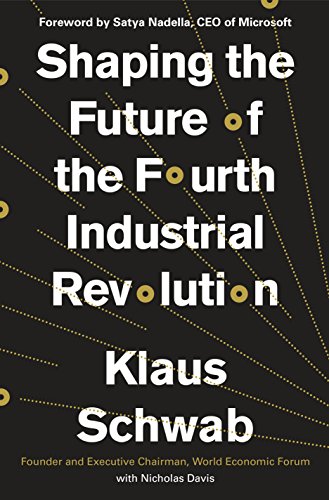 “Recovery” is defined as getting a score below 4, usually discharged from the hospital.

There is a problem with the outcome measurements on this scale. The scores reflect subjective decisions by the doctor, such as “receiving invasive mechanical ventilation,” “requiring noninvasive ventilation” (here, requiring is the equivalent of receiving) and similar. These scores are not objectively measurable, like blood oxygen level or heart rate. And the doctor is likely unblinded and incentivized to evaluate RDV as superior to a placebo. Most secondary outcomes were also defined by the scores on this scale.

The paper did not report statistics of baseline conditions of patients. Instead, it reported subjective scores on the same ordinal scale. It also reported selected comorbidities.

Unexplained Data Mismatch between the Preliminary and Final Reports