A Brief History of Court Packing

Since the death of liberal Justice Ruth Bader Ginsburg and the determination of President Donald Trump to fill her Supreme Court seat before Election Day with the traditionalist Judge Amy Coney Barrett, the concept of court packing has reared its head. The phrase “court packing” is a derogatory reference to legislation that alters the number of seats on the Supreme Court to alter its perceived ideological makeup.

The origins of modern court packing are from the depression era when President Franklin Delano Roosevelt sought to expand the court from nine to 15 by adding a new justice for every sitting justice who declined to retire upon reaching his 70th birthday. FDR offered the plan in the spring of 1937, shortly after he was inaugurated to his second term. He had just been reelected in a landslide and was frustrated that much of his legislation had been invalidated by the Supreme Court as beyond the powers of the federal government.

FDR’s stated reasoning was that the court had a “congestion of cases” since its nine justices were, he claimed, slow to address the appeals that came before them, and a larger number of justices would make for a more efficient court. Few believed this subterfuge. If nine were too slow, then 15 would be slower.

FDR really wanted more pro-New Deal justices who would ratify his radical proposals to centralize, plan and control the economy. Nevertheless, his court packing was immensely unpopular and the plan never made it out of the Senate Judiciary Committee.

But historians have debated whether the proposal actually worked, and here is why. Before FDR’s plan died, one of the conservative justices, Owen Roberts, had a change of heart on the constitutional scope of the federal government, and he began voting with the court’s liberal wing to uphold New Deal legislation against constitutional challenges.

Though the case in which Roberts broke ranks involved a Washington state minimum wage law — which the court upheld 5 to 4 with Roberts joining the liberals — the hook on which Roberts hung his constitutional hat was the Commerce Clause. That clause gives Congress the power to regulate commerce among the states.

Prior to the New Deal, congressional power over commerce was generally interpreted as James Madison intended it. Congress can regulate — that is, keep regular — the movement of goods over intestate borders among merchants and bar the states from favoring their own merchants.

After Roberts’ change of heart, a majority of the court began to view the commerce power in a wildly expansive way, nowhere justified by the language of the Constitution or its original understanding. The new — and regrettably, current — view of Congress’ commerce power is that the Constitution empowers Congress to regulate anything that affects interstate commerce, even private personal economic behavior too minuscule to measure, behavior that is not commercial in nature and behavior wholly within one state.

Roberts’ shift, which he never justified publicly, was coined “the switch in time that saved nine.” FDR could not have known that his court packing stunt would have so terrified a conservative justice as to turn him into a big government liberal. But it did.

Soon, retirements of justices allowed FDR to fill five vacancies on the court during his 12 years in office, and the landscape of American constitutional law would never be the same.

The number of justices on the court is fixed by legislation because the Constitution is silent on this. Though FDR’s stunt was a misguided effort to treat the court as if it were a super-legislature, it is constitutionally permissible for Congress to alter the number of sitting justices.

The only time this was done, it was the Republicans who were the scoundrels. The era was Reconstruction, and the unpopular and impeached-but-acquitted President Andrew Johnson was in the White House.

Fearing that Johnson would fill the court with southern sympathizers, the Radical Republicans in Congress “unpacked” the court.

There were two issues that the Republicans feared would bring judicial invalidation of their legislation. One was Reconstruction and the other was legal tender.

Reconstruction placed the Southern states that had joined the Confederacy under a military occupation so draconian that congressional leaders feared the court would invalidate it. Thus they enacted legislation that withdrew the Supreme Court’s jurisdiction over Reconstruction and reduced the number of justices by attrition from the fluctuating nine and sometimes 10 down to a permanent and fixed seven. The latter prevented Johnson from replacing retiring justices unless the court’s membership fell to six. 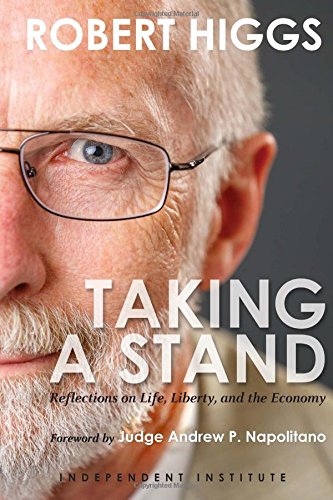 The legal tender issue involved Civil War-era legislation that declared paper money — unbacked by gold or silver as the Constitution requires, and just printed by the government — to be lawful legal tender. When the nine-member court invalidated paper money for private debts, the Republicans struck with their unpacking.

It worked. After Ulysses S. Grant became president, Congress returned the number of justices to nine, Grant filled the vacancies with his buddies, and the new justices joined the former dissenters in another legal tender case that upheld the use of paper money for private debts.

No matter the outcome on Nov. 3, we will soon have a conservative top-heavy Supreme Court. If Joe Biden wins the presidency and the Democrats control Congress, some will try to pack the court by expanding its number. But history teaches that tinkering with the judiciary for political reasons is dangerous to freedom and to longevity in office.

The court is not a legislature. Its purpose is to restrain — not to unleash — the president, Congress and popular majorities from infringing upon constitutional rights.

Without this anti-democratic structure, who or what will protect us from the tyranny of the majority?