Each must know his part

To sow a new mentality

Closer to the Heart

When I see something from Ira Katz posted at Lew Rockwell’s site, I will almost always read it first.  Recently, he asked the question, “What is to be done?”  He asked it regarding the issues of our time, quoting Jonathan Pageau who describes these times as the end of our civilization.  Readers here do not require a further explanation of Pageau’s sentiment.  Katz offers:

But to understand the problems does not necessarily give us the direction for action.

In an earlier post, Katz referenced work being done by Bret Weinstein, an evolutionary biologist from Evergreen University fame and who has further ridden the wave caused by the rise of Jordan Peterson.  Given Peterson’s poor health for an extended period resulting in his disappearing from the conversation, it is probably Bret and his brother Eric who have come most to the fore in this discussion of the current situation. 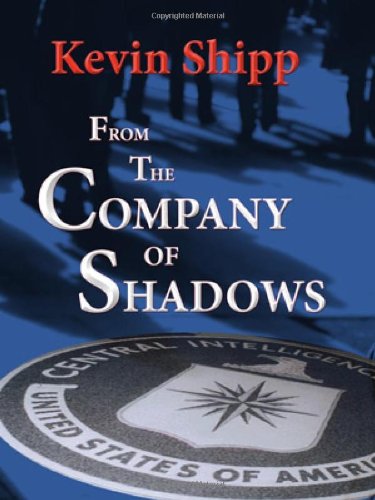 In the earlier post, Katz made favorable comments regarding a project of Bret’s, a system for unity.  I am not terribly familiar with it, only having heard enough to suggest to me that it is a project that lacks – as much of the current dialogue lacks – a willingness to grasp at the necessary foundations for resolution to the malaise and self-destruction that plagues Western society.

So, now, when answering the question of what is to be done, Katz has offered some comments from a reader – comments in response to his post on Weinstein:

The problem with Weinstein and Co. is they are part of the industrial state.  And here’s what I mean.  Not only have they been ‘educated’ in our Prussian style universities, where the teleological educational aim always pushes the graduate to reinforcing the state’s aims, they’re physically deficient as well.

They haven’t worked the land.

The land will temper intellectual abstractions quicker than Bret can recount a genome sequence.

The Progressive Era is marked with brilliant technocrats devising and implementing actions to scientifically perfect man, with little foundation other than the intellectual abstractions learned in the self-reinforcing higher-education institutions.  Those in this current discussion, despite their goodwill, are merely continuing this trend – devising a religion that is not a religion (John Vervaeke), or something to take the place of religion but that isn’t a religion (Bret Weinstein).

Peterson is the one who really brought this conversation to the fore.  He certainly understood that western society has stripped western man of any meaning.  Without meaning, life is…well…meaningless.  And this meaninglessness leads to the malaise as seen in depressions and suicide.  And worse: no desire, interest, or even awareness, in preserving and developing the cultural foundations that have given meaning to Western man for something like 2,000 years, plus or minus a few centuries.

It should be no surprise that Jesus came to us as a carpenter.  He did not come as a product of higher learning as a Pharisee or some such, although He certainly understood as much as and more than any of these.  Jesus, the carpenter and the friend of fishermen, knew something of the land – the real people.  Just one example:

Matthew 12: 1 At that time Jesus went through the grainfields on the Sabbath. His disciples were hungry and began to pick some heads of grain and eat them. 2 When the Pharisees saw this, they said to him, “Look! Your disciples are doing what is unlawful on the Sabbath.”

After offering a couple of examples to demonstrate His point, the passage continues with Jesus citing from Hosea:

7 If you had known what these words mean, ‘I desire mercy, not sacrifice,’ you would not have condemned the innocent.

The Pharisees – despite being experts in the book – didn’t learn this from the book.  They didn’t learn it because they didn’t know something of the land – of the real people.  They had book-smarts, but without the knowledge of real people they had no comprehension of proper application.

This current conversation – the Weinstein’s, etc. – are missing the same thing.  They cannot even offer an answer to the question: “what is good?”  The best they can suggest is that they know “bad” when they see it – virtually useless information with knowledge of the good to temper it.

Western man has lost any idea of the good that gives life meaning, and this conversation, given its current boundaries, is incapable of delivering an answer regarding the good to Western man.

Jesus was obviously so much more, but one thing He certainly was for the world was the archetype for man, man’s purpose, and for what is “good.”  He put into action the words, “I desire mercy, not sacrifice.”  Here, we find the good.

In this video, Paul VanderKlay was discussing related points, including the search for a healthy hierarchy of values.  He made the statement: “We don’t live for happiness; we live for meaning.”  To which I offered the comment:

No behavior can be considered “better” or “worse” unless it is taken that man is created with a purpose, end, telos.  Accept this, and the first step toward understanding the necessity of natural law is taken.  Unless this is accepted unquestionably, there is no end to this conversation.

The Latin word used to explain man’s purpose was beatitudo, commonly translated as happiness.  But it wasn’t the superficial happiness as we understand it today.  It is better understood as fulfillment through other-regarding action.  In other words: meaning.

We live for happiness; we live for meaning.  The first is found through the second.  The conversation being held regarding this loss of meaning and the malaise leading to the slow (but rapidly approaching) end of our civilization has no end without offering a target at which to aim.  The target can’t merely be “don’t do evil.”  As we have seen, such a target is useless as it provides no anchor for the good, and without such an anchor it gives no stability to what is evil.

For those who don’t like the Christian (or Catholic) sound of this, rest assured: natural law is discoverable by all men; just ask many of the Christian natural law philosophers.  But I do believe it requires a belief in something above and outside man’s reach and man’s control.

In this developing conversation, VanderKlay has parsed out what different people see as different aspects of God – or in some cases, two different definitions of God.  He labels these as God #1 and God #2 – not that he believes these are two different gods, just two different views of what we call God.

God #1 is always present; this is the immanent God.  The spiritual God who permeates the world and permeates nature.  We sometimes use the word “metaphysical” to describe this aspect of God.  Two examples might help illustrate:

The Apostle Paul is citing a Greek philosopher; Paul is making known the God that is the object of what the Greeks only knew as the unknown god.  This is the immanent God.

A second example of God #1 (really an analogy), offered by VanderKlay: Frodo can’t find Tolkien, yet Tolkien is everywhere in Middle Earth.  This is the immanent God.

God #2 is the transcendent God – separate from the material universe; an agent who acts in history and governs the objects of the world; we are subject to and dependent on His will.

Modern Western Christianity has virtually dismissed the idea of God #1 and sees only God #2 in its sights.  Many modern intellectuals dismiss both dimensions of God.  But without a belief in something like the first dimension – God #1, who permeates the world – there is no hope for natural law or any type of order that can remain outside of human control.  And we know the disaster that always comes from order imposed via human control.

When we say that all men are below the law, it is only possible through a firm belief in something that represents God #1 – don’t call it “God” if that word bothers you too much.

In a previous LRC post I wrote “In these desperate times, I feel the two actions that are essential are to take courage and to pray.”

I offered something similar, here, taken from Jesus: prayer and fasting.  Katz continues:

Clearly, I should also add “and to garden.”

Today’s philosophers need to learn something from the ploughman.  The ploughman understands that every being has a purpose, a purpose that gives it meaning.  The horse has a purpose, as does the cow, the plow, and the seed.  Each must fulfill its purpose if it is to have any meaning.

It is just as true for man.

Natural Law.  This is where I ended in my search for liberty.  Murray Rothbard has concluded the same thing, well before I did…as I find always the case on every topic I that explore

As mentioned, natural law is available to and discoverable even by those who cringe at the word “Christian” or “Catholic.”  It is also discoverable solely through Scripture, for those who believe it to be contrary to anything Biblical or who believe that the only place one should look for such truths is the Bible.

For those who cannot stand even the idea of God #1, Hans Hoppe has offered his Argumentation Ethics.  As Hoppe puts it, his purpose is not to replace natural law, but is specifically aimed at those who can’t stand the idea of a higher authority.

Personally, I don’t believe natural law and liberty are sustainable without such an idea of this higher authority held by a large portion of the population in any given polity.  I also find the idea of liberty through an adherence to natural law is possible only with the grounding offered through Christianity.  Certainly history has proven this so, as the idea exists only in fragments in other cultures and traditions but nowhere else in whole.

‘Science’ Proves You’re a Racist!The Only Thing Systematic Is the Destruction of America