Enough with the Consensus Already!

In theory, politicians and doctors who have studied for a long time are scientists. But in practice, few have a scientific approach. No one today wants to take responsibility for the allegedly sanitary measures that have been taken (confinement, social distancing, wearing masks and gloves). They all take refuge behind collegial decisions, the invocation of science and consensus.

The Covid-19 outbreak took by surprise politicians who had lost sight of their primary function: to protect their fellow citizens.

Panicked, they turned to a few gurus. In this case the mathematician Neil Ferguson of Imperial College [1] and the physician Richard Hatchett of CEPI (Coalition for Epidemic Preparedness Innovations), former collaborator of the US Secretary of Defense Donald Rumsfeld [2]. To communicate the decisions they had taken, they called upon both scientists to justify them and moral figures to endorse them.

Thus, in secular France, President Emmanuel Macron set up a Covid-19 Scientific Committee, mainly composed of mathematicians and doctors, under the authority of the President of the National Consultative Ethics Committee.

Everyone could see that, faced with the epidemic, scientists in general were not at all in agreement among themselves. Consequently, the choice of the members of this Council made it possible to exclude in advance those they did not want to hear and to give the floor only to those who they wanted to be heard. Moreover, the appointment of a legal personality to head this mechanism was designed to justify decisions depriving people of their liberty, which were claimed to be necessary, but which were known to be contrary to the Constitution.

In other words, the Committee was merely a screen to make people forget the responsibility of the President of the Republic and his Government. Moreover, there is already a Public Health Administration and a High Council of Public Health, while this new Committee has no legal basis.

Discussions on how to prevent the epidemic and the treatments to be implemented quickly turned into a brawl. President Macron then appointed a second body, the Research and Expertise Analysis Committee, to put things in order. Far from being a scientific forum, it defended CEPI’s positions against the experience of clinical doctors.

The role of politicians is to serve their fellow citizens, not to enjoy official cars and then call for help when they are afraid. The role of doctors is to care for their patients, not to go to seminars on the beaches of the Seychelles.

The case of mathematicians is different. Their role is to quantify observations. Some of them have provoked panic in order to seize power.

Politics and medicine as sciences

Whether politicians and doctors like it or not, politics and medicine are two sciences. In recent decades, however, both forms of expertise have succumbed to the lure of gain and have become the most corrupt professions in the West – closely followed by journalism. Few are those who question their certainties, though to do so is the basic quality of scientists. Now they are making a career of it.

We are defending ourselves very poorly in the face of this degradation of our societies. In the first place, we give ourselves the right to criticise politicians, but strangely not doctors. Secondly, we sue doctors when one of their patients dies instead of congratulating them when they manage to save them, but we turn a blind eye to their corruption by the pharmaceutical industry. It is no secret that the pharmaceutical industry has the largest lobbying budget and even a huge network of lobbyists down to individual doctors in developed countries, the so-called “medical sales representatives”. After decades on this merry-go-round, the medical professions have lost their sense of purpose.

Some politicians protect their countries, others do not.
Some doctors care for their patients, not others.

Patients suspected of having Covid-19 and transferred to hospital were 5 times more likely to die if admitted to some hospitals than others. However, the doctors treating them had all followed the same studies and had the same equipment.

We must demand to know the results of each hospital service.

Professor Didier Raoult successfully treats infectious patients, which is why he was able to build his state-of-the-art institute in Marseille. Professor Karine Lacombe works for the industrialist Gilead Science, which allowed her to be appointed head of the infectious diseases department at the Hôpital Saint-Antoine in Paris. Gilead Science is the company formerly run by Donald Rumsfeld – again, he’s the one who produces the most expensive and often least effective drugs in the world.

Please understand, I am not saying that the caregivers are corrupt, but that they are run by “mandarins” and an administration that is largely corrupt. This is the whole problem with French hospitals, which have a much larger budget than most other developed countries, but have poor results. It is not a question of money, but of where it goes. 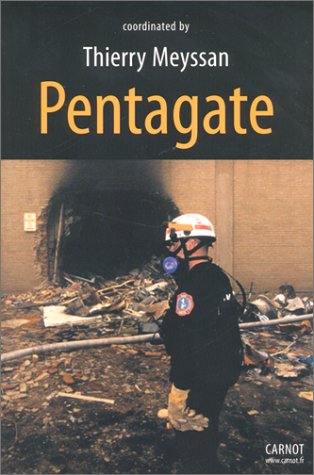 The medical press is no longer scientific

The medical press is no longer scientific at all. I’m not talking about the ideological biases denounced in 1996 by the physicist Alan Sokal [3], but about the fact that three quarters of the articles published today are not verifiable.

Almost unanimously, the mainstream media have been involved in an intoxication campaign in favour of a study published in the Lancet condemning the Raoult protocol and paving the way for Gilead Science’s drug Remdesivir [4]. It doesn’t matter that it is not randomized, that it is not verifiable, and that its main author, Dr. Mandeep Mehra, works at Brigham Hospital in Boston to promote Remdesivir, in short, that it is an undignified work. The only trouble is that The Guardian did some digging and noted that the basic data of this study were obviously falsified [5].

Read this “study” and you will not believe your eyes: how could such a deception be published by a “prestigious scientific journal” (sic) like The Lancet? But haven’t you seen similar deceptions in the “reference” political media (sic) such as The New York Times or Le Monde? The Lancet is published by the world’s largest medical publisher, the Elsevier Group, which makes a profit both by selling overpriced single articles and by creating fake scientific journals entirely written by the pharmaceutical industry to sell its products [6].

Recently, I alerted you to NATO’s operation to promote certain “reliable” (sic) sources of information with search engines to the detriment of others [7]. However, the name of a publisher or a media is not a definitive guarantee of competence and sincerity. Each book, each article, must be judged for itself and by yourself solely on the basis of your critical spirit.

The “scientific consensus” versus Science

For several years now, graduate scientists have no longer been interested in science, but in the consensus of their profession. This was already the case in the 17th century, when the astronomers of the time joined forces against Galileo. As they had no way to silence him, they turned to the Church, which condemned him to life imprisonment. But in doing so, Rome was merely aligning itself with the “scientific consensus. 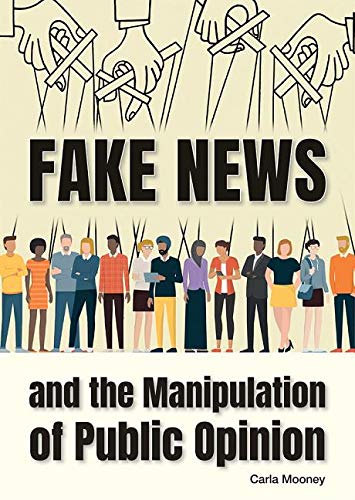 Similarly, sixteen years ago, the Paris Court of Appeals cascaded down my complaints against major newspapers that had defamed me on the sole ground that what I wrote could only be false, given the “journalistic consensus” against me. It did not matter what evidence I produced.

Or again it is in the name of “scientific consensus” that we believe strongly in the “global warming” promoted by former British Prime Minister Margaret Thatcher [8]. Regardless of the many scientific debates.

Truth is not an opinion, but a process. It cannot be voted on, but must always be questioned.

[4] “Hydroxychloroquine or chloroquine with or without a macrolide for treatment of COVID-19: a multinational registry analysis”, Mandeep R. Mehra, Sapan S. Desai, Frank Ruschitzka, Amit N. Patel, The Lancet Online, May 22, 2020.

[5] “Questions raised over hydroxychloroquine study which caused WHO to halt trials for Covid-19”, Melissa Davey, The Guardian, May 28, 2020.

Previous article by Thierry Meyssan: The Decolonization of Israel Has Begun