Have You Done Your 'Anarchist Calisthenics' Today?

At last week’s get together here in San Francisco of Circle Rothbard, I mentioned that while I did not think it wise to generally go up against government directly, I did not mind low-level disrespect for government rules and regulations. I specifically mentioned jaywalking as an example and argued that such acts created a healthy disrespect for the rules and regulations of overbearing governments and could lead to greater disrespect.

Michael Eldelstein then pointed out that the lefty-anarchist,Yale professor James C. Scott made the same point on jaywalking in his book, Two Cheers for Anarchism.  So I picked up the book and found that it not only pretty much fell in line with my thinking on jaywalking and low level ignoring of government rules and regulations, but that it also pointed out the dangers in more direct confrontations with government and the poor outcomes that generally result from revolutions. All points that I have been making here at EPJ. Here are key snippets from his book:

It dawned on me, as it should have earlier, that virtually every major successful revolution ended by creating a state more powerful than the one it overthrew, a state that in turn was able to extract more resources from and exercise more control over the very population it was designed to serve. 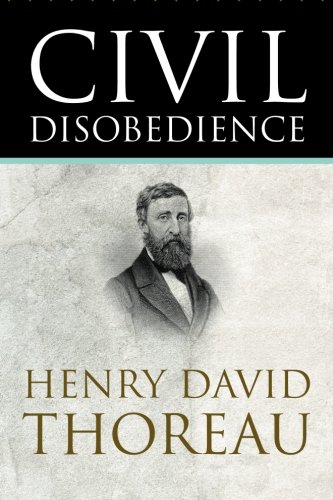 It surprised me how much I had to screw up my courage to cross a street against general disapproval…As a way of justifying my conduct to myself, I began to rehearse a little discourse…It went something like this, “You know, you and especially your grandparents could have used more of a spirit of lawbreaking. One day you will be called on to break a big law in the name of justice and rationality. Everything will depend on it. You have to be ready, How are you going to prepare for that day when it really matters? You have to stay ‘in shape’ so that when the big day comes you will be ready. What you need is ‘anarchist calisthenics.” Every day or so break some trivial law that makes no sense, even if it is only jaywalking, Use your own head to judge whether the law is just or reasonable. That way, you’ll keep trim; and when the big day comes you’ll be ready.”

Quiet, unassuming, quotidian insubordination, because it usually flies below the archival radar, waves no banners, has no officeholders, writes no manifestos and has no permanent organizations, escapes notice. And that’s what the practitioners of these forms of subaltern politics have in mind: to escape notice, You could say that historically, the goal of peasants and subaltern classes has been to stay out of the archives…

More regimes have been brought piecemeal, to their knees by what was once called “Irish democracy,” the silent, dogged resistance, withdrawal, and truculence of millions of ordinary people, than by revolutionary vanguards or rioting mobs…

[T]here was no one to bargain with, no one to credibly offer peace in return for policy changes. The menace was directly proportional to its lack of institutionalization.

Acts of disobedience are of interest to us when they are exemplary, and especially when, as examples, they set off a chain reaction prompting others to emulate…Multiplied many thousandfold, such petty acts of refusal may, in the end, make an utter shambles of the plans dreamed up by generals and heads of state. Such petty acts of insubordination typically make no headlines..

By infrapolitcs I have in mind such acts as foot-dragging…desertion, absenteeism…and flight. Why risk getting shot for a failed mutiny when desertion will do just as well?..the accumulation of thousands or even millions of such petty acts can have massive effects on welfare, land rights, taxes…

To be sure, Scott is no libertarian. He is an egalitarian-anarchist, who goes out of his way to distance himself from anarchist-libertarians:

The last strand of anarchist thought I definitely wish to distance myself from is the sort of libertarianism that tolerates (or even encourages) great differences in wealth, property, and status.

That duly noted, Scott’s observations on anarchy in general and the disintegration of the state are very useful when contemplating the best ways to move toward a free world. When all is said and done the advance to liberty is a complex mind battle against state propaganda and advocates of coercion against individuals. Disrespect of petty regulations is one way to keep the mind game advancing on a theoretical thought level and a practical operational level.

Have you jaywalked today? For last weekend’s project, did you hire one (or more) of the illegals that hang around Home Depots and paid them below the minimum wage? In other words,are you doing your anarchist calisthenics?

Previous article by Robert Wenzel: How To Get into Hot Clubs

Official Lies About the Shootdown of a JetlinerFlying to Israel/Palestine?