First They Destroy Private Healthcare in America — Yes, the socialist Democrats won their first battle to destroy the private healthcare system in the US but the automatic IRA bill now in Congress is their next attack to also control, confiscate and destroy the private retirement system. Ultimately, nationalizing healthcare is designed to create a major new government revenue stream by replacing private health insurance with a nationalized, mandatory, government program and their goal is identical with your retirement plan.

Washington will decide the annual forced healthcare premiums on all Americans with the middle and upper wage earners paying far higher premiums than the subsidized voting constituencies who will be the primary beneficiaries of the program. Their goal is to allow Washington to steal much of the annual health premiums (taxes) for current revenue needs and to bailout and subsidize with your premiums the health programs for the voting blocks of poor and underemployed, illegals, unions and the millions of city, county, state and federal government employees. Eventually there will be no private competition available except for the very wealthy and Washington will constantly increase premiums just as they raise taxes today.

Next They Steal Your Private Retirement Benefits — Just as with the Obama Administration plans eventual nationalization of healthcare, the tremendous amount of funds in private retirement plans and IRA accounts are also being targeted to meet future revenue needs. Bills have just been introduced in both the House and Senate to create the new Auto IRA accounts which will at first be voluntary but later will become mandatory like Social Security and I expect the early 3% employee after tax contribution levels to eventually rise to 10 to 15% of compensation rising even more than Social Security has increased over the years. Read this August 17th article in Investment News at for more information. 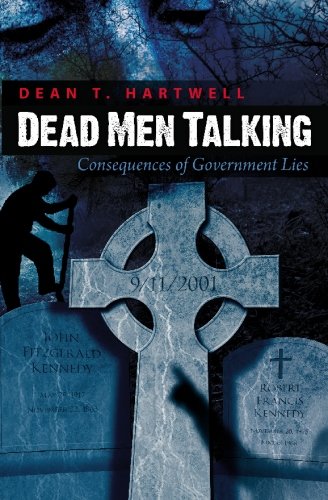 Just Robbery Pure & Simple — The Auto IRA is the first step to grab and control your retirement assets and replace our private system with a forced, government controlled Social Security type program. In addition they will force much of your retirement funds into buying junk treasury bonds along with the Federal Reserve when the dollar/national debt crisis hits as billions of retirement funds become the buyer of last resort when the rest of the world are dumping dollars and treasury securities. Americans with substantial private retirement benefits will also likely be "means tested" out of their promised Social Security benefits and discover their private retirement benefits will be subject to confiscatory levels of taxes and penalties which will even target previously taxed Roth IRA accounts.

Bipartisan Theft — But don’t think a GOP victory in the fall elections or 2012 will safeguard your retirement assets as Washington’s need for new wealth is a bipartisan effort by both political parties. Note that the leading "Washington based" conservative think tank disagrees with my analysis of the threat to your retirement assets. I take exception to the views of David John, The Heritage Foundation’s leading analyst on issues relating to pensions, financial institutions, asset building, and Social Security reform but read his The Automatic IRAs: A Conservative Way to Build Retirement Security and you will see how even some traditional conservatives are supporting the latest Washington retirement wealth and power grab.

Read More About the Retirement Threat & Protection Solutions — I have already covered the proposals in detail in two lengthy online reports: Get Ready For the Obama Retirement Trap at published on 1/28/2010 and The 10 Step Countdown To Retirement Plan Nationalization at published on 3/22/2010.

Please take the time to review both reports in detail which covered the threats when the Obama Administration first proposed this new program back in January 2010 and also read David John’s glowing support for the new Washington retirement scheme. Then decide for yourself if Washington is here to help you for a change or out to steal you blind as usual. Together, the reports above provide a confiscation timeline and actions you can take now to defend your retirement security and benefits.

Ronald Holland is the author of several books as well as numerous special reports and hundreds of articles on finance, investments, history and politics. He speaks and moderates frequently at financial and free-market conferences and has developed Swiss oriented financial products in the US and Switzerland and his lived and worked in the US, Switzerland and Canada. He was head of a bank trust department, president of an investment firm licensed in 47 states and involved in resort real estate marketing and sales. He consults with a wide range of individuals, corporations and entities. Ron Holland can be reached at [email protected]

Previous article by Ron Holland: Bring Back the Articles of Confederation

Freedom, Peace, and Trade 10 Tips On How To Survive a Trip To the Hospital