10 Tips On How To Survive a Trip To the Hospital

Recently by Michael Miles: What to Eat in a Crisis

Recently, blogger Melissa McEwen had an accident that necessitated a trip to the hospital. Here is how it went down in her own words:

I had woken up one night unable to move, on the floor, in a pool of various bodily fluids. Hot and dizzy, I struggled for the phone, stumbling, my ears ringing.

Not too pretty, eh?

Turns out that was only the start of her troubles. After being hospitalized she had to manage the obstacle filled culinary track known as hospital food:

Eating decently at the hospital was a huge challenge. I threw out the idea of being paleo, but I wanted to make sure I was at least gluten-free, so I didn't have to add horrible stomach cramps to the doctor's to-do lists. Gluten intolerance affects 1 out of 100 people…they must have some accomendations? Right?

There are lots of concerns to keep in mind when one is making a planned visit to the hospital, and even more when it is an emergency trip. One of the few books that covers this topic well is the late Robert Mendelson's Confessions of A Medical Heretic. In a highly entertaining and memorable way Dr. Mendelson devotes nearly a chapter to the subject. 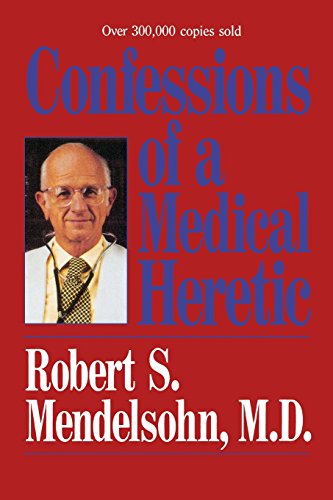 I mention this book time and again despite its age because it really is a primer on how to approach health in an integrated way. Food is really just a small part of the overall picture. If I were teaching a class on health and nutrition this is one of the books that would serve as a foundation for the course.

As Mendelson points out, visiting the hospital is serious stuff, and something most people don't concern themselves with because they are not aware of the shenanigans that sometimes occur in hospitals, nor how terribly wrong things can go. Like our government many Americans think problems here and there are odd and rare, and not endemic to the system itself.

For all our revolutionary heritage, Americans in general seem to have this odd, misplaced, unblinking, and often unconscious respect for credentialed authority, apparently thinking that credentials and expertise somehow cleanse people from the baser parts of human nature like self-willed agendas, petty backbiting, authoritarian behavior, the brazen seeking of power, a cultic mentality, etc.

Anyone who has spent serious time in academia (medical or otherwise) or is familiar with the history of modern medicine knows better, but the hoi polloi seem not to understand.

I'm not going to focus on all the myriad issues at play when one enters a hospital, but keep in mind that the TSA (Transportation Security Authority) and your typical hospital staff have a lot in common. We were discussing this on twitter a few days ago and unfortunately it is very close to the truth that the last two places you want to be (outside of jail or an insane asylum mental health hospital) is an airport or hospital.

What should be places of healing (hospitals) and a means (among other things) to recreational escape (airports) have become war zones over our personal freedom regarding our physical bodies and the freedom to move those bodies. 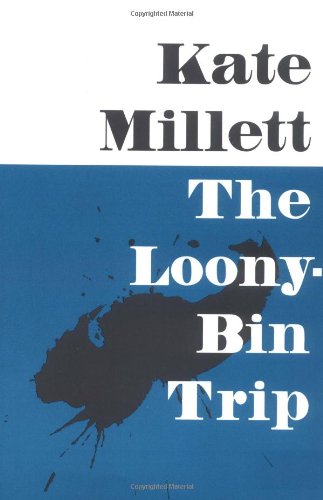 The main difference is that you don't automatically give up your sovereignty as a free standing moral agent when you walk into a hospital, although you may have to fight for it. Unfortunately the same can't be said about the TSA. Though you can refuse the body scanner search, some unknown flunky is still going to grope pat you down if you plan on traveling.

As I said recently in my Happy Secession Day post, "Amerikan style freedom. Gotta love it."

Given the scope of this subject, I will focus primarily on food. If food is important to you (and if you are reading this blog it most likely is very important), you must have an advanced strategy in place should the day come you have to make the trek. Below are ten ways to protect yourself before a hospital visit.

10 Tips On Surviving A Hospital Stay

This is extremely important if you make an emergency trip to the hospital and don't have control of all your cognitive faculties. You will need an ideological nutritional soul mate running interference to make sure your best interest – not the doctor or the hospital – is always first and foremost.

Ideally this would be your wife, husband, significant other, or your family, but I know many of my readers are lone warriors in their quest for health, and may need to seek out a friend to help them. Problem is, while family can often get their way with hospital staff if they know what to do and are obstinate enough, a non-relative will find the going extremely difficult. So this is something you will need to work out beforehand in detail.

My suggestion: your non-relative immediately becomes your relative in the event of a hospital stay. A cousin, an uncle, even a fianc can work. Whatever you do never let on otherwise, or your friend will have no impact in the nutritional ideological sterility that characterizes most hospital environments. 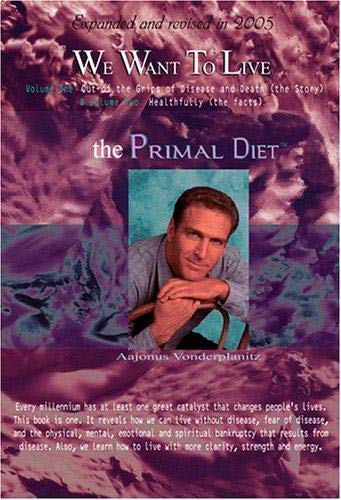 There is no good food in the hospital, period. Melissa mentioned that part of the meal was edible (chicken and rice). She might not think that way if she saw the list of ingredients before each item was taken out of its package. Industrial commercial food is the worst food in the food industry by far. Here is the irony, it is precisely when you are sick that superior quality food becomes even more of an imperative.

There are several ways to handle this problem.

Caveat: many hospitals frown on this practice, so be prepared to bring in meals surreptitiously and dispose of the evidence secretly as well. If the hospital is less than amenable to your friend's culinary courier activity and discovers this is going on, the staff will either keep him/her from bringing anything into the room, or attempt to ban your healthy food advocate altogether if not a close relative. Or you can

The latter tactic will again depend on the policy of the particular hospital you are in. If they search your packages each day (which, unless something recently has changed, they are not allowed to do) then obviously this isn't going to work.

This by the way is where you can learn about policies regarding food brought in from the outside, etc. Again, work surreptitiously. If the staff realizes it was you making calls and doing research, they may treat you as a somewhat suspicious character looking to get around the system. In all you do, you must keep a low-profile.

Visitation rights are a whole other matter beyond the scope of this post. Dr. Mendelson covers this quite well in his Confessions of A Medical Heretic. Suffice it to say that sometimes you will need someone to be there around the clock, but that is a story for another post.

Hospitals aren't prisons unless you are caught in the looney bin trap. You are not under lock and key. A doctor or hospital staff can't keep you confined against your will. If you don't like the care you are receiving, leave! If you can't physically do so yourself, have your family and friends take you out when no one is looking. In some states you can even hire an ambulance service to pick you up!

If need be, have a legal document prepared in advance allowing someone you know and trust to make decisions for you in the event you can't.

If this is not an emergency visit, and you require major surgery you might consider getting treatment outside of the country. In many places the doctors are US trained, with excellent equipment, yet charging a fraction of the price here in the US. The food is better, the overall care is better, and the ideological framework under which the doctors operate is a world apart from the US. In other words they won't treat you like the TSA.

Check out Simon Black's Planting An Off-shore Medical Flag for more information or the myriad of articles covering the topic at International Living.

Check out the ingredients. Oftentimes you are being fed nothing but sugared water. IV's are not innocuous. This is where an enlightened doctor or being treated at home can really come into play. Do your research. There are alternatives.

As mentioned earlier, for your own protection consider the hospital staff on par with the TSA no matter how well intentioned they may appear to you. Even if you are working with the best doctor in the land, the bulk of your time will be spent with the hospital staff. How good is the typical hospital staff? You would do well to remember this quote from Melissa's post:

A well-meaning but obvious ill-informed resident tried to give me a sandwich on white bread. u201CIt's white bread, not wheat, so it's wheat free!u201D he proclaimed. Or if you do go, don't stay unless it is absolutely necessary. If you can be treated at home, then by all means do so.

There is simply no better way – being treated at home – by which you can protect yourself from the often well intentioned but seriously misguided predations of a pharmacologically driven hospital staff where food is not considered of primary importance but rather as an afterthought.

One reason doctors and hospitals have grown so powerful is because we have abandoned the house call and have pretty much relegated it to the elderly when we do use it. When you are on their territory you ultimately are at their beck and call.

When you are on their territory you are subject to the resultant pressures exerted by expensive technology and skyrocketing overhead, thus creating the need for getting as many bodies in and out as possible by taking the path of least resistance. On the other hand, when a doctor is on your turf, you and/or a capable family member control the action. Imagine the following scenario:

Breakfast passed, lunch passed, and soon became clear that I just wasn't going to get fed. I begged the nurse for some food and she returned with some juice, the only gluten-free option, she said, u201Cuntil regular dinner hours.u201D A well-meaning but obvious ill-informed resident tried to give me a sandwich on white bread. u201CIt's white bread, not wheat, so it's wheat free!u201D he proclaimed. Obviously that would never happen under your own roof. Further, can you imagine a future doctor, an "ill-informed resident" making such a stupid mistake about bread and gluten (well, okay, yes that was a rhetorical question)??

This, by the way, is why you need a like-minded friend with you at all times. To run interference. To call the staff to account. To make sure you get fed!

To read a moving story of this in action check out Aajonus Vonderplanitz’s We Want To Live. Still, if you can avoid the hospital altogether, that is the best strategy of all.

The Best of Michael Miles

Previous article by Michael Miles: What to Eat in a Crisis

The New 'Auto IRA' How to Be a Hobo