“Only two things are infinite, the universe and human stupidity, and I’m not sure about the former.” ~ Albert Einstein

Have you ever wondered if you are stupid? I have.

I think if you asked the average person, “What percent of the people are stupid?” they’d most likely answer 70—90%. Most people think that most other people are mostly stupid. I think that’s mostly correct.

When it comes to stupid humanity, I guess I must be one of the stupidest. I reckon that I am stupid because I am not interested in the things that seem to interest most people: Television, professional sports and political elections.

I have no television in my home and, most recently, I missed out on all the excitement of the World Cup; though I did get a chance to view some chat boards where some very intelligent people were debating — I believe you young people today call it “flaming each other” — about whether or not soccer should be called soccer or football; or whether or not it is a true “man’s sport”.

How incredibly happy and content these people must be. I do wish I had the time and flexibility in my life to be concerned with such important matters. But I don’t. I have to try to do mundane things like try to make enough money to eat and pay for a roof over my head.

Besides television programs and professional sports games (manly or otherwise), I also greatly missed out on our last political election here in Japan where, in a recent article, I regretfully lambasted and mocked a former actress and pop singer named Junko Mihara who, to my great surprise, actually won her race and is now a fully fledged member of the ruling class.

The only thing that I did get right in those confused scribblings about now-Councilor Mihara was when I wrote that “she’s just as qualified, if not more, than 99.9% of those clowns we have out there.” Dear reader would already know that most of the idiot politicians we today have are just the spawn of other politicians so all we have to do is to look at North Korea (or the Bush family) to see how political inbreeding usually leads to political birth defects.

Yes. A teenybopper pop star and actress in Japan is just as qualified as any politician. I stick by those remarks. This woman made her career at the very difficult business of show business. Now that she’s paid her dues by allowing us to buy her records, CDs and rent her DVDs, the people, in turn, have given her the right to rule over us.

It was the will of the people to voluntarily give up this right.

I often disparage my own country and, according to my wife, criticize Japan far too often. I do. I like to complain, especially about stupidity.

The part that really amazes me about Junko Mihara winning her election here in Japan is that it seems to me that it mirrors American politics, society and American stupidity in general. Verily, American stupidity has a difficult time trumping Japanese stupidity.

There is an old saying in Japan, “When America sneezes, Japan catches cold.” You had former actors elected to high public office: Ronald Reagan and Arnold Schwarzenegger, to name but two. Now, in Japan, we have Junko Mihara. I look forward to the day when Madonna or Eminem grace us by taking up the torch towards political office and becoming leading American politicians.

The other thing about Junko Mihara winning that interests me is how she won. In pre-election polls, it seemed that she didn’t have the chance of a snow cone in hell of winning. This is interesting because a few other celebrity stars and a couple of famous Tokyo Giants baseball players didn’t win. But Junko did. And now she is part of the upper echelon and elite; free air travel, free bullet train rides, free transportation, a different health care and taxation system than the rest of us dogs.

But, yes, under the free will of the people, the people voted her in. People voluntarily, in a sense, gave her the keys to their house and secret 4-digit-code to their bank accounts.

How could a person like Junko Mihara have won an election? How could the average person even care about this enough to vote? (Unless almost everyone who voted works for the government in one way or another.) Ah! That’s the interesting part. That’s the part where this whole charade really looks like a reflection of American society and politics. You see, Junko Mihara ran with the LDP party; what I like to call the old-old guys ticket. Those are the guys who messed things up so badly over these last decades that the public was in an uproar. The people had had enough! Japan was heading in the wrong direction. The people wanted change and so a nationwide vote was called and, the scoundrels that they are, the old-old guys got trounced and booted from office.

Never again would those conniving dastardly fools of the old-old guys party lord over the Japanese islands. The people wanted change. The people got change. Forever. They elected the new-old guys, the Socialists.

The new-old guys who won that election came in and promptly started reneging on election promises (sound familiar?) and running the government like they were carrying heavy furniture and stumbling down a darkened stairway. The last straw was when the new-old guys said that to help balance the budget (instead of cutting spending) that they were going to double sales tax to 10%! 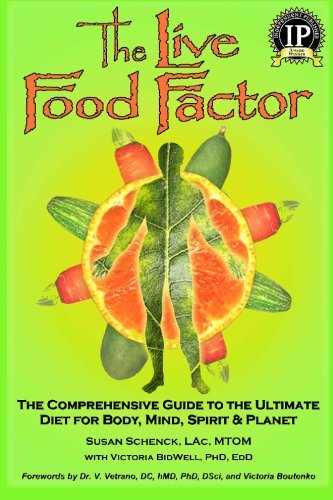 (Hint: Running on a campaign platform where you expect people to get excited about your election by telling them that you are going to raise their taxes is probably a bad idea. Read my lips: Say, “No new taxes” — until the election is over.)

Junko Mihara ran on the old-old guy’s ticket. The old-old guys are against whatever the new-old guys want to do — so they were against raising sales taxes, and presto! Junko Mihara wins her election. Well, of course she won. She was running against some moron who was telling people in public that he was going to raise their taxes. My dirty sneakers could have beaten that idiot in an election.

Future political wannabes should keep that in mind that when thinking about running for political office to wait to run against someone stupid enough to have a promise of “raising taxes” as part of their platform. They say, “Raise taxes!” You say whatever is the opposite and you will win.

And you know what’s going to happen in Japan in another one or two years time? The old-old guys are going to screw things up just as bad as they did before and the people — who have memory spans of about 1.5 seconds — the same as a pigeon — will get upset and vote in someone like the new-old guys again.

Now, this story must be really sounding familiar to you Americans who do have some memory capacity. I remember, not too long ago, that idiot George Bush having a 90%-some approval rating. Then he and his cronies mucked things up so completely that the people got sick and tired of it. The people wanted change. They got change.

“Go Obama!” One of my dim American friends, and former Bush supporter, said to me just after the election.

“How old are you?” I said, “Don’t you even remember a few years ago? We go through this political election nonsense every few years; they all promise to change things, but nothing ever changes. Bush was going to bring a different way to Washington. Before him was Clinton; he promised “Change” too. Don’t you remember? Carter, Reagan, Bush I? Now Obama. When will you ever learn?”

“Give Obama a chance!” My friend insisted. I sighed.

It reminds me of what Albert Einstein said, “Insanity: doing the same thing over and over again and expecting different results.”

Yes. Insanity. Now, in Japan, with the elections just held and the new-old guys getting trounced by the old-old guys we have our change too. Just like you do in America.

Note: No offense to the good: Chris Christie, Ron Paul and Peter Schiff.

The Class That Exploits Us Our Miracle of Pentecost