Is This For Real?

In my previous post regarding the “offensive” Twitter comments that are being investigated by Scotland police, the linked article included this picture. I think they may have borrowed the photo from Twitter user “Mysterious Man.” Now, is this picture for real, or did Infowars or Mysterious Man touch it up to make the Scotland Police look bad? I really hope it’s been touched up, or “photoshopped” in modern phraseology. I can’t believe that police would actually go around in a vehicle stating “fighting against free speech.” (But then, this is 2015 totalitarian Amerka and U.K., however.) 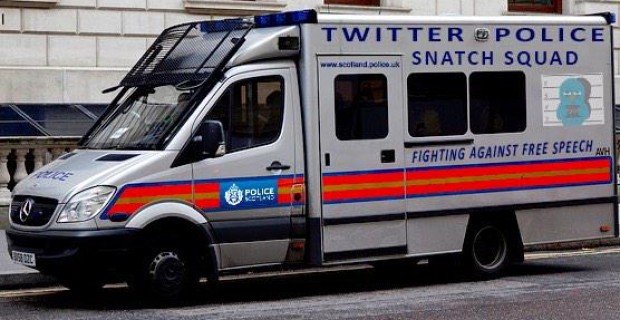