In a Police State, People are Punished for Criticizing the Police 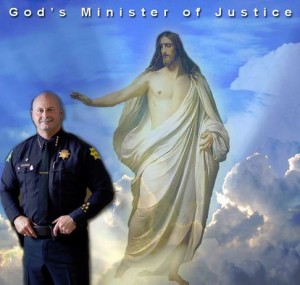 Scott Boyler, a resident of Evans, New York, is a low-level registered sex offender who was convicted of attempting to receive child pornography. He was recently arrested and jailed for several days not for something he had received, but rather something he had posted online – comments critical of the local police in a website entitled “Lackawanna Police Corruption.”

One of Boyler’s recent posts described an illegal cell phone search conducted by an officer he identified as “Joseph `Pig Face’ Leo.” Leo filed a complaint against Boyler, who was arrested for “aggravated harassment.” That charge was quickly dismissed, as the officer most likely knew it would be. But it did lead to Boyler being incarcerated for several days as summary punishment for “contempt of cop,” which was the objective. Boyler has filed a $1.25 million lawsuit.

“If the courts criminalize this kind of speech, there goes the First Amendment,” predicts Buffalo attorney (and LRC contributor) James Ostrowski, who is representing Boyler. “It’s pure political speech that led to his arrest…. This goes back to colonial days when people got arrested for criticizing the king.”

America long ago ceased to be ruled by a monarchy, and succumbed to a more invasive and violent strain of statism in which police officers are seen as “God’s agents on earth,” to borrow Max Weber’s unironic expression. Examples are accumulating of online criticism of the police being punished as a species of blasphemy.

Meridian, Idaho resident Matt Townsend faces trial a spurious “witness intimidation” charge — and a potential five-year-prison term — for a Facebook post criticizing an officer who arrested him without cause. Roseville, California resident Dominic Ray Aguilar was charged with making a “terrorist threat” following a post suggesting that a police officer who had killed an unarmed man should likewise face a violent death.

The late Bob Foster, a businessman from Sunriver, Oregon, was hit with a stalking protection order by police officers as retaliation for his peaceful activism (most of which involved speaking out at meetings of the local home owners association). Santaquin, Utah resident Shawn Peterson lost his job as a short-order cook following a social media campaign organized by police unions targeting his restaurant in retaliation for a Facebook post in which Peterson criticized the police.

Only in a police state are people punished for criticizing the police.