Bukovsky on the Refusal to Submit 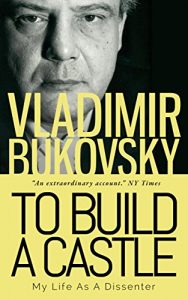 “We had grasped the great truth that it was not rifles, not tanks, and not atom bombs that created power, nor upon them that power rested. Power depended upon public obedience, upon a willingness to submit. Therefore each individual who refused to submit to force reduced that force by one 250-millionth of its sum. We had been schooled by our participation in the civil-rights movement, we had received an excellent education in the camps, and we knew of the implacable force of one man’s refusal to submit. The authorities knew it too. They had long since abandoned any idea of basing their calculations on Communist dogma. They no longer demanded of people a belief in the radiant future—all they needed was submission. And when they tried to starve us into it in the camps, or threw us into the punishment cells to rot, they were demanding not a belief in communism but simply submission, or at least a willingness to compromise.”

~ Vladimir Bukovsky, To Build a Castle: My Life as a Dissenter

The Theology of MarxismPrayer to Saint Michael the Archangel