By Patricia Tolson
The Epoch Times

While there is growing speculation that federal agents and Capitol Police were involved in instigating acts of violence during the Jan. 6, 2021 protests and recording responses for the purposes of entrapment, evidence now proves that “plainclothes” members of a special Electronic Surveillance Unit (ESU) were embedded among the protesters for the purposes of conducting video surveillance. Evidence also points to a day of security deficiencies and police provocation for the purpose of entrapment. 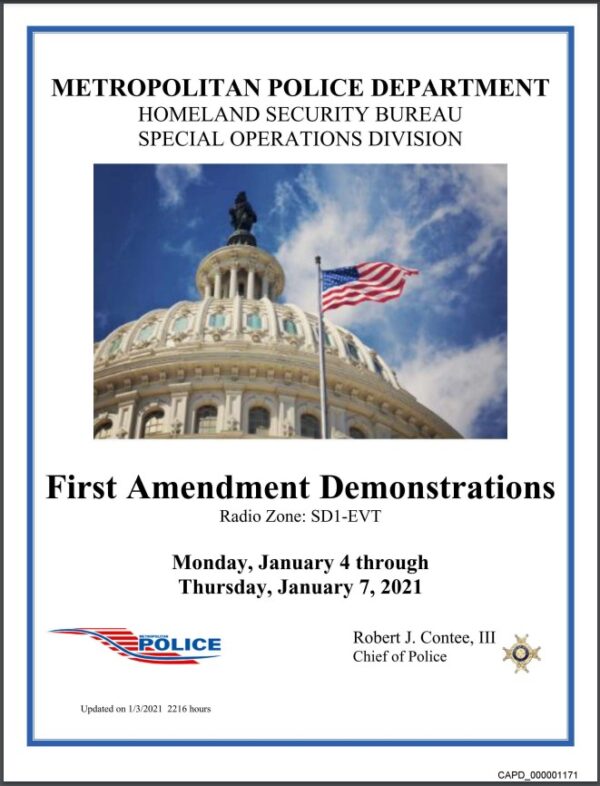 According to the Department of Justice website, “A CDU is composed of law enforcement officers who are trained to respond to protests, demonstrations, and civil disturbances for the purpose of preventing violence, destruction of property, and unlawful interference with persons exercising their rights under law.”

The objective of MPD was “to assist with the safe execution of any First Amendment demonstration and ensure the safety of the participants, public, and the officers.” CDU personnel and Special Operations Division  (SOD) members were to “monitor for any demonstration and/or violent activity and respond accordingly,” according to the report.

There has been speculation that federal agents and Capitol Police were involved in instigating acts of violence during the protests for the purposes of entrapment. As Red State reported in October 2021, “multiple surveillance videos show masked men opening up the doors to the U.S. Capitol Building to allow protesters to enter. In fact, one video shows them entering while Capitol Police officers simply stand around. Yet, we have no idea who those men are.”