Ukraine and the Global American Empire 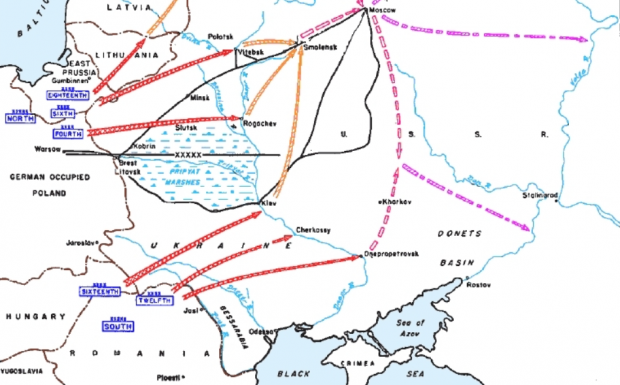 Some have asked for my thoughts on Ukraine.

Since 2014, the Ukraine has been experiencing a quiet civil war, between the Ukrainian majority in the west, and a Russian minority concentrated in the east. The ethnic Ukrainian side in this conflicted has been co-opted by the supranational global imperial monolith. This is the cadre of western elites that determines political, medical and cultural orthodoxy across the world. They control not only all major political parties in most western countries, but also global international consortia from the United Nations to the World Economic Forum to the European Union to the North Atlantic Treaty Organisation. Their goal is to further squeeze Russia by turning Ukraine – including the Russian-speaking eastern regions – into another political constituent of American globalism.

To the Russians – many Russians – this is unacceptable. After the Soviet Union collapsed, the globalists descended upon Russia to rape and pillage. In the years after 2000, NATO expansion was used to hem in Russia along the Baltic. These were hard years, but Russia finally reasserted its sovereignty. Since then, the western globalists have considered unaligned Russia to be their enemy, and they have adopted Ukraine as a convenient proxy against her. Ukraine is useful for this purpose, because it has considerable strategic significance, whether as a gateway to Russia through the open Ukrainian plains, or as a staging ground for American missiles.

The same western globalists who hate Russia, also count us as their enemies, and my sincere advice is to take them seriously in this. They have a kind of myopia for internal political dissidents; we are the unaligned domestic element, Russia is the unaligned international element, and so when Donald Trump is elected to the presidency, this must be, for them, the result of Russian interference.

I keep calling these people American or western globalists, but that’s only one way to understand them. I don’t have anything against Americans; I lived there for many years and have a great many American friends. It is only an historical accident, probably, that America finds itself at the centre of this globalist excrescence, this post-political, post-national order.

Rolf Peter Sieferle, one of my favourite thinkers, wrote about the fundamental conflict, between the globalists on one hand, and the unaligned people like me and unaligned countries like Russia, in more abstract terms. For him, the clash is between “politics” and “system”:1

Politics belongs to an older stratum of existence, ordered in terms of the state and of history, crystallised in statesmen, leaders and ideologues. It has programmes, values and goals. What is required are virtues and commitments directed towards a super-ordinate whole. The last resort of politics is war – the willingness of the individual to sacrifice himself for a higher cause, for his community.

System characterises newly emerging orders of higher complexity, which successively displace politics. Systems organise themselves without focus, without values, goals or programmes. Their only maxim is freedom and emancipation for individuals. Virtue and sacrifice are anachronisms. Wars are nothing but catastrophic conflicts that must be prevented through skilful management. Order is created by objective, autonomous constraints, not by a normative orientation. The structures of systems are as inescapable for individuals as a magnetic field is for iron filings. They do not “know” anything about it, but they conform to their predefined paths. The most important processes are not controlled and can hardly be grasped theoretically.

System has largely prevailed in advanced “western” countries. Yet the rest of the world in many ways still thinks politically. This strikes the West as anachronistic fundamentalism. …

The system-globalists don’t recognise the legitimacy of Russian strategic interests, or the legitimacy of anybody’s strategic interests. Globalists do not have security concerns in that way. Many of them even believe their own hollow rhetoric, that they are spreading freedom and democracy, even after these last two years of experimentation in forced vaccination and intermittent mass house arrest. Even if they don’t believe all of that about democracy, they nevertheless imagine that they are missionaries of light and goodness to all peoples everywhere, and that human potential will only be fully realised, when every last Russian is on Facebook and subscribed to Amazon Prime.

The global American empire doesn’t invade; that is not what systems do. It assimilates. It is basically a borg that imposes economic and political constraints on an ever expanding expanse of the globe, which progressively fatten, distract and deracinate populations, with a view towards blending them into the same shallow multinational consumerist soup. Their plan was to make Ukraine part of the borg, and in this way further encroach upon Russia. Russia responded in political fashion, by taking up arms. Because the western borg never knows when to stop, Ukraine will now be destroyed and probably partitioned, as a means of keeping it forever outside the western globalist fold.

However much the globalists like the idea of encircling Russia with NATO, in their saner moments they’re not actually willing to risk nuclear war to defend the easternmost reaches of Europe. For the globalists, Ukraine was just a pawn. After they finish throwing their tantrum, they’ll go pick another proxy fight somewhere else, and ruin some other country; and they’ll also continue to grind away at unaligned unassimilated internal dissidents within their borders too. They make no distinctions here.