The Supreme Court Is Not the National Abortion Control Board

Pro-life conservatives were disappointed last year when—thanks to Bush appointee John Roberts—the Supreme Court, by a vote of 5-4, in the case of June Medical Services LLC v. Russo, ruled that a Louisiana law requiring physicians who perform abortions to have admitting privileges at a nearby hospital was unconstitutional. These conservatives don’t mind if the Supreme Court functions as the national abortion control board as long as it rules in favor of restrictions on abortion.

The phrase comes from the dissenting opinion of Justice Byron White, joined by William Rehnquist and Chief Justice Warren Burger, in the case of Planned Parenthood of Central Missouri v. Danforth (1976). In this case, the Supreme Court struck down as unconstitutional the provisions of a Missouri law requiring spousal (in the case of a married woman) or parental (in the case of a minor) consent to obtain an abortion. 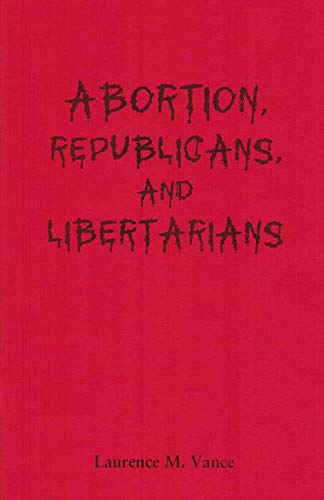 The evidence discloses that the result is a desirable one, or at least that the legislature could have so viewed it. That should end our inquiry, unless we purport to be not only the country’s continuous constitutional convention but also its ex officio medical board with powers to approve or disapprove medical and operative practices and standards throughout the United States.

It can also be found in numerous articles by conservatives over the years, including, most recently, “The Supreme Court Has Failed in Its Role as the National Abortion Control Board,” published by the Heritage Foundation, a conservative think tank. In the article, Clarke Forsythe, the senior counsel of Americans United for Life, after mentioning a new study (Unsafe 2021) by his organization revealing that “at least 180 abortion facilities in 32 states have been cited for failing to ensure a safe and sanitary environment for their patients,” concluded that “the Supreme Court has completely failed in its self-appointed role as the national abortion control board, or else these violations would have come to light years ago.”

Self-appointed or not, the Supreme Court is not the national abortion control board. As Ron Paul has written: “The federalization of abortion law is based not on constitutional principles, but rather on a social and political construct created out of thin air by the Roe court.”

It doesn’t even matter how one personally feels about abortion. Under the Constitution and our federal system of government, it is an issue that the federal government should not be involved with in any way. The federal government should have no more to do with abortion than it should have anything to do with the crimes of armed robbery, rape, murder, assault, battery, burglary, shoplifting, child abuse, manslaughter, prostitution, stalking, domestic violence, indecent exposure, theft, disorderly conduct, insurance fraud, public drunkenness, embezzlement, jaywalking, texting while driving, running a red light, speeding, and pickpocketing that occur every day in the fifty states.

Before the Roe v. Wade decision in 1973, thirty states prohibited abortion without exception; sixteen states banned abortion except in the case of rape, incest, life or health threat to mother, and/or fetal impairment; and four states allowed abortions in nearly all cases before the fetus was viable.

What would happen if the Supreme Court recognized that it was not the national abortion control board? Even in the twenty-three states where Republicans control the legislature and the governorship, I doubt that abortion would be prohibited without exception. Most likely, abortion would be banned except in the case of rape, incest, or life or health threat to mother. In the fifteen states where the Democrats control the legislature and the governorship, I suspect that abortion would be permitted, with few restrictions, up to a certain number of weeks or months of pregnancy. In the other states, there would be something in the middle.

But regardless, the Supreme Court should cease being the national abortion control board.

I have written a number of articles on the topic of abortion in which the issues raised in this article are treated more fully. Most of what I have written on the subject can be found in a small book of mine titled Abortion, Republicans, and Libertarians (2020). It contains the following:

These essays on abortion, Roe v. Wade, and Planned Parenthood, and their relation to Republicans, libertarians, and Ron Paul were written during the period from January 2008 to March 2020 for the Future of Freedom Foundation and LewRockwell.com. Although I believe that abortion is a heinous practice, this is not a book against abortion. But it is the most unusual book on abortion that you will probably ever read. The themes in this book are the Constitution, federalism, and the proper role of government and the ignorance, hypocrisy, inconsistency of many pro-lifers, Republicans, and libertarians when it comes to abortion, Roe v. Wade, and Planned Parenthood.

Previous article by Laurence M. Vance: The Politicians We Need