On the one hand, the American public should be encouraged to receive long-awaited word on a high priority case that has taken longer to locate a suspect than it has to find and charge more than 300 criminal defendants. For reference, only 800 people entered the Capitol that day, and files have been opened on 540 suspects, so the universe of “unidentified assailants” belongs to an ever-shrinking universe.

On the other hand, as discussed below, these revelations raise as many questions as they bring answers. 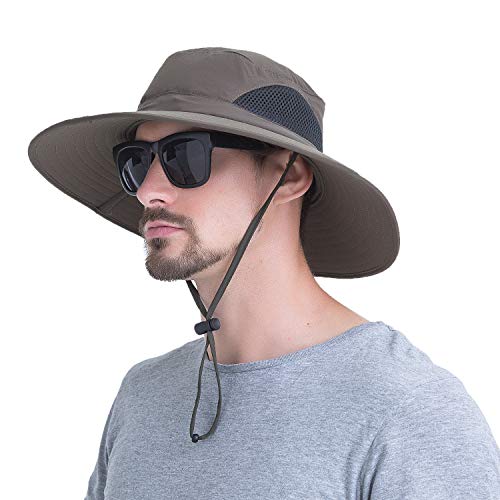 Assuming their veracity, however, they fully vindicate MAGA of the original “Blood Libel” murder charge that antagonists have sought for seven straight weeks to pin on the tens of millions of supporters of the 45th President, which sins would pass down the generations and history books concerning the events of 1/6.

According to the New York Times, the FBI has made “a significant breakthrough on the case,” pinpointing a single unidentified assailant as the prime suspect. That suspect was evidently seen on video spraying irritant at officers and discussing attacking the officers with the irritant beforehand. 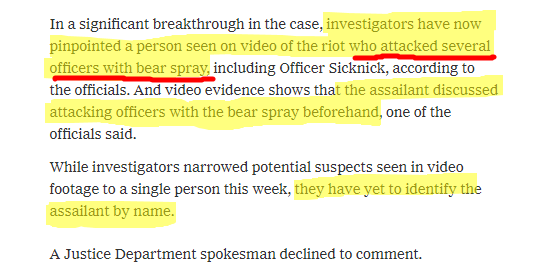 It is unclear if the New York Times intended to definitively imply the irritant was “bear spray” when their own FBI sources said only “irritant” in the paragraph above and the authors speak generally of “irritants” below. 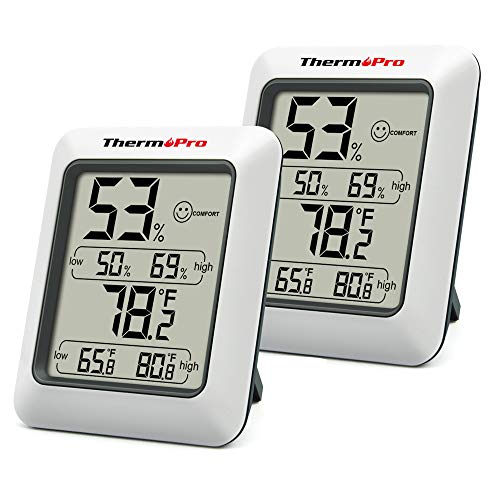 The credibility of the New York Times being so low, we cannot rule out the possibility that the article’s authors simply used “bear spray” and “irritant” interchangeably, leaving uninformed readers to assume that “bear spray” was the culprit.

We still don’t have the toxicology report, which by now even the Washington Post is acknowledging is “unusual after 7 weeks,” so the truth is anyone’s guess.

But while taking the time to inform readers about different classes of irritants, the New York Times casually leaves out that bear spray is actually significantly less dangerous and more humane than pepper spray, and is indeed the tamest class of nonlethal crowd control irritants. So at best, the New York Times was being sloppy and bad journalists. At worst, they were deliberately deceptive, hoped you didn’t notice, and just deceitful primed you with the image of a snarling “bear” to insinuate the most lethal, aggressive or primal intent.