I’ve written in the past about the Q-Anon phenomenon, something that I remained skeptical of but enjoyed like following from time to time like a supermarket tabloid; it has recently been declared a domestic terror organization and has also been attacked by the ADL and the World Jewish Congress, which I find is almost odd considering that “Q” had posted many times neoconservative oriented comments that attacked Iran. For example, from this one remaining site online currently devoted to Q-Anon (that is, the one site of which I am aware) that archives “his” “8Chan” and “8Kun” Q posts they included: 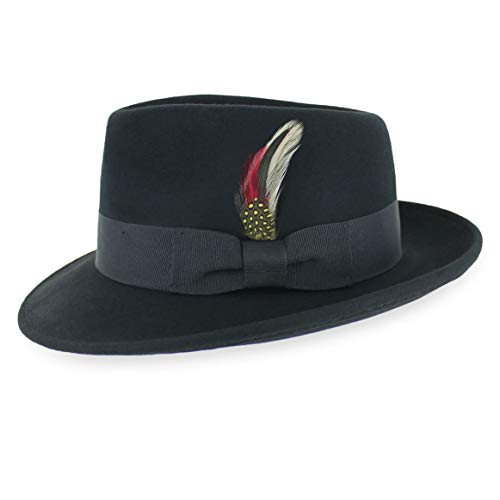 People have the power.

We stand with you.

We are saving Israel for last.

Of course, we never learned the “specific reason.” For what it’s worth, Sheldon’ Adelson’s widow doesn’t believe that Trump is an anti-Semite and proposed “that a new chapter be included in the Jewish bible, the Book of Trump.” I have no idea if she agrees with the ADL and WJC position on Q-Anon; perhaps she does.

Q-Anon never posted anything of consequence about the State of Israel, good or bad. To me, Q was deferential to Israel and Lew Rockwell recently posted on Political Theater an interesting article that “Q-Anon” might have been an FBI psy-op. (See here on Psychological Operations in general.) Blogger Caitlin Johnstone years ago quoted Julian Assange here saying reports disseminated by Q-Anon supporters that he had been set free (from the Ecuadoran Embassy), “Probably a black PR campaign amplified by CIA contractors to reduce the support for WikiLeaks.” I cannot say since I lack facts if Q had any links to any U.S. or foreign government, like a joint Israeli-British-CIA-FBI-Saudi operation (it seems Russiagate might have had its origins principally with the British) or Q-Anon was an example of the “free market” in action—something to support Trump and make money, but I suspect it was more sophisticated than that.

Yet even though followers were told to “trust the plan,” “trust Huber,” “trust Horowitz” and “stealth bomber Bill Barr” would come to the rescue and jail the evil doers who attacked Trump, it seems to show now, after Biden is President, that anyone with common sense would understand they’d been played. Trump has “lost” the election, didn’t drain the “Swamp” and if the Empire hasn’t struck back, the Swamp certainly has with a vengeance.

Nevertheless, many Q-Anon supporting video channels that migrated to BitChute (among other platforms,probably Gab) continue to attempt to keep followers in line in effect admonishing followers to “just be patient,” the “god-emperor Trump” will be triumphant, just you wait.  And wait. And wait. And wait…

It is on BitChute here:

As I’d written, I was suspicious of Q-Anon for not supporting anyone who resisted actual tyranny, and for promoting the concept of “digital warriors,” that is, those who sit on their bottoms and type on social media, resulting in liberty and freedom for all—by relying on poor Trump, who I believe was himself a “pacification” and “Doxing” operation.

The author Roosh V, whom I learned about from the website Russian-Faith, recently wrote on his blog about Q-Anon:

QAnon is a government or deep state psyop that was modeled on the Soviet Union’s Operation Trust. In that scheme, the Bolsheviks controlled an opposition movement with genuine opposition leaders who had already submitted to the communists in secret. These fake leaders gave aid to local resistance cells with the goal of identifying the active opposition to then delay or obstruct any plans they had for attacking communists.

“Operation Trust” was a Bolshevik counterintelligence operation run from 1921 to 1926 aimed at neutralizing opposition by creating the false impression that a powerful group of military leaders had organized to stop the communists’ takeover.

QAnon is essentially the digital version of Operation Trust. An alleged insider who is on our side has been sharing privileged, sensitive government information through coded messages that convince millions of conservative Americans to stand down, do nothing, and “trust the plan.” Q was the perfect operation for the type of conservative who wanted their leader to do all the hard work so they could read astrological messages on the internet while in a persistent state of comfort. Anything that leads to your inaction—whether a strongman who is on “your side” or an elaborately designed digital operation that accomplishes the same—should be viewed as a scam.

More information on Operation Trust is available here. Of course, Q “digital warriors” mock such a suggestion. As for my opinion, I think any operation like Q-Anon that lies, dissembles, controls, gives false hope and makes people targets of very powerful enemies is contemptible.

On January 24th, The Off Guardian Posted “The Will to Believe: Americans and their Divine Masters” in which Edward Curtin notes:

My faith is that the corporate mass media hypnotists who work for the owners of the country will continue to pump out their religious spectacles and that the various congregations will support their masters as always. The will to believe runs very deep and hand-in-glove with the propaganda. Life’s hard and it’s tough to be without a master.

“Men don’t become slaves out of mere calculating self-interest,” writes Ernest Becker in The Denial of Death, “the slavishness is in the soul, as Gorky complained.”

Propagandists’ ability to mesmerize the faithful has increase exponentially as the technological life has increased and been promoted as de rigueur.  This on-line life is propagated as a new religion whose embrace is said to be inevitable and whose faith one must accept as the missionaries for its miraculous nature spread the word far and wide.

Followers of Q-Anon would be better off, however, learning important truths from sites such as LewRockwell.com and making real human connections, not digital, virtual ones, but I fear too many never will.

Covid-19 and the Shifting ZeitgeistVaccine Controversies: the Case for Freedom and Informed Consent