Will The us Face Civil War if Not Revolution?

None other than the head of the largest hedge fund in the world of 140 billion dollars, Ray Dalio, says the US faces revolution if not civil war based on his economic analysis of current events.  This highly disturbed the deep state.  Next, his son went up in flames.

The Rothschild agent today behind all the upheavals in the US is George Soros.  He is behind BLM and by extension ANTIFA.  The upheavals are designed to create a new world order ostensibly with George Soros as Trotsky ruling the world on behalf of his masters.  The foreign nation leading the PSYOP OPERATION connected to the Rothschild group has the goods on Biden and helped create the coronavirus chaos and the stolen election.  Biden will act as a foreign agent as did Kerensky for the British who toppled the Tsar to keep Russia in the war.   In other words, he is guilty with his Vice President of treason. The Kaiser then toppled Kerensky putting in Lenin-Trotsky to rule Russia via Parvus who was an agent of Baron Eduard de Rothschild.  See video below.There is talk that a great reset has been put in motion by the Bilderberg Group who are destroying the world economy in lockdowns reminiscent of the disorders in Germany created by Baron Eduard de Rothschild who stole the entire wealth of the German nation in the great hyperinflation reset supervised by his agent Rudolf Havenstein who was President at the Reichsbank in the 1920-1923 period.  The Trotskyite oligarchs on Wall Street today and their industrial captains wealth has soared in the.lockdowns 27% while the poor are evicted from their homes.   Baron Eduard, who ruled the world from Paris, nevertheless found his favorite reset known as the corrupt and degenerate Weimar Republic fall to pieces between 1929-1933 creating the very opposite of the Baron’s intentions as the German military put in their spy Adolf Hitler into power, and we find the Baron fleeing Paris for his life in 1940 as the Prussians marched into Paris singing songs of hatred against usury.  The best laid plans of mice and men often come to naught.

The obvious solution is Martial Law which  brings us to the state of the US military and why it has not yet intervened in the burning of the US cities which was clearly a form of an organized insurrection.  The problem is that the  United States Military today is largely a myth.  The armed forces were integrated during the Korean War as the blacks at the front were picked on by the North Koreans and Chinese armed forces to attack and immediately ran for it.  The US had two choices.  Expel the blacks from the armed forces or integrate them.   They chose the latter and the US has not won another war since essentially losing the Korean War.  In the Vietnam War there were black mutinies on ships in the Navy and the blacks shot the white officers if they dared walk through the camps in Vietnam.  More white officers died from being shot in the back by blacks then called fragging than by the North Vietnamese or Vietcong.  We lost that war as we lost the wars in Afghanistan and in Iraq. 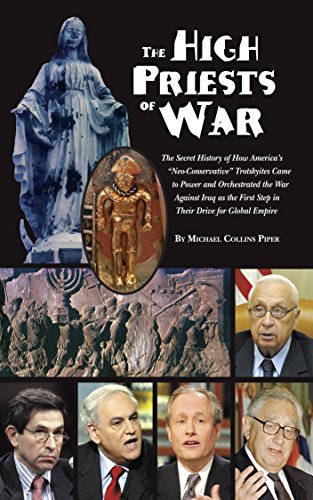 The US Army will never stand up to the Chinese Army of a hundred million men that they can call up especially since it has been completely modernized and the Japanese could not defeat them in World War Two even with their modernized armies against a primitive one.   I am assuming that nuclear weapons will not used as gas warfare was not used in World War Two though it was used in World War One.   The Russians can field an army of ten million men that they can call up in another war.  As to NATO, there is not a chance in the world that the US will use nuclear weapons to defend Europe facing the loss of 200 million Americans which is presently otherwise indefensible using conventional weapons.  In fact, NATO would lose the war in five to ten minutes as the Russian hypersonic missiles demolished the NATO airfields destroying the only preponderant weapon of air power that NATO had that could stop the Russian shock armies reaching the English Channel in two weeks.  The US used nuclear weapons in World War Two as the already defeated Japanese did not have them and Hiroshima and Nagasaki were nuclear bombed to deter Russia from taking the rest of Europe.

The question was asked during the riots as to why the US military did not intervene but watched helplessly while hundreds of cities burned as Chicago, New York City, etc.  This is explained by the military authority Alan Sabrosky that we give a short summary of his background first.  It completely parallels what I have already reported in this series of essays.

Alan Sabrosky, Ph.D, is a retired Marine officer and former Director of Studies at the United States Army War College‘s Strategic Studies Institute where he held the position of The Douglas MacArthur Chair of Research. He received The Superior Civilian Service Award in 1998. He has taught at The United States Military Academy at West Point; Georgetown University; The University of Pennsylvania; and the Johns Hopkins University School of Advanced International Studies.

The military will split politically if not racially if it is ordered to quell riots or an insurrection under orders from POTUS.   POTUS can Federalize the National Guard but the National Guard in disaffected states like Oregon and Washington may not all obey. Navies and air forces are traditionally the most vulnerable to revolutionary propaganda, having the most people who have gone through college and thus been exposed (in the case of the U.S.) to the same “cultural Marxist” indoctrination as their civilian counterparts. Even the Army and Marine Corps are not immune – does no one recall the photos a few years back of a group of graduating black female West Point cadets giving the “black power” salute while in uniform? None was disciplined, they are likely captains today, and they are NOT alone out there.

The question that POTUS has to pose to himself is that if he acts as the coward Tsar Nicholas to leave under a compromise to go to chop wood as the Tsar said he would, he may find them coming for him and his wife, and children and grandchildren as they did the Tsar and have him and his family shot by firing squad by our Trotskyites that now dominate the Democratic Party.   They shot the Tsar, his wife, daughters and son in a basement.   In other words, if he lets them steal the election it may well cost him his life and that of his family. 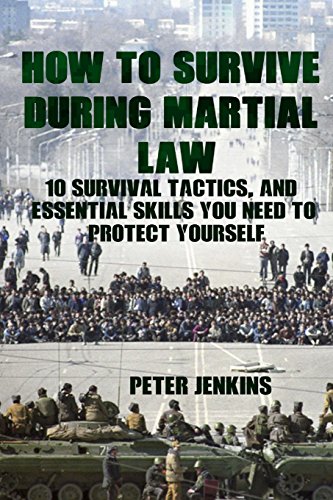 As to the idiots in the Congress like Senator Lindsay Graham, he should look to what happened even to the sympathizers of the Bolsheviks in the Duma as Trotsky had the entire Duma slain.  Every single member was shot.

Professon Sabrosky gives us a picture of the future for Trump and the US if he backs down and does not declare Martial Law:

Want a precedent if Trump stands aside?  Think Russia in 1921 at the end of its civil war, when the Bolsheviks defeated the Whites and their foreign allies. Think of what followed in the Soviet Union, in relatively short order. What happens in the Democratic People’s Republic of America (or whatever it comes to be called) is likely to be far, far worse.  The Tsar’s cowardice caused eight million civilians and 1.5 million combatants to die in the period from 1917-1922.

Donald J. Trump is not a coward and he will follow the example of Andrew Jackson.  I predict he will declare Martial Law to save the US as Jackson would.

Lynching the ConstitutionCovid-19: The Emergence of the Pandemic Industrial Complex