It's Late, But There's Still Time

In their first debate, the president of the United States, challenged by the former vice president, performed poorly — even by his own estimation.

If memory serves, an instant poll showed that the American people, by 47-43, thought Walter Mondale had bested Ronald Reagan in the Louisville debate where the president made such gaffes as citing the high cost of the military’s “food and wardrobe.”

By week’s end, reflecting the press commentary, 80% of the country was of the view that Mondale had crushed Reagan.

Democrats were cheering Mondale as “The Louisville Slugger.”

Among Republicans, there was real alarm. Had The Gipper “lost it”?

The president blamed his staff for stuffing him like a pelican with facts that he spent much of the debate trying to regurgitate. This set the scene for the second debate in Kansas City where Henry Trewhitt of the Baltimore Sun put to Reagan the question raised by the first debate:

“Mr. President, I want to raise an issue that I think has been lurking out there for two or three weeks and cast it specifically in national security terms. You already are the oldest president in history. And some of your staff say you were tired after your most recent encounter with Mr. Mondale. I recall yet that President Kennedy had to go for days on end with very little sleep during the Cuban missile crisis. Is there any doubt in your mind that you would be able to function in such circumstances?”

Reagan stepped into the pitch:

“Not at all, Mr. Trewhitt, and I want you to know that also I will not make age an issue of this campaign. I am not going to exploit, for political purposes, my opponent’s youth, and inexperience.”

Came then the kicker. “I might add, Mr. Trewhitt … that it was Seneca, or was it Cicero … that said, ‘If it was not for the elders correcting the mistakes of the young, there would be no state.'”

“Fritz” Mondale joined in the laughter. The cloud that had hung over Reagan’s campaign since Louisville lifted. And we all knew it, even a media that wanted to see Reaganism repudiated. 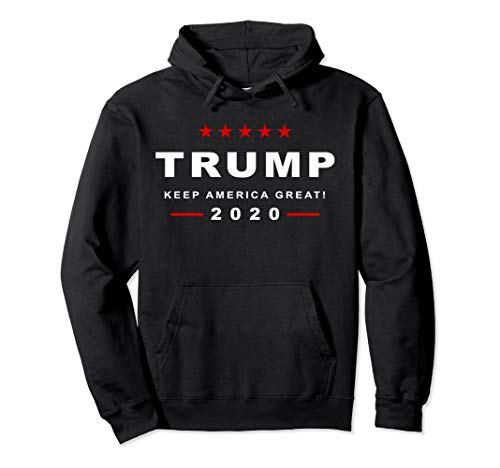 Rereading Reagan’s reply of 36 years ago, one can see that it was not spontaneous, but a product of preparation. And the old actor knew how to deliver the lines. The age issue instantly vanished, and Reagan, weeks later, would sweep 49 states, losing only Mondale’s Minnesota.

Which brings us to that less courtly affair of Tuesday last.

It was a debacle, and, more crucially for Trump, a major lost opportunity. His objective going in was to leave 90 minutes later with several goals achieved.

First, show, by contrast with the Joe Biden on stage beside him, that he was the stronger, superior leader to handle the pandemic and economic crises of 2020, and the racial crisis that has erupted since the Memorial Day death of George Floyd.

Second, to let the country see itself that Biden was too weak — and too captive to the Bernie-AOC-BLM-antifa radicals — to deal with the crisis created by the criminal elements that have ravaged the cities of Portland, Seattle and Minneapolis.

Trump’s need was to show that while he may have lost the Mr. Nice Guy competition of 2020, in the situation we are in now, the nation needs a strong leader — not a good buddy.

What happened on that stage in Cleveland?

The insults, the interruptions, the name-calling and the yelling became the story of the debate, the “worst in presidential history,” a “dumpster fire” in which Trump, Biden and moderator Chris Wallace were all complicit, with Trump fingered as the instigator.

Millions of Americans likely walked away saying, “What a mess!” More difficult to imagine is that undecided or Trump-leaning voters would have come away saying, “That’s the leader we’ve been looking for.”

Trump has two debates left to achieve the goals he failed to achieve in Cleveland. He and his campaign need to tie Biden to the repellent elements of the Democratic Party and their radical agenda on remaking an America that the extreme left visibly detests, or to force Biden to repudiate those elements.

Trump’s rallies continue to reflect the energy, enthusiasm and affection of his followers. But in four years, the rallies have not changed the math.

For Trump to rise into competitive range, Biden must fall, and Trump must appear the necessary and only alternative, even to folks who are not that fond of him.

Trump’s assignment in the next two debates: Link Biden to the people — and their agenda — in his coalition whom the national majority detests. Make Joe repudiate both. And let Biden’s performance expose his own inadequacies.

The presidency hinges upon whether Trump can succeed in this. And the next two presidential debates will likely give us the answer.

Previous article by Patrick J. Buchanan: All the Chips Are on the Table Now