The Robin Hooders and robo-traders do not have enough common sense, apparently, even to lay off the “buy” key for a single day in honor of last night’s political shit-show. And the explanation is not hard to find.

The financial markets are so utterly corrupted and broken by the Fed’s own monetary shit-show that all it took to trigger another buy-the-dip paroxysm this AM was a lame hint by Stevie Mnuchin – bar of soap in hand – that he’s fixing to knee-pad his way up to Capitol Hill. Presumably, the bipartisan assemblage of fiscal predators lying in wait will again have their way with the hapless Treasury Secy and Wall Street will finally get the Everything Bailout 5.0 that it desperately craves.

What we are getting at is that for all the sanctimonious tut-tutting emanating from the MSM about the Donald’s bar-room brawling during the fisticuffs with (truly) Sleepy Joe, they are blind, deaf and dumb when it comes to the far larger matter that was at issue on the stage in Cleveland – one that goes way beyond mere manners and decorum.

To wit, how is it that a desperate electorate in Flyover America put the Donald in the Oval Office in the first place?

Self-evidently, it was not that he had a coherent program or any relevant experience, and most certainly not owing to him possessing a temperament even remotely suitable for the job of President. Even the rubes in the left-behind rust belt precincts of Pennsylvania, Michigan and Wisconsin, who put him over the top in the Electoral College, understood that the Donald had been an obnoxious braggart and blowhard his entire life.

No, the Donald won because the Establishment and its leading institutions – the Imperial presidency, the PAC-owned Congress, the military-industry-intelligence complex, the Fed, Wall Street, the NGOs and think-tanks and, most of all, the mainstream media – have morphed into an arrogant, elitist, hypocritical, self-perpetuating ruling class that is failing miserably. And at the center of those great pods of failure is the fraud-ridden institution – the nation’s un-elected, out-of-control central bank – that has enabled the entire establishment to go to seed.

The sheer lunacy of systematic, sustained and heavy-handed falsification of financial asset prices and massive monetization of the public debt has at once:

To be sure, after casting what amounted to a Hail Mary vote for the Donald in 2016, Flyover America has (again) gotten the short end of the stick. That’s because 47 months latter the Donald may well have done less harm than did Joe Biden in the past 47 years, but, still, he has also proven – if there were ever any doubt – that he is no kind of latter day Paul Revere, throwing life, limb and his dubious fortune into saving the Republic from the depredations of the gathering left-wing mobs. 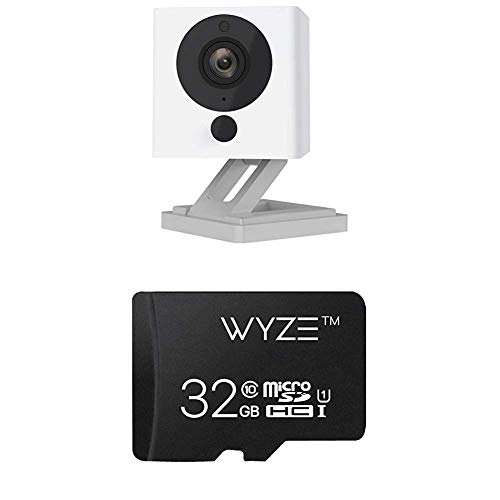 To the contrary, the Donald is now, always has been, and forever will be solely in the business of his own self-glorification and the gratification of his insatiable ego. In fact, the man has raised narcissism to heretofore untrammeled heights and has given megalomania an altogether new definition.

This much is so damn self-evident that you have to marvel at the way in which the conservative pundits and Foxite toadies have succumbed to a modern day rendition of the Naked Emperor. Last night the Donald was not standing up for America, patriotism, the average Joe, law and order, the Second Amendment, any other part of the Constitution or a better tomorrow. He was just having a buck naked bar fight because bully-boy rowdyism and chest-thumping intimidation is what he thrives upon.

That is, notwithstanding all the morning-after attaboys from the Right, the Donald only managed to cast a few glancing blows on seminal issues like Biden’s calamitous embrace of the Green New Deal, the myth of systematic racism and white supremacy, the folly of more Covid lockdowns based on purported “science”, and the final wreckage of the badly listing US health care system via nationalization, otherwise known as Medicare-for-All.

In only one case did he draw affirmative blood and that was with respect to the Dems risible Supreme Court packing scheme. Here, at least, the Donald put the wood to Sleepy Joe good and hard and on an issue that matters greatly.

Indeed, if the transcript which follows had been repeated even a handful of times during the 90 minutes, the so-called Dumpster Fire in Cleveland would have been worth the bother. But Chris Wallace’s one effort at being a neutral moderator with the question “Will you tell the American people whether or not you will support….packing the court” ended thus:

BIDEN: Whatever position I take on that, that’ll become the issue. The issue is the American people should speak. You should go out and vote. You’re voting now. Vote and let your Senators know strongly how you feel.

TRUMP: Are you going to pack the court?

TRUMP: Are you going to pack the court?

BIDEN: Make sure you, in fact, let people know, your Senators. 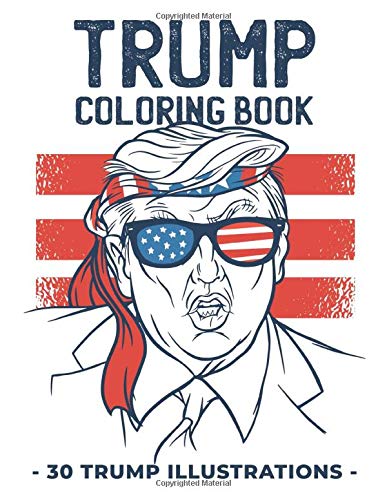 TRUMP: He doesn’t want to answer the question (sic!).

BIDEN: I’m not going to answer the question.

TRUMP: Why wouldn’t you answer that question? You want to put a lot of new Supreme Court Justices. Radical left.

BIDEN: Will you shut up, man?

BIDEN: This is so un-Presidential.

TRUMP: He’s going to pack the court. He is not going to give a list.

Needless to say, the Donald also may have asked Biden:

Alas, the Donald had no time for policy. Never has.

His modus operandi is to attack, belittle, insult and smear.

Yet even in that modality, he did manage to do a solid for the public good. That is, he smoked out the systemic, relentless and shameless mendacity by which the ruling elites deny and expurgate any an all efforts to expose their malign misdeeds.

In this case, it was with respect to the documented $3.5 million wire transfer from the wife of the ex-Mayor of Moscow and Russia’s richest woman, Elena Baturina, to Hunter Biden. As the Senate committee recently revealed based on actual intercepts from Fedwire:

As it happened, Hunter Biden was no more of a qualified investment manager than he was an expert on Ukrainian gas production, but he was intimately connected to an apparent Dem schmear. In the case of the above mentioned transfers to BAK USA, it had involved none other than Governor Andrew Cuomo (D., N.Y.), who had recently announced in a press release the grand opening of BAK USA’s new global headquarters, proclaiming,

BAK’s decision to locate its global headquarters in Buffalo is another success story for this city and for START-UP NY….the expansion of the global headquarters, one of the first American firms to produce its own-branded electronic tablets, is complete…

Buffalo has become a leader in high-tech manufacturing and Bak USA’s newly completed expansion in the heart of the city means new jobs, more economic activity and more momentum for a region already on the move. Bak USA’s successful expansion in Western New York is yet another example of companies coming to New York and staying here to grow their businesses in our state.”

Alas, a year or two latter BAK USA was defunct. As Stephen Watson of the Buffalo News reported in 2019, “The company’s recent filing for Chapter 7 bankruptcy liquidation shows Bak USA has $39.4 million in debts and just $147,000 in assets.”

Quite a hole, that. Or the residue of plunder, as the case may be.

Yet when the Donald brought up this smelly chain of events, Sleepy Joe just stiffly swatted it away as a matter completely untrue and fully debunked.

Well, yes, the recipient of the funds was not Hunter Biden’s personal checking account, but a Rosemont Seneca Thornton LLC bank account and that’s where the Dem spin machine attempted a “gotcha”. It seems that Hunter Biden was indeed a co-founding partner along with Devon Archer, a former staff to John Kerry, and Chris Heinz, the latter’s stepson and billionaire heir to the Ketchup fortune, in a firm called Rosemont Seneca sans the “Thornton LLC” bit.

So according to the Dem spinmeister: Mistaken identity, Fedwire tracking number an all!

Actually not at all. It seems that the Rosemont trio had reached out to a top-drawer partner to extend their global reach. That happened to be a Massachusetts-based consultancy called the Thornton Group, hence the added name on the checking account which received the Moscow wires. Yet that did not stop the Biden spokesman from insisting that Hunter was not a co-founder of Rosemont Seneca Thornton LLC, even though his firm, Rosemont Seneca, was just one lawyer’s document removed.

As it further happened, the Thornton piece of the Russian-money receiving LLC was controlled by one James Bulger. The latter was the son of former Massachusetts state senator and Dem bagman, Billy Bulger, who, in turn, was the brother of the notorious mob hitman James “Whitey” Bulger.

The latter, of course, had famously been a Boston crime lord who turned FBI informant and had been run by none other than, well, Bobby “three sticks” Mueller. That was back in the day when Mueller was perfecting the art of squeezing his targets as he moved up the food chain of purported miscreants.

In any event, James Bulger’s firm had a Chinese counterpart called Solebury Thornton (Beijing) Consulting Co., Ltd. Together Thornton LCC and Solebury Thornton claimed to function as a cross-border capital intermediary whose purpose was to facilitate the strategic vision of its clients by providing advisory services and deal structuring expertise.

Moreover, Bulger’s partner in the China side of the enterprise was Michael Lin, who was also the principle behind BAK USA!

Truly, you can’t make this stuff up.

So it should not be surprising that the Thornton LLC and Solebury Thornton combo positioned itself as a “bridge” between the East and the West by “combining its Western business experience with its unique Chinese local market insight and network.”

Sure thing. But stay tuned for Part 2. The moral of the story is the modern Democratic Party is anchored in this kind of sleaze and grift (think the Clinton Foundation), yet has the audacity to dismiss any and all attempts to expose the truth as unworthy skullduggery based on nothing other than right-wing conspiracy theories.

Hopefully, during the next debate there will be a moderator who doesn’t keep giving Sleepy Joe a hall pass whenever the Donald is asleep at the switch, as he clearly was in this case when after landing the punch he failed to dispatch his opponent.

Previous article by David Stockman: How the Stock Market Got To Be Out of Touch With Reality

It's Late, But There's Still TimeLetter From Tennessee