Medical examiner’s memorandum on Floyd’s toxicology report proves cause of death to be drug overdose, not murder.

By George Parry
The American Spectator

These charges were based on the autopsy performed by the Hennepin County Medical Examiner’s Office and a private “re-autopsy” performed at the request of the Floyd family’s attorney. Based on those procedures, the medical examiner issued a revised autopsy report stating that Floyd had died of “cardiopulmonary arrest complicating law enforcement subdual, restraint and neck compression.” In short, Floyd’s death was allegedly caused by the manner in which the police had restrained him.

But the police defendants were charged before the medical examiner had received the report of Floyd’s toxicology screen by NMS Labs of Horsham, Pennsylvania.

Then, on May 31, 2020, NMS Labs forwarded Floyd’s toxicology report to the Hennepin County Medical Examiners’ Office.

And that’s when the proverbial fecal matter hit the fan.

At 7:30 p.m. on May 31, 2020, prosecutors “met” online with Dr. Andrew Baker, Chief Medical Examiner of Hennepin County, to discuss Floyd’s toxicology report. Take a look at this recently released June 1, 2020, memorandum by Assistant County Attorney Amy Sweasy of that discussion. 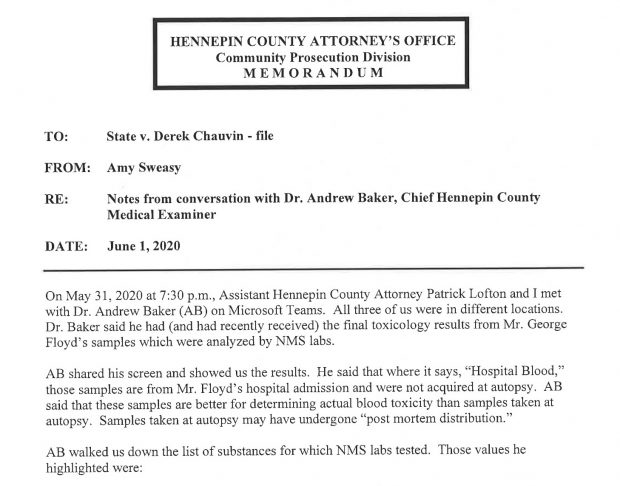 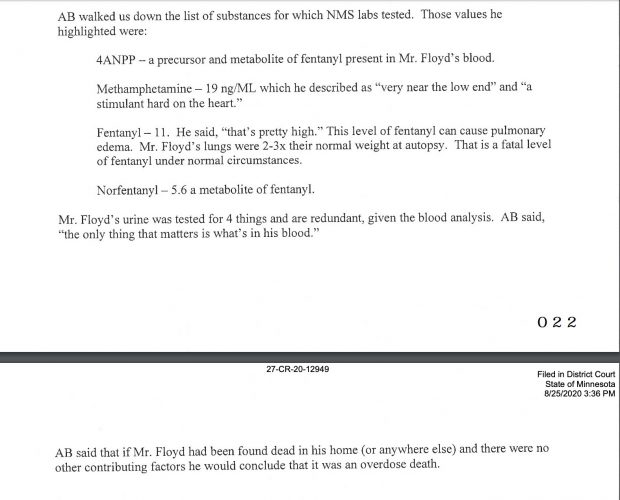 Where Will All These War Games Lead?America’s Private Militias of the 19th Century