Sports and the Election

Of the twenty-five sectors, first a look at those whose net rating (net positive minus net negative) was the lowest: 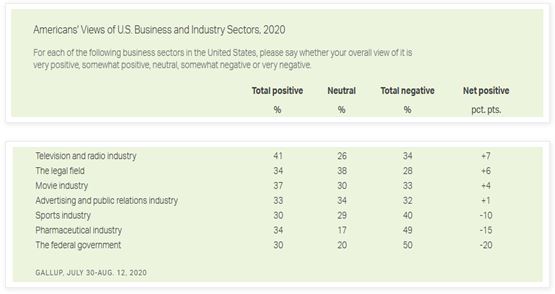 The federal government is at the bottom.  I would like to be happy about this, but we don’t know if it is because people feel it is doing too much or not enough.  In any case, Pharmaceutical and sports aren’t much above it, with most of the remaining cellar-dwellers in industries that work to shove garbage down our throats.

Focusing in on sports, what is really interesting is how far it has fallen in one year; no industry has fallen further:

Even more interesting, the change in net score for the sports category in a year is negative in every mentioned grouping: 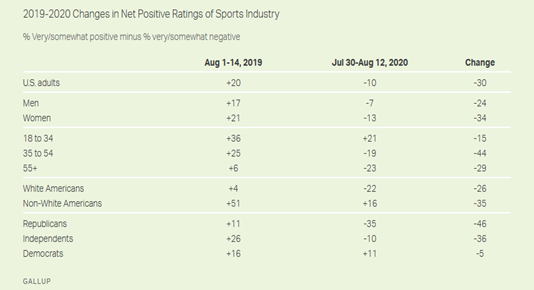 Gallup does not explain why this is.  I will take a crack at it.  For sports, two things are different from a year ago: first, sports seasons were interrupted or cancelled – hence, people are expressing their disappointment in this; second, in those sports that have restarted, and especially in professional basketball, there is one message above all other – even more important than which team wins the game. 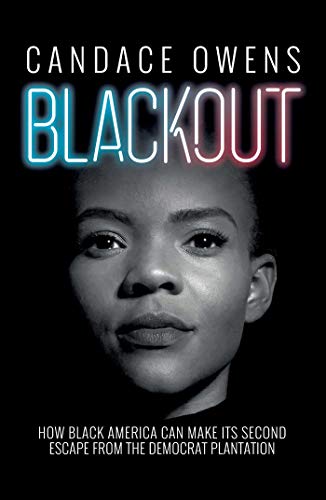 To the first possibility, that people are disappointed that seasons were interrupted or cancelled.  This is also true of the restaurant industry, yet it ranks third out of twenty-five in net positive ratings; it is true of both education and travel, yet these rank mid-pack, still with a good net positive rating.  So, perhaps it isn’t this.

Maybe, instead, it is the other thing – the messaging that demonizes its audience, based on half-truths and lies and with the obvious objective of bringing chaos and destruction.  And, maybe, this is what it has in common with the other cellar-dwellers: they are all killing us with lies.

If it is the other thing, the results by the various demographic categories are telling: the net positive ratings decrease from last year is more pronounced in the ages that are far more likely to vote, as those above age 30 are up to two times more likely to vote than those who are younger.  Further, the rate of change is more in non-white Americans than in white Americans, and almost as pronounced in independents as in republicans. 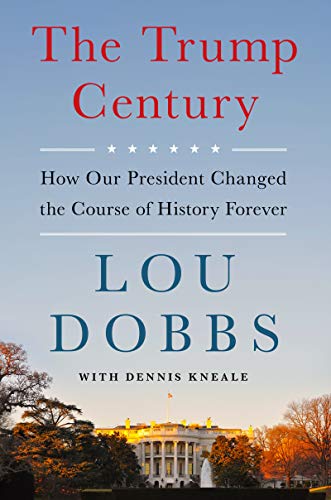 I am going to suggest that this will be reflected in the voting in November – assuming current trends hold.  And why wouldn’t they?  This weekend, we get the start of the National Football League, and we have been promised more of what the NBA has been giving us: messaging that demonizes the majority of Americans – messaging that, it seems, even non-white Americans might not appreciate.

Other polls, directly regarding the election, are showing results or trends favorable to republicans – even among minorities.  But nothing grabs the emotion like sports.

If the cause behind the dramatic fall in the net positive view of sports is as I believe it is, then this could be quite telling for November.  The fall is greatest in those age groups most likely to vote, it is significant in the non-white population (normally described as democrat voters) and in independents, who, I guess, could choose to vote either way.

The republicans, therefore Trump, could win in a landslide this November.  Not that election night will tell the tale.  There are elements both inside and outside of the government who won’t be happy about such an outcome.  I don’t suspect they will go quietly.

Previous article by Bionic Mosquito: What of Rights?