GSTAAD—It snowed during the last two days of August up here, and why not? We’ve traded freedom of speech for “freedom from speech,” so on an upside-down planet, snow in the Alps in August is the new normal. The world is suddenly a grim place, a sick prank when you think of it, a kamikaze fantasy with the bad guys winning and being cheered on by the left and the media. The virus is now a metaphor, religion having been cast aside by the global elite who follow only their interests and think of the rest of us as cannon fodder.

Reading the papers a couple of weeks ago, I noticed that only Daniel Hannan in The Sunday Telegraph brought up that 100 years ago Jozef Pilsudski, in the Miracle of the Vistula, saved the Western world from godless communism by stopping the Soviet hordes from extending to Weimar Germany. Imagine the coverage and celebrations if it had been the other way round. Europe owes Poland its freedom, but you wouldn’t know it by the way the media and the E.U. treat that great Catholic country. In America, most leading journalists—propagandists, rather—are still smitten with leftism and continue feeding the public lies about mob rule as they did back then about communism. The New York Times’ Moscow correspondent Walter Duranty, a Stalin pimp, targeted foreign reporters who defected from the party line. Many were recalled. Stalinist horrors went unreported, just as today Antifa’s and BLM’s urban guerrilla looters and killers are downplayed by the Times and shown as peaceful protesters. 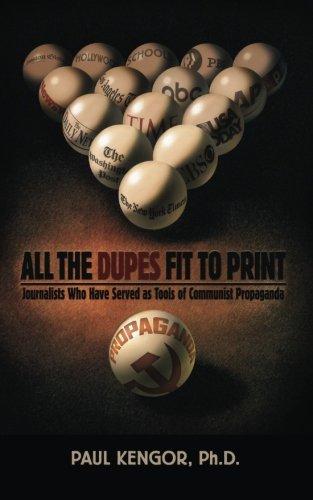 Mind you, Poles are not the only ones to be ignored by media catering for the elite. The one-sided reporting of undeniable goings-on in America is a real eye-opener. The burning down of public buildings and small family businesses, the intimidation of townships of whites, the false reporting of BLM and Antifa crime sprees, all taking place in cities and towns run by Democrat mayors, is ignored by the mainstream media. The New York Times has forfeited the public trust by failing to point out the obvious: that the riots and the destruction have been tolerated by Democrat-run cities in order to end the Trump presidency. Instead, like Biden, they blame Trump for them. Allow me to quote Biden on a different matter, Afghanistan, while he was Obama’s vice president: He is talking with Richard Holbrooke, who is pleading with Biden not to abandon Afghan friends and pull out. “Fuck that, we don’t have to worry about that, we did it in Vietnam and got away with it.” That’s the next president, who asks us to trust him. He then told Holbrooke that his argument of not abandoning friends was “right-wing crap.”

It’s the cynicism that gets me. This filthy old man (he’s seven years younger than me) has lied throughout his life and has gotten away with it. He makes Trump sound as if The Donald had taken truth syrup. Biden knows how to lie, Trump does not. Biden is in the pocket of the elite and of the left—a strange alliance, you might think, but one that has formed before our very eyes while we slept.

Sports and the ElectionLibertarian Positions