Why Affirmative Action Must Go

A rather small number of black organizers and activists used the death of a black man, George Floyd, to accuse the country of systemic racism. Understood, there are always factions forming that promote their causes, but they do not win goodies for themselves unless certain factors are operating on their side. In this case, a whole bunch of American institutions rapidly knuckled under. Even if there is only feigned acceptance of what the BLM activists are selling, nonetheless, all sorts of people and organizations have been kissing ass. Suddenly, businesses and universities are promoting workshops and diversity training. All sorts of ridiculous social behavior are being promoted, and if you do not accept it as an employee or a student, you are asking for trouble.

Not for a moment can one say that all these institutional players have suddenly seen the light and decided to go on a search and destroy mission against the fake enemy known as systemic racism. They have surrendered without a fight for a very good reason, which is that the loud activist minority has a big stick to whip them with. That stick is a legal system and a set of laws that fully support affirmative action in all its forms, manifestations and extensions. The identity minorities can make a lot of legal trouble. They can make boycotts. They can loudly make bad publicity with accusations. They can picket. They can smash windows. The trouble they make would be nothing, absolutely nothing, if they didn’t have legal recourse as a threat. But they do possess this threat. The threat is the Affirmative Action complex, and they can play off this with other threats arising from labor laws. Lawsuits are only the beginning of the troubles that a minority can stir up against institutions, once they have the law on their side. And they do. The negative results of Affirmative Action are broad and ongoing. They are still developing as time passes and as minority groups discover how far they can stretch the law to cover new cases and situations. 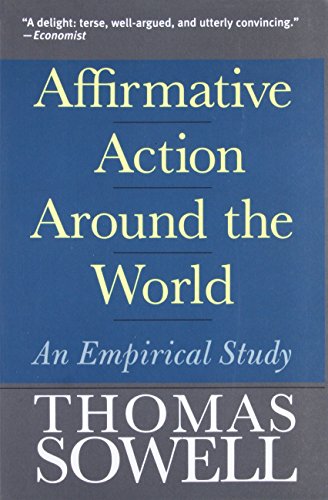 Factions do not act out of Christian charity or morality. They take as much as they can possibly get. The law in a society like ours with many factions held in check must not enhance the power of any given faction without endangering the stability of the entire society, and that is what is happening.

The threatened segments are not all going to bend before such threats. A college president, a mayor and a governor can all surrender their institution and the people they are supposed to stand up for because they aren’t losing as much personally as some couple whose home is being attacked.

In the end, Affirmative Action must be curbed. That is the only way to curb the ambitious use of power of minority intellectuals who are pushing to expand their power and reach. This has always been the right thing to do from the moment it mistakenly became law or regulatory edict. It simply has taken a long time for the negative consequences to play out. I doubt that even today there is wide recognition of the damage done to the American polity by Affirmative Action. It has been a far-reaching blunder. It empowered black intellectuals in universities, for example, and allowed them to secure a base where they could gain an unheard of degree of influence on many aspects of university and department policies, including hiring, raises, tenure decisions, department allocations. Affirmative Action is what facilitated the invention and teaching of radical racial ideas in universities. 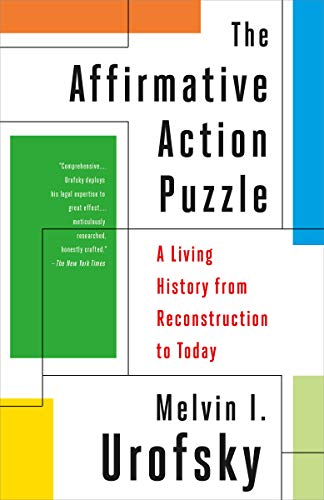 As a general rule, no government can levy widespread taxes as ours does and then channel those taxes to the benefit of narrow factions. People will not support a government unless there is more or less a widespread or general dispersion of the taxes across broad sectors of the society. There cannot be any grossly inequitable dispersion to any sector, be it banks, medical companies, the military, the politicians themselves, or to a racial minority without upsetting the equilibrium.

And there cannot be one sector that bosses around all the rest in social matters either. The law cannot discriminate without generating forces against the government and its laws. Affirmative Action discriminates and the more that its implications are used to benefit a faction, the greater the social conflicts being generated. If Americans wish to preserve a good government, which in relative terms means an equitable or color-blind government, then Affirmative Action must go.

There cannot be the fundamental transformation that Obama and BLM wish for because the society won’t take it or accept it without breaking apart. Without equity felt by major factions, the equilibrium that supports government will go out of kilter. It will totter and fail. This failure is not going to happen. Before it can happen, there will be a reaction against BLM, against its agenda, and this will amount to drawing a line against the complex of laws we call Affirmative Action. Sooner or later, the government and the courts will have to halt the expansion and extension of racial quotas, denunciations, labor laws and other racial accessories if the society is to survive as a stable entity.

Anthony Fauci and the Galactic MuseumLet’s Talk US Foreign Policy: It Is the Root Cause of Many Evils