I downloaded the 82-minute Millie Weaver video from YouTube before YouTube removed it. The blank YouTube screen now says “This video has been removed for violating YouTube’s policy on hate speech. Learn more about combating hate speech in your country.”

I watched this video, and while I can’t say I caught every word, I caught nearly all of it. There were some revelations in it from two whistleblowers that were new to me, and they are of some importance in understanding where data collection has gone and where it’s going, and the grave dangers for liberty.

The video is still available in other places if you hunt for it. Here is one source that’s currently up and running. Here is another source. 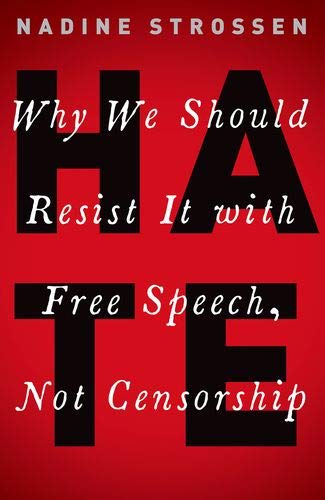 My main reason for this blog is what the title says: “YouTube censorship is ridiculous.” This company is full of it. I didn’t see any hate speech whatsoever in any part of this video. I’m not saying it’s an A-1 production or that it’s worth 82 minutes of your life. I’m just saying that YouTube is coming from some very strange and very weird place to say that this video needs to be removed because it contains hate speech. Their idea of “hate” must be really far out, really crazy, because all we have here are two people explaining what their jobs were relating to government, data collection, and how these data are being used by certain companies for profit, and being used in ways that are corrupt and threaten liberty.

This case of this documentary is just one case. There are now hundreds of cases like it in which YouTube selectively removes content for reasons that appear to be political and to involve censorship of political-related views that their censors disagree with. YouTube is like a newspaper that has a definite political slant and publishes only material in accordance with that slant.

However, what sort of outfit does YouTube pretend to be? You will find their mission here. This is where we see that we’re entitled to conclude that they are lying to us about “hate speech” in this instance.

YouTube claims “Our mission is to give everyone a voice and show them the world.” Well, obviously NOT. There are 3 voices being silenced at a minimum, the two whistleblowers and the host, Millie Weaver.

YouTube claims “We believe that everyone deserves to have a voice, and that the world is a better place when we listen, share and build community through our stories.” Well, UNTRUE. Not everyone deserves a voice, according to their eliminating this video. And the world is NOT a better place, YouTube is saying, if our minds are exposed to Millie Weaver and her guests, who, I remind you, are not spewing hatred whatsoever. YouTube advocates an INCLUSIVE policy, and then turns around and actuates an EXCLUSION policy. What a bunch of clowns and hypocrites the people doing this inside YouTube must be.

The gigantic hypocrisy of these cowards gets worse. Their mission page goes on to tout “four essential freedoms that define who we are.” And these include “freedom of expression” and freedom of information”. What sort of idiots in a major company like this can profess these ideals and then turn around and do the very opposite? It makes no sense unless we understand that they are paying no attention to their mission. Instead they’re simply censoring whatever they feel like censoring according to their own political preferences. What a rotten way to behave, to act as if you’re nobly providing the world with a forum for freedom of expression, and then to turn around and delete what you please. But that’s YouTube for you.

And I’m afraid that they are far from being alone. Hypocrisy is a sign of our times. At a debate, a Kamala Harris can slice and dice Joe Biden for being a segregationist. She can look, act and sound as if this is truth and she means it. But then she can turn right around this week and laugh it all off, suggesting that it was just a “debate”. So, how is anyone supposed to know when Kamala Harris means what she says or does not? And when she talks with others, be they foreign leaders or fellow senators, how does she expect to know what they mean and what they do not mean if she views truth as being dependent on the situation at hand? How can anyone operate where trust and truth are reduced to grains of sand being shifted here and there by the winds of voices jabbering away? What else does it all mean, except the rejection of truth and one’s word of honor, when YouTube strongly proclaims its basic beliefs and then does the opposite?