Yoram Hazony, author of The Virtue of Nationalism and one leader of a new “national conservatism” project, recently wrote an important and compelling article for Quillette titled “The Challenge of Marxism.” Hazony says out loud what few Western intellectuals will admit, namely that liberalism is not holding and has not triumphed in 2020 America and Europe. We have not reached the end of history.

Our criticism lies not with Hazony’s thesis, but with his particular conception of what liberalism is, what it has become, and what it should be.

Hazony laments, correctly, the expressly Marxist takeover of once liberal institutions, especially “mainstream media, universities, tech companies, philanthropies, and government bureaucracies.” Marx, it turns out, has not been contained to the faculty lounge. Instead an identity-focused variant of Marxism, with new class jargon and new victims, finds support in newsrooms, corporate boardrooms, advertising agencies, arts, and every reach of politics. The rapidity of this illiberal shift worries him, and ought to worry all of us, as it threatens to replace favored Enlightenment doctrines of freedom, justice, and legal equality with rigid new forms of oppressor-oppressed class narratives. 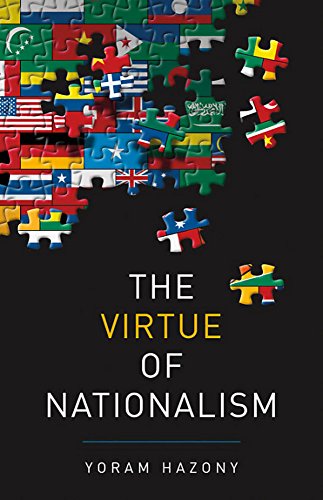 Worse still, the Marxist campaign by definition destroys what came before it. This includes traditions, religion, and an intellectual landscape of open inquiry from which conservatives like Hazony urge us to draw commonality. Once liberalism succumbs to Marxism, and not incrementally, the very way we organize society is cast into chaos:

But while Marxists know very well that their aim is to destroy the intellectual and cultural traditions that are holding liberalism in place, their liberal opponents for the most part refuse to engage in the kind of conservatism that would be needed to defend their traditions and strengthen them. Indeed, liberals frequently disparage tradition, telling their children and students that all they need is to reason freely and “draw your own conclusions.”

The result is a radical imbalance between Marxists, who consciously work to bring about a conceptual revolution, and liberals whose insistence on “freedom from inherited tradition” provides little or no defense—and indeed, opens the door for precisely the kinds of arguments and tactics that Marxists use against them. This imbalance means that the dance moves only in one direction, and that liberal ideas tend to collapse before Marxist criticism in a matter of decades.

Certainly Hazony is correct in his analysis of Marxism’s swift resurgence in America and the West, and rightfully concerned about it. But there is a nagging sense that Hazony does not quite get the antidote to Marxist revolution—liberalism—correct. Yes, an ersatz form of liberalism has failed in the West and appears to be in full retreat. That form, however, is mostly just a vague lump of beliefs today’s liberals hold, or at least held twenty minutes ago. It is not the rigorous and definable conception Ludwig von Mises provided one hundred years ago. And I fear Hazony uses liberalism as a general catchall term for what today’s liberals claim to believe, rather than a coherent doctrine.

This concern surfaced in my 2018 interview with Hazony, where I gently suggested he had superficially misread Mises as some avatar of hyperrational homo economicus. In fact, Mises took pains throughout his work to consider culture, language, nationhood, religion, and intermediary institutions standing between individuals and uncaring markets. To Hazony’s great credit, he agreed to read more and reconsider Mises.

The Quillette article, though, evinces Hazony’s ongoing perspective of what we might call modal liberals. Absent moral grounding in religion, eschewing tradition and history, and hostile to individual nation-states, Hazony’s liberals lack intellectual mooring against the mob. When Marxists come for them, it is far easier and professionally far wiser simply to stay quiet and hope for the best. 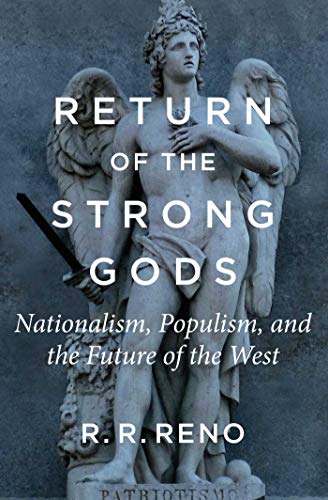 This vague kind of ungrounded liberalism explains Hazony’s persistent tendency to take political and ideological pronouncements at face value. Thus self-appointed liberals, from Noam Chomsky to Hillary Clinton to Mises and Hayek, are all cut from the same cloth. If they say they’re liberal, they are. But there is a big difference between Hillary Clinton and Ludwig von Mises which cannot be dismissed merely by broadly terming both liberals or even “neoliberals.” This kind of imprecision does Hazony no favors.

Yet this Hazonyite caricature of liberalism is hardly made up out of whole cloth. It arose in the second half of the twentieth century, and persists in the twenty-first, among the self-proclaimed classical liberals populating many nonprofits, NGOs, media outlets, and Beltway think tanks. It is the liberalism of the Cato Institute and the Brookings Institution, of Professor Deirdre McCloskey and Professor Nadine Strossen, of David Brooks at the New York Times and David French at National Review. These quasi liberals, like left progressives, share a profound sense that history has an arc: everything will get better all the time, if only recalcitrant Americans stop resisting the program. It requires relentless political universalism, one set of rules and one kind of government for everyone, everywhere.

In this view, liberalism is a way of thinking, a kind of enlightened worldview adopted by good people. Liberalism becomes almost undefinable by its breadth: an interconnected passel of open-minded and tolerant attitudes across a swath of “social” issues. Cosmopolitanism, reason, tolerance, feminism, antiracism, and a healthy degree of support for egalitarian democracy are at the fore; economics is not the focus. Yes, free markets and property rights play a supporting role, but modal liberalism is more concerned with human self-actualization made possible only with the correct kinds of left-cultural attitudes. Markets work, they make people better off materially, and most of all they yield the kinds of societies and people liberals like.

The questions for this brand of liberalism write themselves. Do its adherents really think the twentieth century represents a liberal triumph in the West? Has mass democratic voting produced liberal societies? Are Brexit and the Trump presidency illegitimate per se, or merely because liberals didn’t like the outcomes? Looking at the last century, should we count two bloody world wars, central banking and fiat currencies, income taxes, the rise of managerial superstates, vast social insurance and welfare programs, and diminutions of property rights unimaginable to our grandparents as liberal programs? What exactly is liberal, and what is not?

The aforementioned Mises explained this one hundred years ago. His conception of liberalism, particularly found in his interwar books Nation, State, and Economy (1919) and Liberalism (1927), show Mises grounding the organization of society in property and market cooperation: 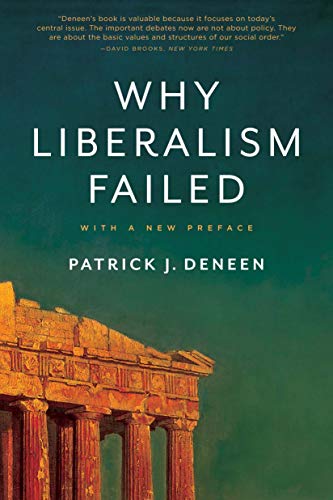 The program of liberalism, therefore, if condensed into a single word, would have to read: property, that is, private ownership of the means of production (for in regard to commodities ready for consumption, private ownership is a matter of course and is not disputed even by the socialists and communists). All the other demands of liberalism result from this fundamental demand.

Side by side with the word “property” in the program of liberalism one may quite appropriately place the words “freedom” and “peace.” (Liberalism, p. 19–20)

Here we condense Misesean liberalism down to its definable essence: property, freedom, and peace. There is nothing mushy or fuzzy here. For those willing to read on, Mises provides definitions.

This Misesean program, supplemented with his endorsement of aggressive self-determination and national secession to deal with inevitable political disputes, presents a very different and far more precise form of liberalism. 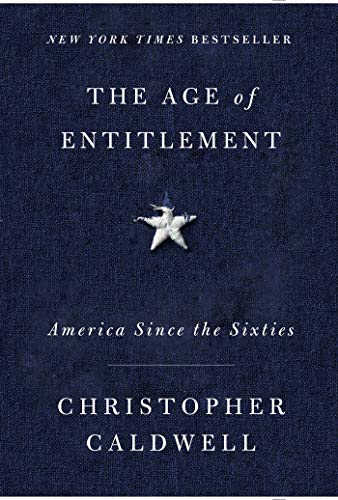 Would Hillary Clinton or Paul Krugman, both Hazonyite “liberals,” hold property as sacrosanct and argue against zoning or redistributive taxes? Would Kamala Harris or Rachel Maddow argue that freedom ought to include the ability to enact localized abortion or gun laws? Would Joe Biden, supporter of Black Lives Matter, condemn the burning of auto dealerships in Kenosha as dangerous preludes to that most illiberal possibility, namely outright civil war?

Dr. Hazony’s overly broad conception of liberalism as simply the worldview of liberals may render it meaningless. I am sure he would agree that we don’t fight Marxism with platitudes or displays of tolerance; we fight it with a robust and better set of clearly defined principles: property, self-determination, markets, and peace. Mises—not vague platitudes about tolerance emanating from the dying political class—provides the polarity opposite Marx. Mises’s “mere” economics is in fact the understanding of human cooperation and choice in the face of scarcity, and it gives us the blueprint for organizing a wealthy and just society. To the extent conservatives like Hazony can agree with this blueprint, Misesean liberalism is the robust counter to Marxist authoritarianism. But Hazony must give up a significant degree of state if he hopes to preserve any degree of nation.