Why the Marxist Left Loves Lincoln

“No leader of a powerful nation” should allow such a thing as “the dismemberment of the Soviet Union.”

A July 27, 2019 article in the Washington Post by Gillian Brockell was headlined, “You Know Who Was into Karl Marx?  No, not AOC.  Abraham Lincoln.”  Following up on the New York Times’ 2017 weeks-long celebration of the centenary of the Bolshevik Revolution in Russia, the Post was doing its part to celebrate and promote Marxian socialism by crowing that “the first Republican president . . . was surrounded by socialists and looked to them for counsel.”  The message being conveyed by the Post was that this is what all American presidents should do.  They should listen to and obey the Washington Post, in other words.

Much of Lincoln’s socialilstic “counsel” came from Horace Greeley’s New York Tribune, described by the Post as “the newspaper largely responsible for transmitting the ideals and ideas that formed the Republican Party in 1854,” many of which were “overtly socialist.”

It is little wonder that the ideas promulgated by the New York Tribune, the mouthpiece of the Republican Party, were overtly socialist:  Karl Marx himself was a twice-weekly columnist for the paper from 1852 to 1862, contributing over 500 articles.  An April 1957 article in American Heritage magazine entitled “When Marx Worked for Horace Greeley” spoke of how “the organ of . . . the new Republican party, sustained Karl Marx over the years when he was mapping out his crowning tract of overthrow, Das Kapital . . . The Tribune was not only Marx’s meal ticket but his experimental outlet for agitation and ideas during the most creative period of his life.”  Without this financial support, “there might possibly – who knows?—have been no Das Kapital” and maybe even no “Lenin and a Stalin as the master’s disciples . . .”   Much of what was written in The New York Tribune by Karl Marx “went bodily into Das Kapital.” 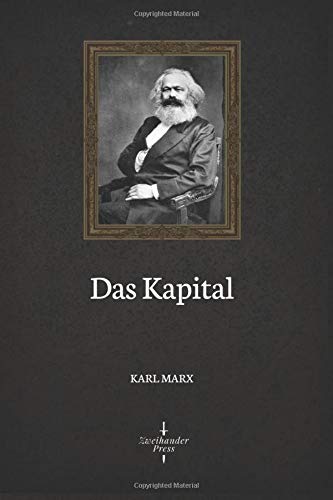 Lincoln was an avid reader of the Tribune since it was “the” voice first of “respectable Whig opinion” and then of the Republican Party.  He addressed his letters to Greeley as “Dear Friend Greeley.”  Lincoln and Karl Marx personally communicated as well and had a sort of mutual admiration society.  Upon being reelected, Lincoln received a letter from Marx saying, “We congratulate the American people upon your reelection by a large majority.”  Lincoln responded with a thank-you letter.  The Washington Post, meanwhile sounded absolutely giddy in noting that “Once in office, [Lincoln’s] alliance with socialists didn’t stop.”  That “alliance” was not only political or literary:  Lincoln’s army was filled with so-called “48ers,” German immigrants to America who had participated in failed socialist revolutions in Europe in 1848, the year of publication of The Communist Manifesto by Marx and Engels (See Lincoln’s Marxists by Al Benson, Jr. and Walter Kennedy).  The Post brings all of this up in order to make the point that, despite President Trump’s occasional references to Abraham Lincoln in support of his populist agenda, the most appropriate use of the Lincoln myth would be to promote their crusade for socialism in America. 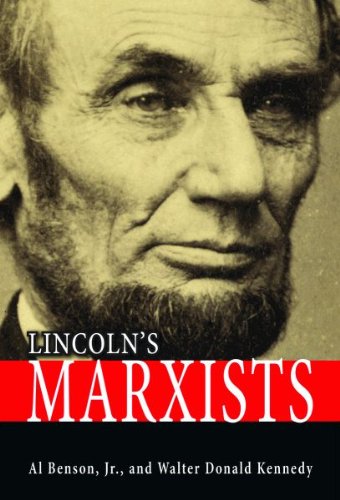 There is nothing new about this. At their 1939 national convention the American Communist Party adorned its stage with a gigantic image of Abraham Lincoln alongside a large image of Vladimir Lenin and held Lincoln-Lenin Day rallies in New York City.

In other words, far from defacing the Lincoln Memorial or other Zeus-like images of Lincoln around the country, the radical, violent, and often criminal communists of Antifa and Only Black Lives Matter (“We are trained Marxists,” one of the founders of OBLM has said) are more likely to continue using the image, words, and deeds of Lincoln to assist in their crusade to destroy American civilization and replace it with another communist hell.  If they ever get control of the government it is not beyond the imagination that they would follow Lincoln’s footsteps and suspend habeas corpus, mass arrest and imprison dissenters, censor communications, shut down conservative newspapers, withdraw licenses from conservative talk radio and television stations, deport or imprison some opposition members of Congress to send a message to all the rest, abolish the separation of powers, confiscate firearms, and use the military to wage total war on the civilian population of areas of the country where “deplorable” political dissent is strongest.

Previous article by Thomas DiLorenzo: A Disease in the Public Mind, Part II?