Is Washington Provoking India to a War With China?

US Secretary of State Mike Pompeo in a recent video conference suggested that the US might move some of its troops from Germany to the region around India, citing growing US security concerns in the Asian region. Given the dramatic rise in tensions between India and China over disputed borders in the region of Nepal and Bhutan where several soldiers from both sides reportedly died in hand-to-hand combat, the question is whether Washington is deliberately trying to fan fires of war between the two Asian giant powers. As unlikely as that might be at present, it indicates how unstable our world is becoming amid the ‘coronavirus economic depression’, and the perceived power vacuum of a US in retreat.

Speaking to a virtual Brussels German Marshall Fund Forum on June 25,Secretary of State Pompeo was asked about recent statements that the US military planned withdrawing a contingent of its forces from Germany. He replied that the Chinese threat to India and Southeast Asian nations was one of the reasons America was reducing its troop presence in Europe and deploying them to other places. He cited unspecified recent Chinese actions as “threats to India, threats to Vietnam, threats to Malaysia, Indonesia and the South China Sea challenge,” adding, “We are going to make sure the US military is postured appropriately to meet the challenges.” 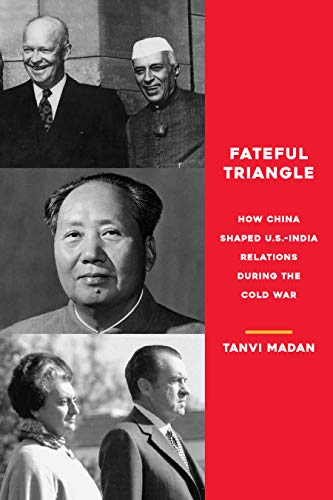 The borders between China and India and Pakistan are one of the most complex and arguably most sensitive regions for potential conflict ever since in 1947 British Viceroy Lord Mountbatten partitioned the British Indian Empire into a dominantly Muslim Pakistan and a dominantly Hindu but secular India.

That partition was opposed by Gandhi and other political leaders in India, who argued instead for a unified federal India with majority Muslim states or Hindu states retaining significant autonomy within a unified India. Mountbatten instead unveiled the secretly-drawn borders of a new Pakistan and India in a manner that fed a devastating slaughter between Hindu and Muslim as 14 million people were suddenly displaced based along the so-named Radcliffe Line that arbitrarily split the Punjab and Bengal provinces of British India between the new Pakistan and India. At the same time, as Mountbatten went back to England, he deliberately left the status of Jammu and Kashmir unresolved. That insured a permanent tension and potential war trigger between the two former parts of British India. Radcliffe, who had never before been in India, was made a Knight Grand Cross of the Order of the British Empire in 1948 for his service.

Now we turn today to the unresolved region which has been a constant point of friction since the British partition, namely Kashmir.

Jammu and Kashmir and Ladakh

In 1972 both countries, India and Pakistan, agreed on a provisional line of control in Kashmir which ceded Jammu and Kashmir and Ladakh to Indian administration, and the Northern Areas to Pakistan. Since the 1962 Sino-India War, China has claimed the northeastern part of Ladakh. Here is where we have the intersection of China, China’s major Belt, Road Initiative partner Pakistan, and India, which has remained steadfastly outside the BRI project. All three are nuclear powers as well. 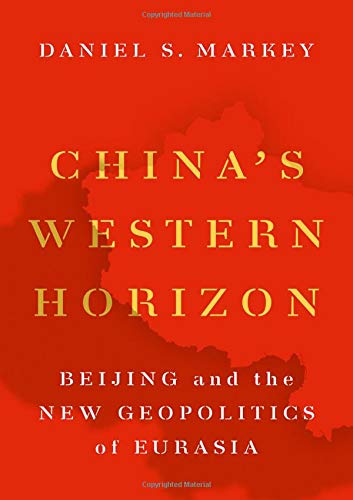 Until 2019, Ladakh was a region of the state of Jammu and Kashmir. Then in August 2019, the Parliament of India passed an act by which Ladakh became a union territory of India on 31 October 2019. That did not meet with applause in Beijing. Because Ladakh is part of the strategic Kashmir region the Indian Army maintains a strong presence there.

China charged India with illegally building defense facilities across the border into Chinese territory in the Galwan Valley region of Ladakh. The PLA responded by building its presence in the region. Beijing claimed that India was also planning an airbase in Ladakh, something regarded as a strategic threat, as India has a military agreement with the USA which could allow US access to that airbase in a war situation. At that point reportedly, China began moves to block Indian plans in Ladakh.

Despite the fact Modi and China’s Xi Jinping agreed to talks to de-escalate matters, on June 13 the situation in Ladakh exploded into deadly clashes between Indian and Chinese PLA soldiers with numerous dead on both sides in hand-to-hand combat. That was the context in which Pompeo declared, “The PLA (People’s Liberation Army) has escalated border tensions with India, the world’s most populous democracy. It’s militarizing the South China Sea and illegally claiming more territory there, threatening vital sea lanes.” At the same time as tensions between Beijing and Washington escalate, three US aircraft carrier strike groups have been deployed in the Indo-Pacific zone, and there are plans to deploy American missiles in Asia, including India, as Washington looks to establish more bases in the Indo-Pacific region.

Indian journalists say that India’s Darbuk–Shyok–DBO Road infrastructure project in Ladakh is seen by the Chinese as a tool by India to offset the China-Pakistan Economic Corridor of the BRI. They claim that China attempted to capture the Galwan Valley as a pre-emptive measure to stall this DBO Road infrastructure project in Ladakh. According to this report, “China wants to stall the construction of the winding 255-km Darbuk-Shyok-Daulat Beg Oldie road that would give the Indian army easy access to the last military post south of the dominating Karakoram Pass. The Indian side is, however, determined to complete construction of the entire stretch by this summer including the 60-metre bridge across the Galwan rivulet or nallah near the point of its confluence with Shyok river. “ The legacy of the British partition of 1947 today is stark. 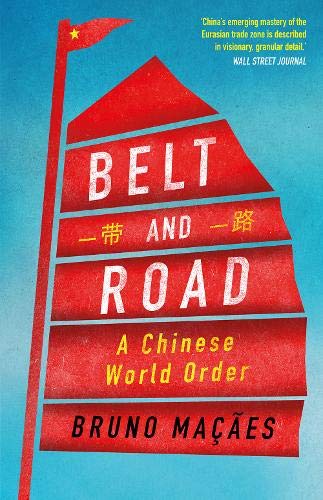 As the clashes in Ladakh between China and India were still fresh, reports emerged that Chinese construction of key facilities inside the India-claimed disputed territory of Arunchal Pradesh, in the far northeast of India bordering China, was underway. According to a BJP member of Indian Parliament, Tapir Gao from Arunchal East, Chinese workers from the PLA were building concrete bridges, hydro-electric projects, helipads some 12 kilometers inside the Indian side of the demarcated McMahon Line of Arunachal Pradesh in an area once occupied by the Indian Army.

In recent years India has also accused China of making illegal encroachments on its perimeter in Bhutan and Nepal, further straining relations. Nepal, historically a predominantly Hindu buffer country between Imperial China and British India, underwent a ten-year bloody civil war led by the Communist Party-Maoist of Nepal. In 2007 the Nepal monarchy officially ended and a secular republic was established in 2008.

In recent years China has initiated a number of economic projects in Nepal. During a 2018 visit to Beijing, Nepal Prime Minister KP Sharma Oli, from the Communist Party-Maoist, signed a Memorandum of Understanding for construction of a railway linking Shigatse in Tibet with Kathmandu. Oli also signed on to Beijing’s Belt Road Initiative. That marked a major departure for Nepal which previously was considered by China as India’s sphere of influence, separated from China by the high mountain barrier. The same year China also agreed to allow Nepal use of four Chinese ports to end the country’s trade dependence on India. Under Prime Minister KP Sharma Oli, relations with India have deteriorated as Oli’s ties to Beijing have strengthened.

Bhutan is another strategic buffer state between India and China. In 2017 India and the Royal Bhutanese Army accused China of constructing a road in the disputed territory towards Doklam plateau. India intervened then, supporting Bhutan’s stand and asking China to halt its construction work. As one Indian analyst describes it, “The valley holds strategic significance for India, China as well as Bhutan. India sees it as a dagger pointed towards its so-called ‘chicken’s neck’ sector in the Northeast and rapid Chinese road construction in Tibet could make things difficult for India.”

As seen from New Delhi, the combined actions of China around its perimeter bordering Tibet in China ominously reminds them of the 1950 declaration by Mao that considers Tibet to be China’s right hand palm, with five fingers on its periphery: Ladakh, Nepal, Sikkim, Bhutan, and Arunachal Pradesh, and that it is China’s responsibility to “liberate” these regions. This, known as the Tibet Five Fingers Policy, one never appearing in print apparently, is causing considerable tension in Indian strategic circles.

Seen from Beijing, as relations with Washington become more overtly hostile in recent years and as India and the US appear to be drawing closer together, Chinese actions along India’s perimeter from Kashmir to Arunachal Pradesh seem to be prudent steps to secure Chinese borders as well as China’s strategic BRI corridor in Pakistan from any future Indian threat. Into this nuclear minefield now, the US Secretary of State has hinted at increasing military support for India, hardly a peace-making move. By contrast, Russia, who enjoys constructive relations both with China and with India has offered to mediate. The crisis on the Indian sub-continent looks primed to continue.

F. William Engdahl is strategic risk consultant and lecturer, he holds a degree in politics from Princeton University and is a best-selling author on oil and geopolitics, exclusively for the online magazine “New Eastern Outlook.”

Republishing of the articles is welcomed with reference to NEO.