The Horrifying Civil Unrest We Have Been Warning You About Is Here, And America Is Literally Coming Apart At The Seams

For a very long time, many of us have been loudly warning the American people that this was coming.  The mainstream media and many of our national leaders have been fanning the flames of hatred, anger, frustration and division on a daily basis for many years, and it was just a matter of time before we witnessed an eruption of violence of this magnitude.  Over the last week, we have seen protests in at least 145 different U.S. cities, and reports of rioting, looting and violence are coming in so fast that it is literally impossible to keep up with them all.  So far, at least 40 U.S. cities have imposed curfews, the National Guard has been activated in at least 15 states, and at least 4,100 people have been arrested.  On Sunday night, the violence in Washington D.C. became so alarming that President Trump was actually rushed to a secret bunker under the White House…

Agents reportedly rushed Trump to the Presidential Emergency Operations Center (PEOC) – which was used after the 9/11 terror attacks and is equipped with secret tunnels – on Sunday night.

Trump was moved to the bunker before more than 50 Secret Service agents were injured during the sixth night of violence prompted by George Floyd’s Monday death, the New York Times reported.

It is located in the ground below the East Wing of the White House, but its exact placement is kept secret.

To me, it is absolutely crazy that the rioters are being allowed to injure one Secret Service officer after another.

It just shows how much things have changed.  When I worked in the D.C. area many years ago, there was a tremendous amount of respect for the White House, and everyone understood that anybody that tried to mess with the White House would be dealt with severely.

In those days, anyone that attacked a Secret Service agent would have deeply, deeply regretted doing so.

But now we are apparently allowing our Secret Service agents to be “kicked, punched, and exposed to bodily fluids”…

Through Saturday and early Sunday, more than 60 Secret Service Uniformed Division Officers and special agents suffered multiple injuries from bricks, rocks, bottles, fireworks and other items hurled at them.

“Secret Service personnel were also directly physically assaulted as they were kicked, punched, and exposed to bodily fluids,” the agency said. A total of 11 injured personnel were transported to a local hospital and treated for non-life threatening injuries.

What in the world is happening to this country?

In addition to these heinous acts, the “peaceful protesters” in D.C. decided that it would be a really good idea to deface the Lincoln Memorial and the National World War II Memorial…

The iconic Lincoln Memorial in Washington D.C. and the National World War II Memorial are among the landmarks in the nation’s capital that were vandalized amid weekend protests and defaced with graffiti.

‘In the wake of last night’s demonstrations, there are numerous instances of vandalism to sites around the National Mall,’ the National Park Service for the National Mall said in a tweet on Sunday along with photos of monuments covered in graffiti.

This isn’t about George Floyd anymore.

At this point, the protests have been taken over by radical leftists that are seeking to use this crisis as an opportunity to promote violence.

And others are simply taking advantage of the cover provided by these protests to commit crimes that they wouldn’t normally be able to commit.  For example, the looting that we have been witnessing in New York City has been unprecedented…

In New York City, despite clashes in lower Manhattan, police seemed to abandon much of the island to looters, who ransacked some of the most valuable retail real estate on the planet.

After 10 p.m., rioters in Union Square ignited boxes outside the Strand bookstore. They were captured on video smashing the windows of a Walgreens pharmacy and looting a GameStop store.

And in Chicago, the looters have been hitting store after store “in broad daylight”… 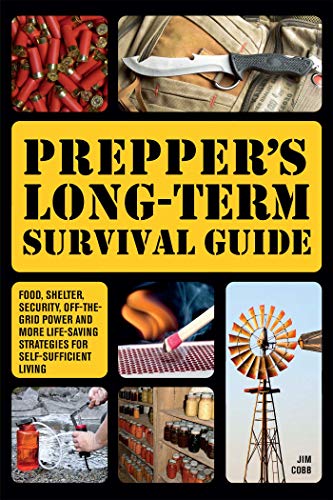 In Chicago, there was plenty of looting in broad daylight. A drive from The Loop to the city’s Deep South Side saw nearly every block feature at least one battered business. One beat cop bemoaned to The Daily Beast, “These aren’t protesters, they are opportunists. They are just destroying and looting because it’s the cool thing to do.”

Does this not sound exactly like what I have been warning my readers about for years?

If you do a search for “civil unrest” on The Economic Collapse Blog, you will get 13 pages of results.

If you do a search for “rioting”, you will get 11 pages of results.

And if you do a search for “looting”, you will get 10 pages of results.

Why do you think I included these sorts of violent protests in The Beginning Of The End?  Needless to say, it wasn’t just to entertain the readers.

I have been endlessly warning that these things were coming, and now they have arrived.

Others have been loudly sounding the alarm as well.  For example, former police officer Marty Breeden shared the following back in April…

I saw many of our large metropolitan areas in complete and total chaos.

It was absolute insanity! 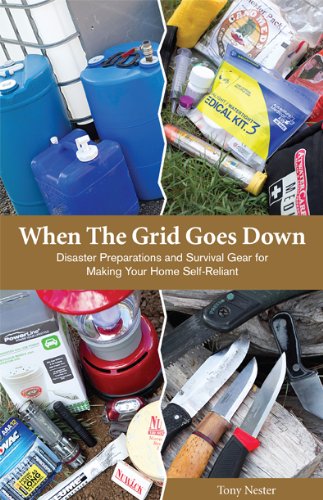 People running for their lives.

I saw great fires on both large and small buildings.

The violence was staggering to my mind.

Unfortunately, this is just the beginning.

And even though rioters viciously attacked and vandalized CNN headquarters, CNN and other mainstream media outlets continue to apologize for their behavior.  On Saturday, CNN’s Don Lemon actually suggested that these riots could be “some sort of mechanism for a restructure in our country”…

He went on to lament the situation but said it could be indicative of those with “no other option” and “nothing left to lose.”

No, our country is not being “restructured”.

What is actually happening is that our country is literally coming apart at the seams, and a lot of us have been warning that this would happen for many, many years.

Of course these riots come at a time when our nation is already dealing with a huge global pandemic and a historic economic collapse.  The following comes from the Seattle Times…

America experienced a wave of burning cities in the aftermath of a racial killing in 1968. America was hit by a pandemic in 1918 that killed even more people than the 102,000 who have died of the coronavirus. America was battered by a Great Depression in the 1930s and laid low by a Great Recession just a decade ago. America has never experienced all of this kind of tumult in the same moment. It is more than the system can bear, and people grieve for the country.

As I have warned my readers more times than I could possibly count, we have entered the time of “the perfect storm” and global events are going to continue to accelerate.

Just when you think that one crisis has passed, something else is going to happen.  We are going to witness one major event after another, and everything that can be shaken will be shaken.

Anyone that has been surprised by these riots hasn’t been paying attention.  We have been warned over and over again that these things were coming, but most of the country did not want to listen.

Now that the economy has collapsed, a deadly pandemic is sweeping the land and riots are breaking out in most of our major cities, hopefully more people will start to listen.

Because the truth is that time is running out for America, and there is no future for our once great nation if we stay on our present course.

Reprinted with permission from The Most Important News.

Copyright © The Most Important News

Previous article by Michael Snyder: Shocking Evidence That Somebody Is Orchestrating an Uprising in the United States

On RacismLiberal Mush From the Mad Dog