A Book Review of Virus Mania: How the Medical Industry Continually Invents Epidemics, Making Billion-Dollar Profits at Our Expense

The authors of Virus Mania, journalist Torsten Engelbrecht and doctor of internal medicine Claus Köhnlein, show that these alleged contagious viruses are, in fact, particles produced by the cells themselves as a consequence of certain stress factors such as drugs. These particles are then identified by antibody and PCR tests and interpreted as epidemic-causing viruses by doctors who have been inoculated for over 100 years by the theory that microbes are deadly and only modern medications and vaccines will protect us from virus pandemics.

In this book is discussed the decades-old recipe for profiteering in viral epidemics:

1] inventing the risk of a “disastrous” epidemic; 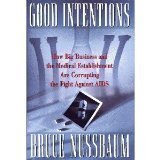 The Content of this Book Has to Be Read, Quickly and Worldwide

The book Virus Mania by Torsten Engelbrecht and Claus Köhnlein presents a tragicmessage that will, hopefully, contribute to the re-insertion of ethical values in the conduct ofvirus research, public health policies, media communications, and activities of thepharmaceutical companies. Obviously, elementary ethical rules have been, to a verydangerous extent, neglected in many of these fields for an alarming number of years.

When American journalist Celia Farber courageously published, in Harper’s Magazine(March 2006) the article “Out of control—AIDS and the corruption of medical science,” somereaders probably attempted to reassure themselves that this “corruption” was an isolatedcase. This is very far from the truth as documented so well in this book by Engelbrecht andKöhnlein. It is only the tip of the iceberg.

In research on all of these six distinct public health concerns scientific research on viruses(or prions in the case of BSE) slipped onto the wrong track following basically the samesystematic pathway. This pathway always includes several key steps: inventing the risk of adisastrous epidemic, incriminating an elusive pathogen, ignoring alternative toxic causes,manipulating epidemiology with non-verifiable numbers to maximize the false perception ofan imminent catastrophe, and promising salvation with vaccines.

Following this recipe guarantees largefinancial returns. But how is it possible to achieve all of this? Simply by relying on the mostpowerful activator of human decision-making process, i.e. FEAR!

And both themedia and the pharmaceutical industry carry most of the responsibility for amplifying fears,fears that happen, incidentally, to always ignite fantastically profitable business.

Instead, they are established by “consensus.”

This is then rapidlyreshaped into a dogma, efficiently perpetuated in a quasi-religious manner by the media,including ensuring that research funding is restricted to projects supporting the dogma,excluding research into alternative hypotheses.

An important tool to keep dissenting voicesout of the debate is censorship at various levels ranging from the popular media to scientificpublications.

We haven’t learnt well from past experiences. There are still many unanswered questions onthe causes of the 1918 Spanish flu epidemic, and on the role of viruses in post-WWII polio(DDT neurotoxicity?).

These modern epidemics should have opened our minds to morecritical analyses. Pasteur and Koch had solidly constructed an understanding of infectionapplicable to many bacterial, contagious diseases. But this was before the first viruses wereactually discovered. Transposing the principles of bacterial infections to viruses was, ofcourse, very tempting but should not have been done without giving parallel attention to theinnumerable risk factors in our toxic environment; to the toxicity of many drugs, and to somenutritional deficiencies.

Cancer research had similar problems. The hypothesis that cancer might be caused byviruses was formulated in 1903, more than one century ago. Even today it has never beenconvincingly demonstrated. Most of the experimental laboratory studies by virus-huntershave been based on the use of inbred mice, inbred implying a totally unnatural geneticbackground. Were these mice appropriate models for the study of human cancer? (we arefar from being inbred!) True, these mice made possible the isolation and purification of “RNAtumor viruses,” later renamed “retroviruses” and well characterized by electron microscopy.

But are these viral particles simply associated with the murine tumors, or are they truly theculprit of malignant transformation? Are these particles real exogenous infective particles, orendogenous defective viruses hidden in our chromosomes? The question is still debatable.

What is certain is that viral particles similar to those readily recognized in cancerous andleukemic mice have never been seen nor isolated in human cancers. Of mice and men…

However, by the time this became clear, in the late 1960s, viral oncology had achieved adogmatic, quasi-religious status. If viral particles cannot be seen by electron microscopy inhuman cancers, the problem was with electron microscopy, not with the dogma of viraloncology! 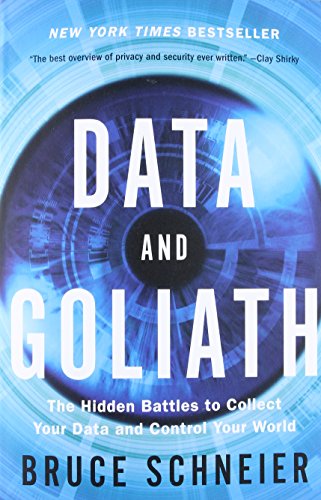 This was the time molecular biology was taking a totally dominant posture in viralresearch. “Molecular markers” for retroviruses were therefore invented (reverse transcriptasefor example) and substituted most conveniently for the absent viral particles, hopefullysalvaging the central dogma of viral oncology.

This permitted the viral hypothesis to survivefor another ten years, until the late 1970s, with the help of increasingly generous supportfrom funding agencies and from pharmaceutical companies. However by 1980 the failure ofthis line of research was becoming embarrassingly evident, and the closing of some viral oncology laboratories would have been inevitable, except that…

Except what? Virus cancer research would have crashed to a halt except that, in 1981, fivecases of severe immune deficiencies were described by a Los Angeles physician, all amonghomosexual men who were also all sniffing amyl nitrite, were all abusing other drugs,abusing antibiotics, and probably suffering from malnutrition and STDs (sexually transmitteddiseases). It would have been logical to hypothesize that these severe cases of immunedeficiency had multiple toxic origins. This would have amounted to incrimination of thesepatients’ life-style…

Unfortunately, such discrimination was, politically, totally unacceptable. Therefore, anotherhypothesis had to be found—these patients were suffering from a contagious diseasecaused by a new…retrovirus!

Scientific data in support of this hypothesis was and, amazinglyenough, still is totally missing. That did not matter, and instantaneous and passionate interestof cancer virus researchers and institutions erupted immediately. This was salvation for theviral laboratories where AIDS now became, almost overnight, the main focus of research. AIDSgenerated huge financial support from Big Pharma, more budget for the CDC and NIH, andnobody had to worry about the life-style of the patients who became at once the innocentvictims of this horrible virus, soon labeled as HIV.

Twenty-five years later, the HIV/AIDS hypothesis has totally failed to achieve three majorgoals in spite of the huge research funding exclusively directed to projects based on it. NoAIDS cure has ever been found; no verifiable epidemiological predictions have ever beenmade; and no HIV vaccine has ever been successfully prepared.

Instead, highly toxic (butnot curative) drugs have been most irresponsibly used, with frequent, lethal side effects. Yetnot a single HIV particle has ever been observed by electron microscopy in the blood ofpatients supposedly having a high viral load! So what?

All the most important newspapersand magazine have displayed attractive computerized, colorful images of HIV that alloriginate from laboratory cell cultures, but never from even a single AIDS patient. Despitethis stunning omission the HIV/AIDS dogma is still solidly entrenched. Tens of thousands ofresearchers, and hundreds of major pharmaceutical companies continue to make hugeprofits based on the HIV hypothesis. And not one single AIDS patient has ever been cured…

Yes, HIV/AIDS is emblematic of the corruption of virus research that is remarkably andtragically documented in this book.

Research programs on Hepatitis C, BSE, SARS, Avian flu and current vaccination policies alldeveloped along the same logic, that of maximizing financial profits. Whenever we try tounderstand how some highly questionable therapeutic policies have been recommended atthe highest levels of public health authorities (WHO, CDC, RKI etc.), we frequently discovereither embarrassing conflicts of interests, or the lack of essential control experiments, andalways the strict rejection of any open debate with authoritative scientists presentingdissident views of the pathological processes.

Manipulations of statistics, falsifications ofclinical trials, dodging of drug toxicity tests have all been repeatedly documented.

All havebeen swiftly covered up, and none have been able to, so far, disturb the cynical logic oftoday’s virus research business.

The cover-up of the neurotoxicity of the mercury containingpreservative thimerosal as a highly probable cause of autism among vaccinated childrenapparently reached the highest levels of the US government… (see article “DeadlyImmunity” from Robert F. Kennedy Jr. in chapter 8)

Virus Mania is a social disease of our highly developed society. To cure it will requireconquering fear, fear being the most-deadly contagious virus, most efficiently transmitted bythe media.

Errare humanum est sed diabolicum preservare… (to err is human, but to preserve an erroris diabolic).

Professor Emeritus of Pathology at the University of Toronto and

On the Necessity of Roots in PrincipleSARS-CoV-2 Interview