Suddenly States’ Rights Are Back on the Table

By Joe Jarvis
The Daily Bell

It must be confusing to be a “progressive” these days.

They criticize Trump’s lack of dictatorial control over the country to stop the CoronaVirus. He left the lockdowns to the state governments.

But then Trump suggests that the Feds will make the call on when to reopen the economy (AKA give people their rights back).

And just like that, the Tenth Amendment was reborn.

Suddenly, the radical left loves the Constitution! Specifically the part of the Bill of Rights that says:

The powers not delegated to the United States by the Constitution, nor prohibited by it to the States, are reserved to the States respectively, or to the people.

Trump has done more for states’ rights than any other President in modern history. Not because he is trying to. Because he is universally hated by the left. And the lefties were the ones lagging behind on understanding why state governments are an important check on federal power.

But Trump has strengthened the argument for state power on the right as well. I mean we’re looking at a $4 trillion deficit in the Federal budget this year alone! It took Obama four years to rack up that kind of debt.

Ignoring the Trump fanatics, grounded people understand that this massive spending comes with a real price tag. It means the dollar, and the federal government will lose its power as the currency is devalued.

The feds have long held money over the states as bribes to do their bidding where the control was not strictly legal. For instance, highway funds in exchange for each state raising the drinking age to 21.

When that leverage is gone, and when the Feds can only pay their enforcers with worthless paper, it is logical to think the states will pick up the pieces, reject federal authority, and go their own ways.

This whole situation was brewing under the surface before. But the CoronaVirus is the trigger that could shift it into overdrive. And now, states look like they aren’t going to wait for a dollar collapse to make their moves.

For instance, the tiniest state, Rhode Island, has gone full Gestapo and is searching for New Yorkers who entered the state without quarantining. My parents live in Massachusetts, and my dad planned to sail his new boat down to Rhode Island to park it there. But that won’t be happening during this pandemic. Rhode Island is closed to outsiders.

Other states, like California, Oregon, and Washington are forming coalitions to decide when to reopen the economies, and how to further deal with CoronaVirus in the region. Like the United States was meant to be, these states are participating in these pacts voluntarily. That means they could also withdraw from them. Another check on centralized control.

Some east coast states will also be creating their own coalition. 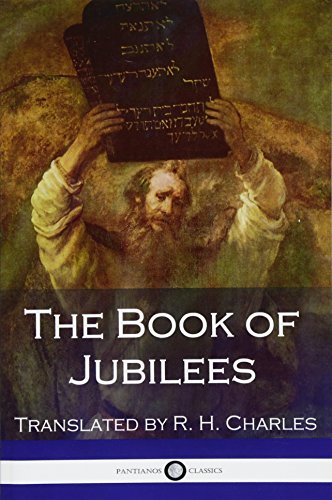 And here is an important aspect of regional government to consider. This is not a new phenomena, or something that hasn’t been seen since the 1781 Articles of Confederation.

It shows that there was never a “United” USA. The fault lines of politics have always fallen along eleven main regions.

For example, “Yankeedom” is dominated by Massachusetts, but extends to most of New England. It has its roots in Puritanism, their style of centralized government, and their value of education. Immigrants from Yankeedom left their mark on The Left Coast, a natural political ally of New England.

Contrast that with The Deep South, born of aristocracy, who believed in a deeply hierarchical structure of society. Or Appalachia, who value individual freedom, and have shifted their alliances with other regions based on who will get the feds off their back.

The nations have been struggling with one another for advantage and influence since they were founded. And from 1790, the biggest prize has been control over federal government institutions; Congress, the White House, Courts, and the Military.

As the central government has grown in size, scope, and power, so have the nations’ efforts to capture and reshape it, and the rest of the continent in their image.

Since 1877 the driving force between American politics hasn’t primarily been a class struggle, or tension between agrarian and commercial interests, or even between competing partisan ideologies, although each has played a role.

Ultimately, the determinative political struggle has been a clash between shifting coalitions of ethno-regional nations, one invariable headed by the Deep South, the other by Yankeedom.

These fault lines aren’t going away. But they don’t have to become violent either.

In fact, if the American nations were to go their separate ways, life would be much improved for many.

Not just during a pandemic, when people have very different ideas about the scope of government power.

But also during the looming economic crisis, when currencies, local supply chains, and regional commerce will have to be reinvented.

And no one would have to waste time worrying about who occupied the White House.

Never let a good crisis go to waste is the mantra of the elites.

In tumultuous times, their tactics have extra potency. They reach for more power.

But this is also when the elite are most vulnerable.

By studying their tactics, you will be more prepared to guard against, and counter-attack the enemy.

The current crisis is being used to exploit the masses. But it also presents tremendous opportunity to take the power back, and reshape this world.

Society is entering a new period of transition, a struggle that will reveal the elites of the next generation.

Now is the time to seize your power if you intend to be among their ranks.