We didn’t realize at first that we were working with a Russian “roof,” otherwise known as a Russian mafia. We didn’t even know what one was – – –

By the way it keeps treating Russia and Russians, it’s clear the Deep State desperately wants Russia as it’s enemy and essential villain.

Unabashed gun-rights activist and enthusiastic fan of America Maria Butina, for example. Although created into a promiscuous Russian spy by the lascivious presstitutes of our fully owned CIA subsidiary the MSM, the best the “Justice” Department branch could do was plea-blackmail her into an “Unregistered Lobbyist.”

And then there’s the latest version of Call of Duty, Modern Warfare that uses Russians as its bad guys. 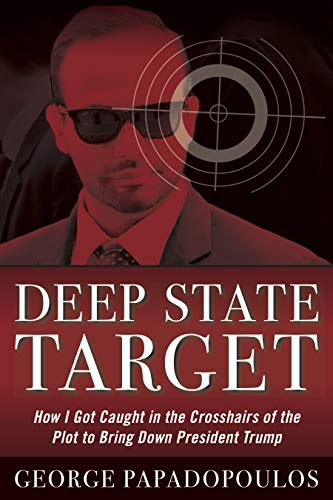 Regardless of what we think of the respective governments, it’s a dangerous mistake to equate Americans with those D.C. war criminals or to equate Russians with the Russian government. I know from personal experience in Moscow – – –

We knew things were going to happen when Jeffy asked us if we would be at the apartment at 6:00PM on what, in America, was Thanksgiving Day. This was not usual.

Svetlana and two men were visible through the peep. Jeffy wasn’t one of them. The man I could see best was clearly trying to look severe and business-like. Instead, he looked angry and he was clearly getting psyched-up for something. Yep, things were indeed going to happen.

To us this was a strange country where the Russians themselves thought the violence was rampant. They didn’t realize their worst nightmare was like a light-crime day in, say, Washington D.C., at the time, fondly known by insiders as “The Murder Capital.”

The thought crossed my mind not to open the door. I could justify it. We had a lot of money, and I didn’t recognize the two men. Maybe Svetlana was being held hostage.

The twin security doors would slow them down. A lot.

On second thought, maybe they had the extra key. Anyway, that tactic would only postpone things. And it would probably piss them off. What would we do in the meantime? Call the cops?

Besides, Jeffy had told us someone would be coming by. Sveta, the translator who had always been very gentle, was with them. They were only security guards weren’t they? How serious could it be?

“Hold on, Sevata, Chrissy has to put some clothes on,” I called through the door.

Then I phoned Jeffy. “Just let them in and give them the bankroll,” he told me.

We did. But that wasn’t enough. Sveta told us they thought we were hiding bankroll money. They were going to search.

How serious was this going to get?

A third guy, older and wearing a stylish double breasted long-coat showed up. He nodded my way, and I distinctly heard “Physik proffeseur” or some such. It’s clear he’d done some homework with Sasha (my driver) and Serge (my body guard). I thought I might have detected a touch of respect. Couldn’t hurt.

I had a brainstorm. I told them I needed to go to the head. I didn’t really, I just wanted to see how they would react. What would they do? Tell me, “No way,” like the U.S. cops? Give me an escort? What?

They waved me on with an “of-course-you-can-go-to-the-head, do-you-think-we’re-barbarians” attitude. That was reassuring. No one even looked my way as I headed into the bathroom.

Because they could have determined my general position through the opaque glass of the door, I stood in front of the toilet. After a realistic delay, I flushed just in case someone was paying attention.

Apparently no one was — as I left the bathroom, they were all busy searching.

Strange, they weren’t tearing things up like U.S. cops. In fact, it looked to me as if they were being extremely careful not to do any damage. Strange.

“Jeffy told them to look for a roulette computer,” Sveta told me. I shrugged and shook my head as if “roulette computer” meant nothing to me. Without weeks of instruction from someone (me) — and a lot of live casino experience — it would do nothing for them anyway.

Clearly they had no idea what a “roulette computer” looked like. It seems Jeffy forgot I had shown it to him, but, yea, Jeffy wasn’t a detail man.

Apparently my shrug had been convincing — good enough to satisfy Miss Donahey (my high-school drama sponsor) — because almost immediately, they gave up on the now mythical roulette computer.

They were, after all, mainly interested in hidden bankroll money.

He was angry and agitated, not a good combination, and was pacing from room to room with his fists clenching and unclenching. He wasn’t putting on a show to intimidate us either, another bad sign. He was genuinely angry and agitated.

The angry young man said something else in Russian, and for the first time, I got worried, really worried. So did Chrissy. Because Svetlana went pale.

In what I interpreted as a protective move, Sveta unobtrusively nodded us back into the kitchen. She left. Loud Russian voices, clearly arguing, erupted and carried easily into the kitchen. One of them was Sveta’s.

Chrissy began crying, something I’d never seen her do before. “I just want to see my daughter one more time,” she wailed. I knew how she felt. Only for a moment, though. I remembered the easy trip to the head.

Sveta came back into the kitchen. She looked worried.

A voice called her from the hall. “Stay here,” she said in an uncharacteristically emphatic manner and left again.

Chrissy was still crying. I put my arm around her.

“Look,” I said, “I don’t think we have anything serious to worry about. We already figured this was Jeffy’s raid, not the ‘roof’s.’ When they said he told them to look for a roulette computer, that confirmed it.”

Jeffy may not be a detail man, but he’s not malevolent either. He’s sort of a jolly bi-polar Aussie with delusions of Don-hood, an ex-KGB entourage as his “roof” – – – and possibly SADs (Seasonal Affective Disorder).

“He sent Sveta, and she’s still here,” I told Chrissy.

“As for Mr. Mad, he’s not the honcho. The older big guy in the double breasted dark blue over-coat, the one who came in later, is in charge. He’s very business-like, and seems more professional. He doesn’t know what to think yet. He’s probably one of the ex-KGB guys. – – – They let me go to the head without an escort,” I finished lamely.

“OK. But what made Sveta blanch? What did they suggest that they shouldn’t have?” asked Chrissy.

“Ah, I haven’t a clue. But remember Glasgow.”

I could feel Chrissy’s body, pressed against my side, relax noticably.

“Glasgow?” It’s a long story, but what it amounts to is that no matter how positive you are you know exactly what’s going on, you’re often completely wrong in spectacular ways.

Sveta came back. “Everything’s handled,” she tells us.

“What did they suggest that they shouldn’t have?”

“They suggested they should — they should strip-search you,” she says hesitantly. Then quickly, “I’m sorry. That’s just not done. We’re not barbarians!”

Considering this is the much storied Russian mafia, complete with ex-KGB personnel – – – and they suspect they’ve been ripped off for what, because of the extreme “Asian Contagion” inflation, seems to them like tens of thousands of dollars if not more – – – well, from my jaded U.S. perspective, a strip-search should be the least of our worries.

But an hour later, they’re apparently satisfied. Sveta tells us, embarassed again, “They say you should leave Russia within a week, and don’t ever come back.”

She shrugs, head down, and is out the door. Pointedly not looking at us, the other three exit as well. Mr. Honcho has the shoe-box full of neatly bundled up rubles, dollars, and assorted casino chips under one arm.

Shaken but undamaged, we are clearly shunned and disrespected — because Jeffy doesn’t understand standard deviation and/or blackjack bankroll fluctuations.

Unfair, but it beats heck out of a trip to the bottom of the Moscow river in November. Or even an enhanced search by U.S. Customs or the TSA. Or, unfortunately these days, even a routine U.S. traffic stop.

In that context, those scary Russians aren’t scary at all.

I hope those Washington D.C. fools and war criminals don’t nuke them. And vice versa.

What do you think?