In a recent column, TAC co-founder Pat Buchanan quoted Russian President Vladimir Putin to the effect that the liberal principle may be falling into disrepute:

Why is liberalism failing? Several causes, said Putin. Among them, its failure to deal with the crisis of the age: mass and unchecked illegal migration. Putin praised Trump’s efforts to secure the U.S. border:

“This liberal idea has become obsolete. It has come into conflict with the interests of the overwhelming majority of the population. … This liberal idea presupposes that … migrants can kill, plunder and rape with impunity because their rights as migrants have to be protected.”

Let me raise some questions about the “liberal idea” that seem relevant to Putin’s observation. Why should I think that either unchecked immigration from our Southern border or the glorification of homosexual lifestyles, both of which Putin and Buchanan cite as examples of the “liberal idea,” have anything to do with “liberalism”? And why should I believe that “liberalism” leads in a ruinous direction, including the breakdown of nation states and bourgeois Christian social institutions? And here’s my key question: what is meant by “liberalism” when we use that term to describe social, political, and/or cultural changes? 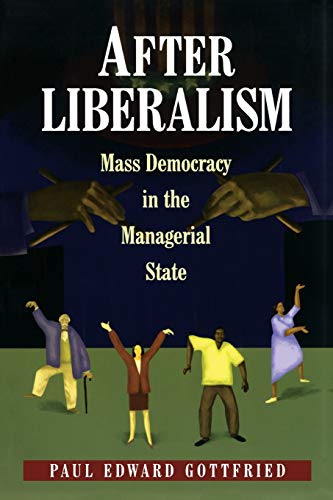 In my book After Liberalism, I try to demonstrate that the term in question has been “adrift” for more than a century, and like conservatism and socialism, has morphed into what suits changing political interests at different times. Most generic liberals during the 19th century believed in academic and religious freedom (within what they regarded as the limits of decency) and a market economy (usually leavened by tariffs). Liberals were divided on such issues as universal suffrage and whether to extend the vote to women. Further, they treasured their own nation states and were usually in favor of steep qualifications for citizenship.

In Catholic countries, like France and Italy, liberals usually opposed ecclesiastical privilege, but Protestant countries were less anticlerical and people there usually attended church services. The notion that liberalism “was the worldview of the bourgeoisie” may seem a bit overgeneralized, but before the First World War, this relationship usually held in both Europe and the United States.

In the 20th-century West, the “liberal idea” underwent a dramatic transformation because John Dewey (and other advocates of the modern administrative state, grouped around the infant New Republic) chose that term for their political experiments. Defenders of the welfare state both here and in England thereafter declared that they identified with administered “democratic” government. They assured us that their beliefs were a modern extension of those of Thomas Jefferson and John Locke. In any case, as Dewey and other reformers admitted, “liberal” had nicer associations for most Americans than “socialist,” even if one tacked on “democratic,” as in “social democrat.” The New Deal and its offshoots eventually became in most people’s minds the fruits of “liberalism.” This mental connection occurred with help from journalists and educators, who were all too happy to fuse Jefferson and FDR.

Previous article by Paul Gottfried: The Hijacking of American Nationalism

Are Yanks and Brits Going Their Separate Way?The Missing Three-Letter Word in the Iran Crisis