“The Quality of Mercy”

The Russian author and former military analyst The Saker recently wrote on his site in an article entitled Prospects for the emergence of a real opposition in Russia:

[Sidebar: I am often asked why Russia Today and Sputnik publish what can only be called “trash” or even anti-religious propaganda on their websites. The answer is simple: there are plenty of folks at RT and Sputnik (especially in the teams operating their websites as opposed to the actual broadcasts) who are pure products of the [Western-American] worldview and who love some sleazy sex story almost as much as they love to bash or ridicule the Orthodox Church. While there are plenty of terrific people in both of these media, there are also plenty who secretly would love Russia to return to the 1990s or become a kind of “Poland” east of the Ukraine.

The reason I mention his remarks is because despite such failings, Russia Today does in fact, in the “information war” that is part of the war of nerves between Washington and Moscow, fight back simply by revealing the truth.

And they did this recently in the broadcast on June 1st of the program Going Underground, which featured an interview with “UN Rapporteur on Torture Nils Melzer about his assessment of Julian Assange’s condition. He says Assange has shown signs of psychological torture and that he has not seen anything as bad as the WikiLeaks founder’s case in his 20-year career.”

In the interview, Dr. Melzer explained, “It’s a statement I’ve not made lightly. I have worked with the victims of war and violence for twenty years. I’ve worked in war areas and obviously I’ve seen atrocities, collective forms of violence that would be much more bloody in a sense than what we’re talking about here. But what has really shocked me with this particular case is that a single individual has been isolated and singled out by several democratic [sic] states and persecuted systematically and in a sustained matter to the point of breaking him.”

The interview with Dr. Melzer lasts for half the program and is well worth watching. The YouTube is below and also one can find the video on RT.com for those who wish to avoid YouTube at this link:

In addition, RT posted this report:

‘Assange was treated in a sadistic manner’: Wikileaks ambassador comments on activist’s condition.

The actual UN Report is summarized in this article from Counterpunch, which provided links to UN Office of the High Commissioner summaries, the first The Working Group on Arbitrary Detention Deems the deprivation of liberty of Mr. Julian Assange as arbitrary and the second UN expert says “collective persecution” of Julian Assange must end now; here is an excerpt from the latter quoting Nils Melzer: 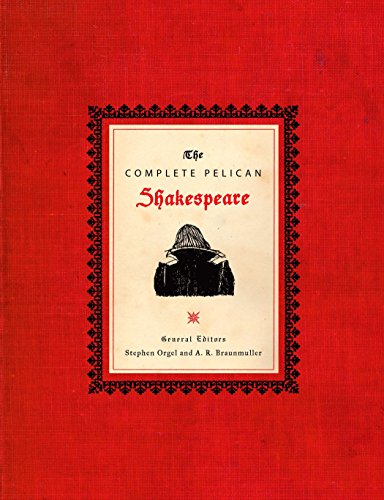 “My most urgent concern is that, in the United States, Mr. Assange would be exposed to a real risk of serious violations of his human rights, including his freedom of expression, his right to a fair trial and the prohibition of torture and other cruel, inhuman or degrading treatment or punishment,” said Nils Melzer, the UN Special Rapporteur on torture.

“I am particularly alarmed at the recent announcement by the US Department of Justice of 17 new charges against Mr. Assange under the Espionage Act, which currently carry up to 175 years in prison. This may well result in a life sentence without parole, or possibly even the death penalty, if further charges were to be added in the future,” said Melzer, who was also following up on earlier concerns for Assange’s health.

Although Assange is not held in solitary confinement, the Special Rapporteur said he is gravely concerned that the limited frequency and duration of lawyers’ visits and his lack of access to case files and documents make it impossible for him to adequately prepare his defence in any of the complex legal proceedings piling up against him.

“Since 2010, when Wikileaks started publishing evidence of war crimes and torture committed by US forces, we have seen a sustained and concerted effort by several States towards getting Mr. Assange extradited to the United States for prosecution, raising serious concern over the criminalisation of investigative journalism in violation of both the US Constitution and international human rights law,” Melzer said.

“Since then, there has been a relentless and unrestrained campaign of public mobbing, intimidation and defamation against Mr. Assange, not only in the United States, but also in the United Kingdom, Sweden and, more recently, Ecuador.” According to the expert, this included an endless stream of humiliating, debasing and threatening statements in the press and on social media, but also by senior political figures, and even by judicial magistrates involved in proceedings against Assange.

“In the course of the past nine years, Mr. Assange has been exposed to persistent, progressively severe abuse ranging from systematic judicial persecution and arbitrary confinement in the Ecuadorian embassy, to his oppressive isolation, harassment and surveillance inside the embassy, and from deliberate collective ridicule, insults and humiliation, to open instigation of violence and even repeated calls for his assassination.”

Melzer was accompanied during his prison visit on 9 May by two medical experts specialised in examining potential victims of torture and other ill-treatment.

The team were able to speak with Assange in confidence and to conduct a thorough medical assessment.

“It was obvious that Mr. Assange’s health has been seriously affected by the extremely hostile and arbitrary environment he has been exposed to for many years,” the expert said. “Most importantly, in addition to physical ailments, Mr. Assange showed all symptoms typical for prolonged exposure to psychological torture, including extreme stress, chronic anxiety and intense psychological trauma.

“The evidence is overwhelming and clear,” the expert said. “Mr. Assange has been deliberately exposed, for a period of several years, to progressively severe forms of cruel, inhuman or degrading treatment or punishment, the cumulative effects of which can only be described as psychological torture.

As Craig Murray wrote in The Unrelenting State:

“I have asked before and I ask again. If this were a dissident publisher in Russia, what would the UK political and media class be saying about his being dragged out by armed police, and convicted and sentenced to jail by a judge without a jury, just three hours later, after a farce of a “trial” in which the judge insulted him and called him a “narcissist” before he had said anything in his defence?

I recently wrote an article for Lew Rockwell.com about the nature of evil in war, which saw a non-secular source of human evil; however, on this site, Butler Shaffer wrote a wonderful piece, “Thinkin’ Rots the Mind!” in which he stated:

Once a culture becomes thoroughly politicized, most people come to believe that the most effective means of human action necessitates the use of threats and violence. This represents the essence of all political systems, distinguished from the peaceful and voluntary methods of non-political social systems. It is the mind that is the battlefield for this contest. Only individuals can think; collectives react. Reasoned analysis and long-term commitments to problem-solving or projects take too long, and the skills for employing such methods may atrophy from diminished use. Civilizations are sustained only by maintaining respect for the inviolability of the individual and his or her interests, the conditions that were essential for the creation of cultures. They begin to collapse into divisive and undifferentiated collectives wherein autonomous individuality is transformed into group identities and purposes, with human energies and resources subject to centralized, coercive direction. Violence and other dehumanizing behavior give a false impression of liveliness and resiliency to the destabilizing forces of change.

The decisions that have resulted in, if you pardon the expression, the deplorable, if not evil treatment of Julian Assange, were made by individual human beings; the fact that they are part of a collective as described by Shaffer does not, to me, excuse their actions, if it does explain them—at least in part. But the collective known as the state, especially the Empire with Washington at its center—if not its heart—gives license to acts of terror and attempts to justify and sanctify them; too many are fooled.

Recently, America experienced another mass shooting, discussed briefly here: Virginia Beach Shooter: an Inconvenient Truth. Yet if the shooter were a sniper, assassinating on behalf of the state, oh, how the tributes would flow! As The Church And the American Sniper details at length.

In fact, RT posted this report on June 5th 2019: “Congressman admits to war crimes while defending Navy SEAL accused of same things.” The description states: “A US military judge has removed the lead prosecutor in the case of a Navy SEAL accused of committing several war crimes – due to a possible conflict of interests. That’s after he used e-mail trackers when corresponding with the defense. Meanwhile, a Republican Congressman recently came out in support of the accused – going so far as to confess to crimes himself.”

Of course, it’s not just the Congressman and the soldiers that are the problem; it’s the public itself that is evidently indifferent to crimes similar to the ones Julian Assange exposed. In fact, as Sara Flounders, of the International Action Center noted in the video, “By any standard, including the Nuremberg War Crimes tribunal, he should be brought up on charges. This idea that there are five year and seven year statute of limitations [is] absolutely not true. Of course there are Nazi war criminals that are thirty and fifty years later brought up on charges…

“This elected representative is facing no charges. And yet Chelsea Manning and Julian Assange and others for revealing these crimes are facing very heavy charges.”

By doing evil, the ones who torture and persecute Assange are doing worse harm to themselves than to their victim. Yet centuries ago a Christian author wrote from a perspective entirely incomprehensible to the ones who have tortured and persecuted Julian Assange. That man was William Shakespeare; they are some of the most powerful words ever written; these words are our heritage as well as a passionate statement of the truth. However, the denizens of the state, the persecutors of Assange, have betrayed their nation and humanity. I would indeed conclude that they have lost the right to be judged fully human, because they are totally lacking in mercy.

Here is an excerpt that features those words from the play The Merchant of Venice:

The quality of mercy is not strain’d,
It droppeth as the gentle rain from heaven
Upon the place beneath: it is twice blest;
It blesseth him that gives and him that takes:
‘Tis mightiest in the mightiest: it becomes
The throned monarch better than his crown;
His sceptre shows the force of temporal power,
The attribute to awe and majesty,
Wherein doth sit the dread and fear of kings;
But mercy is above this sceptred sway;
It is enthroned in the hearts of kings,
It is an attribute to God himself;
And earthly power doth then show likest God’s
When mercy seasons justice.

Perhaps one day, in the fullness of time, the perpetrators of this evil against Julian Assange will understand what it is to seek mercy…and be denied.