Dems Are Planning to Steal the 2020 Election

Democrats have an insurance policy for the 2020 Presidential election, and it has nothing to do with the eventual Democratic Party nominee.  The original policy was initiated by Obama, Comey, Brennan, McCabe, Hillary, and their ilk, bragged about by Strzok to his paramour, and paid for by the Democrat/media cabal.  The mephitic Mueller tried to cash it in, but the hero Marine got slapped down by Barr.

It’s a plan to “win” the election by any means necessary, even by cheating if necessary.  Of its components, the “failsafe,” is most intriguing, if for no other reason than it is so devious, underhanded, clever, and inventive, that it’s surprising it comes from the same left which gave us the ridiculously ludicrous Steele dossier and Smollett hoax.

Notice how quickly E. Jean Carroll disappeared from the headlines?  Or, how the same media, which has a conniption fit when Trump asks for an extra scoop of ice cream, scarcely publicized her rape accusation, and then let the matter drop with nary a peep? Perhaps a sealed indictment of Donald Trump (New York has no statute of limitations for first-degree rape) is being processed as we speak, with the purpose of it being leaked just in time for the election. 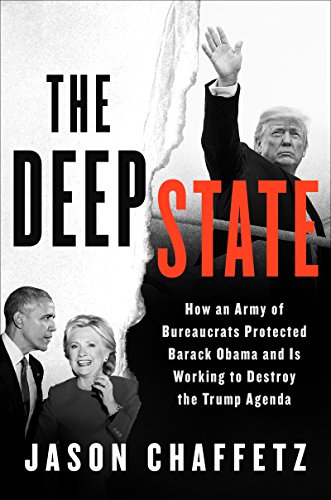 The Deep State: How an... Jason Chaffetz Check Amazon for Pricing.

Or a sealed indictment of Trump for campaign finance violations with respect to the Stormy Daniel payments will be leaked by the Office of the U. S. Attorney for the Southern District of New York — remember, Cohen and others are still “cooperating.”  And it’s no secret they’ve been investigating Trump.

In any case, expect a leak of a “sealed indictment” for something; the something is immaterial.  They’ve been shown the man; they’ll find the crime.  It’s common knowledge a prosecutor can indict a ham sandwich, right?  Well, there’s no bigger ham than Trump — all they need do is make the sandwich.

Mueller made a big deal about not being able to prosecute a sitting president, so much so, one is reminded of a Stephanopoulos’ setup question.  Get it out there so when it comes up again and they run with it, it seems fair because, heck, they gave him the benefit of the consideration and if not for the unfortunate leak, the indictment[s] would have remained sealed and secret until Trump was no longer president. In the fashion of Obama with every scandal, “no one is madder” than they about the leaks, and darn it, they’re putting their best team of men on it…

Adam Mill had a great article warning that attempts by media, celebrities, and prominent Democrats in 2016 to convince members of the Electoral College not to award their votes to Trump was a mere prelude to the coercion by doxing, intimidation, Tweetstorm, and social media ostracism they will employ in 2020 to impel electors to award their votes to whom they are told.

“[O]nly two people were persuaded to change their votes. These two people, who were totally anonymous and unelected, nullified hundreds of thousands of lawfully cast ballots as they succumbed to a secret campaign of intimidation and persuasion in the weeks after the 2016 presidential election.”

Yet, this was done on the spur of the moment. In 2020, they will have had four years to plan their machinations.

Arms Dealers and Lobbyists Get Rich as Yemen Burns2019 Toyota 86