It is difficult to understand how the Scottish writer Arthur Conan Doyle remains so popular today with his adventures of the world’s most famous detective when any critical thinking that contradicts the status quo is dismissed out of hand as the ranting of a lunatic.

In other words, it would have been next to impossible for Sherlock Holmes to break many cases today given the propensity of the powers-to-be to scream ‘conspiracy theory’ every time an explanation of an event surfaces that is at variance to the official narrative.

Consider the story, ‘The Adventures of the Dancing Men,’ published in 1903. Here we have one of those rare cases when one of Holmes’ clients succeeds in getting himself killed before the famed detective can solve the mystery.

The victim, Hilton Cubitt, hires Holmes after receiving a number of strange letters featuring stick figures in various hieroglyphic-style poses. We also learn that Cubitt has just been married to an American woman, who insisted that her husband never inquire about her past, which, she said, featured some “disagreeable associations.” 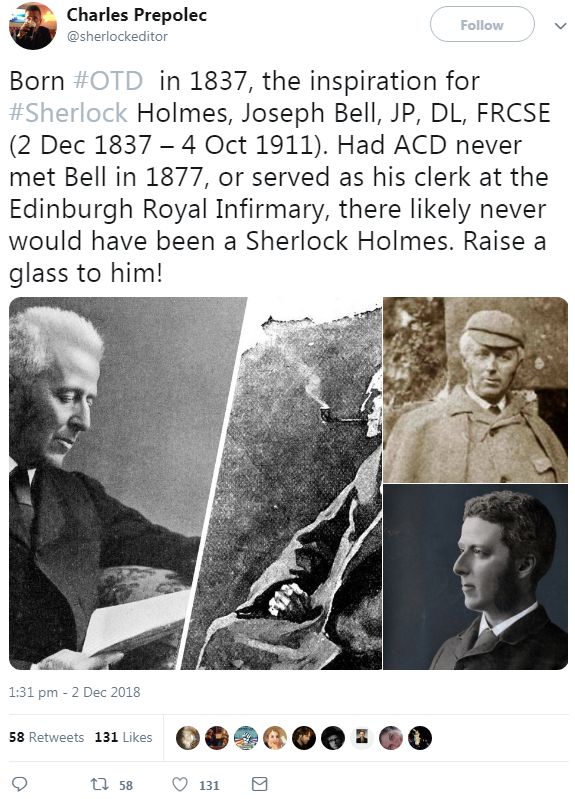 One day, Holmes was informed that Cubitt had been found dead of a bullet to the heart, while his wife, lying nearby, was wounded with a gunshot wound to her head. The police arrived on the crime scene and made the rapid determination that Cubitt had been killed by his wife, who then turned the weapon on herself. A lover’s quarrel, case closed.

Not so fast, said Holmes, who had been able to crack the code of the letters, discovering that the author had been using an ingenious cipher to compose them. He was able convince the local authorities to cast a net in an effort to capture the real perpetrator. The detective then mailed a letter to the suspect – an American, who believed the letter Holmes sent was from Cubitt’s wife – using the same cipher. I won’t spoil the ploy any further because the main point here is that Holmes was permitted to pursue a line of inquiry that ran counter to what the police on the scene had believed happened. In other words, Holmes was not dismissed as some dangerous quack. Instead, he was given an opportunity to lay out his evidence and present his case.

What was at stake in this case was more than just the truth. The fate of Cubitt’s wife hung in the balance since she survived the self-inflicted gunshot wound – so much for not spoiling the plot – and would have served out a lengthy prison term had it not been for the famous sleuth and his gift of observation and analysis. 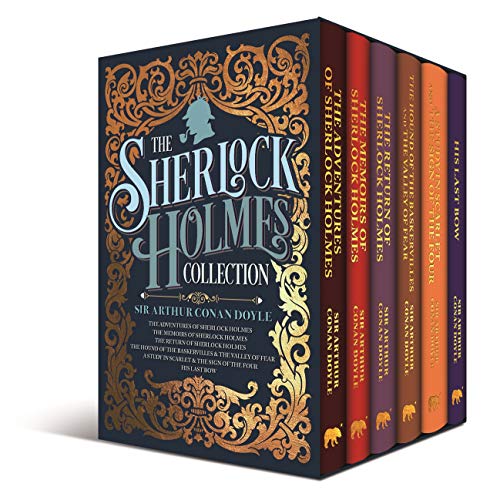 It’s important not to forget that criminals, due to the very nature of their work, naturally wish to cover their tracks since not getting caught is an important part of any crime. This requires the investigator to think like a criminal and, possibly, entertain some seemingly far-fetched hypotheses in order to answer the question ‘whodunnit.’

What is this if not democracy in action and the freedom of speech; the right to a fair trial, not the one that has been handed down to you? What wrongly accused individual, sitting behind bars in prison, would not want some wild-eyed ‘conspiracy theorists’ searching for the elusive truth that would vindicate him or her?

In Conan Doyle’s day, to entertain the notion that some explanation with regards to a crime was too wild to entertain – so long as it stood up to rigorous analysis – was not only inconceivable, it made for very poor fiction writing. And since there is actually little that separates the task of a police detective from that of an investigative journalist – which is, in a nutshell, arriving at the truth – we must ask why the latter is so determined not to consider alternative narratives to the ones they peddle to the public in one uniformed voice.

If the mainstream media were remotely concerned about revealing the truth with regards to any particular case, they would welcome a plurality of voices and then sift through the facts to find the golden nuggets. If a particular theory does not hold up to analysis it would be, like the marketplace of ideas, tossed aside like a worthless stone. As things stand, however, the media not only shuts down any and all alternative views, it has very few if any ‘investigative journalists’ of its own who are permitted to seriously challenge the state-sanctioned narrative. Indeed, much of the ‘investigative reporting’ arrives on the scene long after the damage has already been done.

Consider the prelude to the 2003 Iraq War, for example, when blind patriotism, not to mention political opportunism, was at toxic levels. Where was the media then? They were out shaking the proverbial pompoms, whoring on behalf of cruise missile sorties, while discrediting ‘dissenters’ worse than if they had been French “cheese-eating surrender monkeys” from the “axis of weasel.” If one wanted to get a real picture of the ‘conspiracy theorists’ polluting the media stream you could do no worse than that pathetic exercise in self-delusion and deceit. 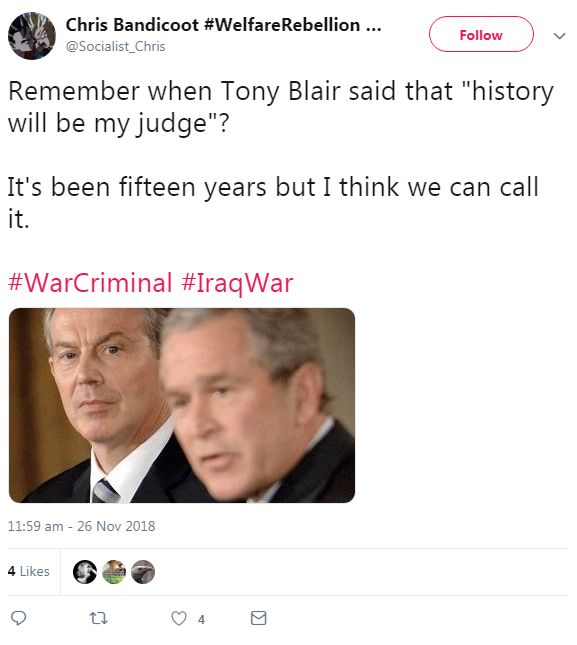 Only after Baghdad was under 24-hour bombardment, with UN weapons inspectors on the ground screaming that they could not find the smoking gun of WMDs, did the media start suggesting things were not all they were cracked up to be.

Michael Massing, writing in The New York Review of Books, called out the media out for its pathetic late-to-the-game handling of the war:

“In recent months, US news organizations have rushed to expose the Bush administration’s pre-war failings on Iraq. “Iraq’s Arsenal Was Only on Paper,” declared a recent headline in The Washington Post. “Pressure Rises for Probe of Prewar-Intelligence,” said The Wall Street Journal. “So, What Went Wrong?” asked Time. In The New Yorker, Seymour Hersh described how the Pentagon set up its own intelligence unit, the Office of Special Plans, to sift for data to support the administration’s claims about Iraq…” 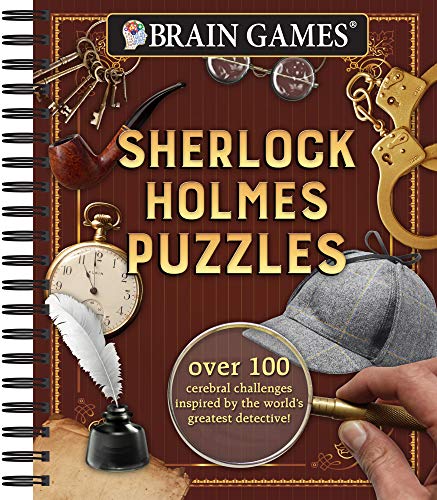 Watching and reading all this, one is tempted to ask, where were you all before the war? Why didn’t we learn more about these deceptions and concealments in the months when the administration was pressing its case for regime change—when, in short, it might have made a difference,” Massing asked.

The media’s enthusiasm for the Iraq War did not, however, fool the public into welcoming it with open arms. In fact, they did what the media should have been doing, coming out in record numbers around the world to question the reckless rush to war.

Patrick Tyler wrote in the New York Times that the protests showed there were “two superpowers on the planet: the United States and world public opinion.” We already know which superpower emerged triumphant, no thanks to the media lap dogs.

Iraq was just the beginning of the media’s fall from grace. Since the dawning of the Internet age and the rise of ‘citizen journalists,’ it has proven itself to be inextricably bound up with the state-sanctioned narrative on numerous occasions as one conspiracy theory after another is wheeled out for public consumption, with the Russiagate fairytale being the mother of them all. 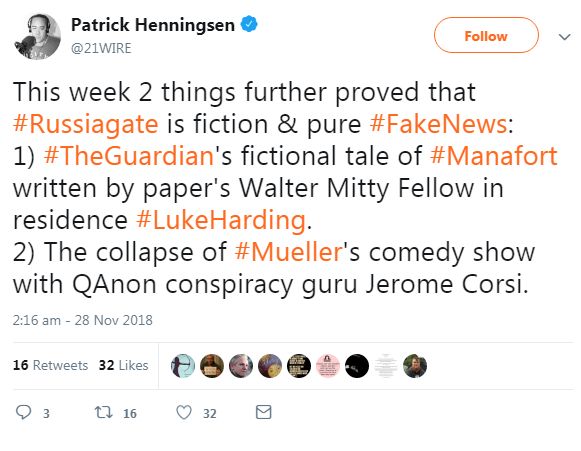 Meanwhile, in Syria, we are just one more chemical attack away from another major eruption of violence. What is so unacceptable about such dire prospects is that Western journalists – once again siding with the war machine – never report on the chemical attacks in Syria by asking who has the means, motive and opportunity for conducting them? The answer is so simple and obvious it could be handled by a child. Instead, the media would have us accept the conspiracy theory that Syrian President Bashar Assad, on the very cusp of military victory, chose at that precise moment to use chemical weapons against a motley crew of rebels, thus risking the intervention of the US and losing everything.

Rarely if ever do the Western mainstream media raise the much more likely possibility that the rebels, anxious for Western intervention amid severe setbacks, would be the most likely candidate to resort to such primitive methods.

I can only imagine that Arthur Conan Doyle, were he alive today, would blush in shame at the site of the mainstream media ‘investigative journalists,’ who apparently not only learned nothing from recent history, filled as it is with unnecessary bloodshed and violence, they learned nothing at all from the experiences of Sherlock Holmes.

Know the Propaganda About Eastern Europe Being Authoritarian?HuffPost’s Attack on Academic Integrity, Truth, and Justice