The supposed descent of Eastern European countries, and particularly Poland and Hungary, into the grips of authoritarian nationalist regimes has been the subject of heated discussion. This concern has not only attracted the anxious attention of our leftist media, such as the New York Times, the Washington Post, and the New York Review of Books; it has also occasioned heated reactions from Republican think tanks in Washington, most notably AEI and the Heritage Foundation. Both have issued statements of concern about the identitarian and anti-liberal direction now affecting Orban’s Hungary, Poland, and, perhaps less dramatically, Austria and Italy under right-of-center governments. Presumably Western European countries with socially liberal but pro-capitalist governments are better protected against the threat of this right-wing pestilence. In layman’s language, this may mean that these other European countries are seen as friendlier to American political and economic elites.

In view of these now prevalent attitudes, it may be useful to look at a recently concluded French study by Libertex, a libertarian polling operation, on the open exchange of information in various European countries. This comparative study, which looks at various European countries in terms of their openness to dissenting political views, constructs several criteria for its investigation. Among them are the relative absence of hate speech laws, an impartial (non-politicized) judicial system, the willingness or unwillingness of governments to ask Google and Facebook to censor unacceptable political opinion (a practice that in Western Europe almost always targets the right), the number of news agencies, and the possibility of holding open discussion without government censorship. 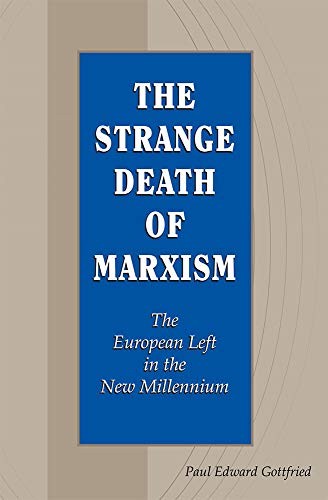 By most of these criteria, the United States (with a total score of 92.1) is the freest country investigated, followed by Denmark (at 81.8) and the United Kingdom (at 71.3). But strangely enough, the black sheep of the PC West, Hungary (at 69.7), is just behind the United Kingdom, and is followed by Italy (at 69.1). Closing the rankings are Russia (at 51.1) and France (at 46.4). Germany, which is not included in the study, would, in all probability, rate at the bottom, given the extent of its “antifascist” government surveillance and its use of laws shutting down political opposition. (For further information on Germany’s scandalous “democracy deficit,” I recommended my recently reissued The Strange Death of European Marxism.)

The polling, which offers “a realistic classification of freedom of expression,” particularly in France, “looks at the seamy side of the antifascist social engineering that is now taking place in Western democracies.” Germany and France have extensive hate speech laws: they punish the “trivialization” as well as denial of what is officially considered to be genocide. Laws that Libertex characterizes as “lois mémorielles” (legislation or directives dealing with impermissible historical memory) now include the criminalization of improper conclusions about the Armenian massacre in 1915, which scholars, teachers, and journalists are required under threat of steep fines and possible imprisonment to view as an act of genocide. French and German governments also blithely prosecute critics of Muslim immigration as hate criminals. At the same time, they typically indulge or try to explain away anti-Semitic diatribes and actions involving Muslim activists. The media, with the cooperation of progressive governments, will often try to associate such verbal or physical attacks with “extremism” in the indigenous European population. According to Libertex, censorship targeting right-of-center authors and movements rarely receives the same media scrutiny as complaints issuing from the multicultural Left.