Robots In World War 3? One Author And Army Ranger’s Take On Battlefield AI

A former Army Ranger, Paul Scharre, the author of Army of None: Autonomous Weapons and the Future of War, has pondered the implications of robots and their role in a third world war. But what Scharre is really concerned about it robots and artificial intelligence that can act and make decisions without any human input at all.

It all seemed so far away a decade ago, but AI and what that means for the future of humanity is now looming. In Scharre’s new book about what robots and artificial intelligence and what it will mean for the future of warfare, all outcomes seem horrible.  Scharre has expressed his concerns that fighting machines that can act without any human input and behave in ways that are difficult to understand, reported Reason. 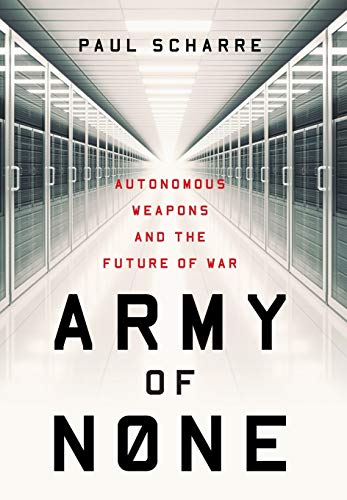 Soldiers on the battlefield “have to choose between various shades of wrong,” says Scharre, who is also a defense analyst at the Center for a New American Security. “What does it say about us as humans…if we offload the moral responsibility of those decisions to machines?”

Reason‘s Zach Weissmueller sat down with Scharre to discuss the current state of autonomous weaponry, the implications for the future of warfare, and the likelihood that these tools will end up in the hands of “nonstate actors.”

“How do you program robots to follow not just the law but also some of these moral principles?” Scharre asks. Autonomous weapons appear to be the future, but just how bleak does that future look that robots could be taking human lives without suffering the moral consequences of doing so?