I am sorry. I admit it: I am a bad person. I promise I will never write about this again. Well, sort of never. It’s just too much fun. Anyway, it’s not my fault. My childhood makes me do it. Maybe I ate lead paint. 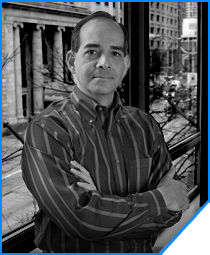 Science is supposed to be objective study of nature, impelled by a willingness to follow the evidence impartially wherever it leads. For the most part it works this way. In the case of emotionally charged topics, it does not. For example, racial intelligence, cognitive differences between the sexes, and weaknesses in Darwinian evolution.  Scientists who do perfectly good research in these fields, but arrive at forbidden conclusions, will be hounded out of their fields, fired from academic and research positions, blackballed from employment, and have their careers destroyed.

A prime example is Richard  Sternberg, a Ph.D. in biology (Molecular Evolution) from Florida International University and a Ph.D. in Systems Science (Theoretical Biology) from Binghamton University. He is not a lightweight. From 2001-2007 he was staff scientist at the National Center for Biotechnology Information; 2001-2007 a Research Associate at the Smithsonian’s National Museum of Natural History.

Hell broke loose when he authorized in 2004 the publication, in the Proceedings of the Biological Society of Washington, an organ of the Smithsonian Institution, of a peer-reviewed article, The Origin of Biological Information and the Higher taxonomic Categories by Stephen Meyer. It dealt with the possibility of intelligent design as an explanation of aspects of  Darwinism not explainable by the conventional theory. This is a serious no-no among the guardians of conventional Darwinism, the political correctness of science.

At the Smithsonian, he was demoted, denied access to specimens he needed in his work, transferred to work under a hostile supervisor, and lost his office space. In the ensuring storm of hatred, two separate federal investigations concluded that he had been made the target of malicious treatment.

Wikipedia:  The Sternberg peer review controversy concerns the conflict arising from the publication of an article supporting the pseudo-scientific concept of intelligent design in a scientific journal, and the subsequent questions of whether proper editorial procedures had been followed and whether it was properly peer reviewed.

Pseudoscience? Does not Darwinism itself qualify as pseudoscience?  It is firmly based on no evidence. For most readers this assertion will seem as delusional as saying that the sun revolves around the earth. This is because we have been indoctrinated since birth in the Darwinian myth. But look at the facts.

We are told that life arose by chance in the primeval oceans. Do we know of what those oceans consisted? (Know, not speculate, hope, it stands to reason, must have been, everybody says so). No, we do not. Do we know of what those oceans would have had to consist to bring about life? No. Do we even know what we think evolved? No. Has the chance appearance of life been replicated in the laboratory? No. Has a metabolizing, reproducing chemical complex been constructed in the laboratory, showing that it might be possible? No. Can the chance appearance be shown to be mathematically probable? No.  Can Darwinism explain the existence of irreducibly complex structures? No. Does the fossil record, particularly of the Ediacaran and Cambrian, support Darwin? No.

Darwinism was a clever metaphysical idea formed when almost nothing was known about the matter, and imposed by impassioned supporters on a near-total lack of evidence. Should not intensely believing in something that you cannot support by observation or experiment be called pseudoscience?

The ardent of evolution, like Christians, base their creation myth from a sacred book, The Origin of Species, both resting on about as much evidence. Thereafter they assume what is to be proved. Since Darwinists posit the unchallengeable truth of their version of creation, no reason exists for questioning it. If you know it happened, then obviously it was mathematically possible. The math can be discovered later. If you know that life originated in ancient seas, then how it originated becomes a mere detail. If you know the theory is correct, then anyone who doubts must necessarily be at least wrong, and thus ignorable, and perhaps a crank or fool or lunatic.

A classic example of starting from certainty is Darwinism’s reaction to the apparent irreducible complexity of the bacterial flagellum, though hundreds of others could be adduced. This is an immensely complex cellular organelle which would cease to function of any of its parts were removed. It could not have evolved by Darwin’s gradual changes. The Darwinians say, “Well, we aren’t sure just at the moment, but is possible that we will figure out later how it could have happened.” Yes, and it is possible that I will win three Irish Sweepstakes in a row. They are, again,  saying that they know that Darwinism is correct, and therefore the evidence will be forthcoming. This is called “faith,” the belief in the unestablishable.

As a friend has written in another context, “When utterly astonishing claims of an extremely controversial nature are made over a period of many years by numerous seemingly reputable academics and other experts, and they are entirely ignored or suppressed but never effectively refuted, reasonable conclusions seem to point in an obvious direction.”

Just so. A lot of highly credentialed researchers express doubts about doctrinaire Darwinism, asserting that it cannot explain many aspects of nature. What does explain them is a separate question. Why is wondering about this a firing offense?

A difficulty in conveying doubts about Neo-Darwinism (the correct name of the current theory) is that very few people, including the highly intelligent, know anything about the issue. The world is full of esoteric specialities from the decipherment of ancient Sumerian inscriptions to the neural anatomy of squids. Few will have chosen Darwin’s defects for careful study.

This is convenient for Darwinists as the dim will believe whatever they hear on television and the bright usually have other things to do with their brains. As the case of Mr. Sternberg shows, scientists who doubt Darwin–again, there are many–know better than to say anything.

If you follow the controversy, you quickly see patterns. One is that the Darwinists are fiercely defensive, suggesying doubt of their own position.   People seldom become infuriated at doubts of something that they believe with genuine certainty. If a physicist at CalTech expressed doubts about general relativity, he would certainly be challenged to prove his theory. He would not be hounded, belittled, forced to resign, charged with pseudoscience, and banned from publication.

Unfortunately for NeoDarwinism, the likelihood of confirmation diminishes with time. Year by year, the fossil record becomes less incomplete, and still the intermediates are not found. As molecular biology rapidly advances, the failure to find a chemically possible chain of events that might produce life leads ever more convincingly to a simple conclusion: There isn’t one.

America has some fifty-seven million residents of Latin-American descent, mostly citizens. Willy-nilly, they are part of America. Thinking that many Americans might want to know something about them, where they came from, what they do and have done, what manner of wights they be, the Occasional TourGuide will offer, occasionally, some glimpses. My purpose is not to suggest that Latin American countries are as advanced and well-governed as, say, Japan or Finland, or as dynamic as China. They are not remotely so. But neither are they the hellholes and bastions of primitivism that racialist websites hope they are. So:

Cartagena, Colombia. I am not sure it compares unfavorably with Chicago, Baltimore, Detroit, and others among America’s crumbling cities. In any event, there are more things in heaven and Latin America than in all the web lout mutterings about Latin hell holes. A year or so ago Vi and I  spent a month in Colombia, basing ourselves in the Candelaria district of Bogotá. This is the old city of widing alleys, backpackers (the best pople on earth), street crime, and superb restaurants: El Gato Gris, Las Brujas, One Step Up. The rest of the city has gone to sprawling parks, meseums, and skyscrapers.

Previous article by Fred Reed: How We Were

Robots In World War 3? Peter Schiff Warns the Next Recession Will Be Worse Than the Great Depression