There is a story from World War 2 that always struck me as the essence of what it meant to have a conscience. A German soldier who was a member of a firing squad told his commanding officer that he could not bring himself to fire upon and kill a lineup of helpless, innocent Jews. The commanding officer told the soldier if he did not follow orders and kill the Jews that he would have to join them. To the officer’s surprise, the soldier laid down his rifle and walked across to stand amongst the Jews. The officer gave the command and they were all shot to death.

Acts of conscience are never in vain, even if they are never heard about. No doubt, every time we hear of someone challenging authority to do what is inherently right, there are a thousand other such instances that are hidden or covered up. But these acts all contribute to our collective consciousness, and help to move our shared sense of self a little closer to the light.

Today, one of the major battlegrounds of conscience is the corporate office, where a small but growing number of the rank and file of the employed have started to question their own complicity in corporate policy and activities that is detrimental to humanity.

Google employees learned three months ago about the company’s decision to provide artificial intelligence to a controversial military pilot program known as ‘Project Maven’, which aims to speed up analysis of drone footage by automatically classifying images of objects and people.

This has spawned a petition signed by nearly 4,000 Google employees that asks Google to immediately cancel the contract and institute a policy against taking on future military work. The petition reads,

‘We can no longer ignore our industry’s and our technologies’ harmful biases, large-scale breaches of trust, and lack of ethical safeguards.These are life and death stakes.”

Open Letter Lays It Out

In support of Google employees, a recently written open letter from more than 90 academics in artificial intelligence, ethics, and computer science calls on Google to end its work on Project Maven and to support an international treaty prohibiting autonomous weapons systems. In the letter, they outline the implications of Google’s partnership with the military:

With Project Maven, Google becomes implicated in the questionable practice of targeted killings. These include so-called signature strikes and pattern-of-life strikes that target people based not on known activities but on probabilities drawn from long range surveillance footage.

While the reports on Project Maven currently emphasize the role of human analysts, these technologies are poised to become a basis for automated target recognition and autonomous weapon systems. As military commanders come to see the object recognition algorithms as reliable, it will be tempting to attenuate or even remove human review and oversight for these systems. According to Defense One, the DoD already plans to install image analysis technologies on-board the drones themselves, including armed drones. We are then just a short step away from authorizing autonomous drones to kill automatically, without human supervision or meaningful human control. If ethical action on the part of tech companies requires consideration of who might benefit from a technology and who might be harmed, then we can say with certainty that no topic deserves more sober reflection – no technology has higher stakes – than algorithms meant to target and kill at a distance and without public accountability.

An article on Gizmodo notes that ‘the mounting pressure from employees seems to have done little to sway Google’s decision—the company has defended its work on Maven and is thought to be one of the lead contenders for another major Pentagon cloud computing contract, the Joint Enterprise Defense Infrastructure, better known as JEDI, that is currently up for bids.’

In the face of this intransigence, a dozen employees have decided that the only thing left for them to do in good conscience is resign in protest. Their reasoning points to the contention that Google was not living up to its founding policies, and their very legitimate concerns were not being seriously considered:

Historically, Google has promoted an open culture that encourages employees to challenge and debate product decisions. But some employees feel that their leadership no longer as attentive to their concerns, leaving them to face the fallout. “Over the last couple of months, I’ve been less and less impressed with the response and the way people’s concerns are being treated and listened to,” one employee who resigned said.

“It’s not like Google is this little machine-learning startup that’s trying to find clients in different industries,” a resigning employee said. “It just seems like it makes sense for Google and Google’s reputation to stay out of that.” 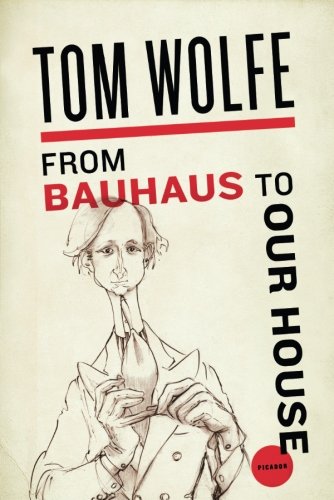 One employee explained that Google staffers were promised an update on the ethics policy within a few weeks, but that progress appeared to be locked in a holding pattern. The ethical concerns “should have been addressed before we entered this contract,” the employee said.–Gizmodo article

Hmm. A small company starts off with a big idea, grows by virtue of an open and inclusive policy with its employees, gets big and financially viable, and slowly abandons its founding principles in favor of power, control and influence. Where have we seen this before? Everywhere. It’s happening every day in our Corporatocracy, where the insane wealth and power at the top of the pyramid is able to gobble up companies any time they begin to present problems. Even more insidious is when they let them grow into a potent entity, with time-tested mechanisms in place to eventually infiltrate, compromise and corrupt any once high-minded and open company.

Why Employee Conscience In Corporations Is So Important

By our words and actions we as a collective define ourselves anew every day. Those who act with conscience against efforts that are harmful to peace and harmony on the planet help bring a better future into being. Those who avoid looking at the larger consequences of their actions out of fear or ignorance, or those who go ahead and do things they know are not right, simply because they were told to do them by their authority, are equally influential–and responsible–for defining what it means to be human.

Recall the verdict on German soldiers at the Nuremberg trials who said they were just ‘doing their job.’

When a critical mass of us make it a point to stop complying with policies and actions whose consequences are not in humanity’s best interests, that is when our collective evolution will really take hold.