Hugos Vs Puppies IV: Wrath of the Rabid

In 2013, Larry Correia set out to demonstrate that the Hugo Awards were handed out more for political reasons than quality.  He created the “Campaign to End Puppy-Related Sadness,” Sad Puppies for short, with a Spokesmanatee named Wendell.  The first campaign–an attempt to get Correia’s “Monster Hunter Legion” nominated–failed.

He continued the effort with Sad Puppies 2 the following year and managed to get quite a few of his selections nominated.  Vox Day’s “Opera Vitae Aeterna” was deliberately chosen to incite apoplexy.  Larry wrote 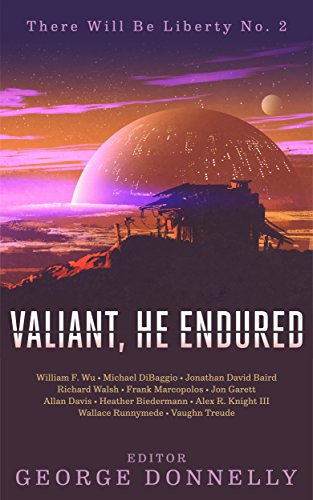 I said that for the Hugo’s the writer’s politics were more important than the quality of their work. I was called a liar. Yet, within a couple of hours of the announcement, there were multiple posts from the other side where groups of SJWs were strategizing how to make sure No Award beat me, and how to punish every other artist I recommended as well. Others were complaining that the rules needed to be changed to keep the undesirables out. All of this was while they proudly bragged how they had not read me, nor ever would… because tolerance.

Hugo voters denied that there was any personal or political bias in the award while simultaneously voting nearly all of the Sad Puppy nominations last and “Opera Vitae Aeterna” below No Award, because “Vox Day tried to game the Hugo awards.”  Day, who had made only a single blog post on the subject, was offended–not that he lost, but that he was accused of such a miserably bad attempt at gaming the award.

Sad Puppies 3 was taken up by Brad Torgersen, as Correia felt he had proven his point about the political slant of the Hugos and bowed out.  At this point, the Puppies branched off into two pedigrees; Torgersen headed the “Sad Puppies” while Vox Day released a “Rabid Puppies” slate, with quite a few titles overlapping both.

My recommendations for the Hugo Awards last year were not precisely the same as Larry Correia’s in Sad Puppies 2, nor are they identical to Brad Torgersen’s recommendations in Sad Puppies 3. But they are similar because we value excellence in actual science fiction and fantasy, rather than excellence in intersectional equalitarianism, racial and gender inclusion, literary pyrotechnics, or professional rabbitology. 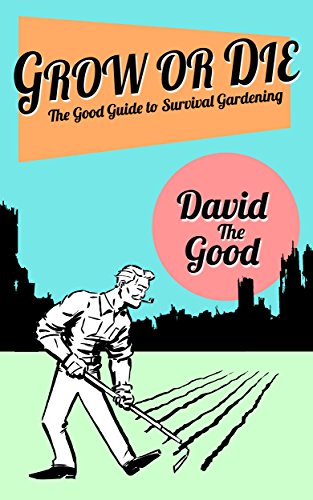 With estimates numbering about three hundred Puppies total, no one was expecting what followed–Puppy nominations sweeping five categories.  A media firestorm ensued, with the Puppies of both bloodlines demeaned and insulted as racists, sexists, homophobes, and any other derogatory remark that could be added to the list.  And, in a scorched-earth tantrum worthy of a nine-year-old emperor, twenty-five hundred people voted in a block to deny any awards in the five categories swept by the Puppies.

Further, the business meeting–the group that discusses changes in the Hugo voting procedures–introduced several modifications specifically to counter the Puppies.  The leading candidate, called “E Pluribus Hugo” or EPH, is designed to reduce the effects of “slate” voting by including a point-based calculation to each round of vote counting and elimination.  This change, if approved at the next World Science Fiction Convention business meeting, is likely to result in a “Hugo Security Council” arrangement, where any faction large enough can guarantee one permanent slot in any future Hugo nomination vote.

Which brings us to April 26th, and the announcement of the 2016 Hugo nominations, in this, the fourth year of the Puppies. Over four thousand people voted, which set a record (by comparison, the 2009 Best Novel nomination was decided by a less than 700 people).  Again, there were two Puppy factions:  Sad Puppies 4, the Embiggening, spearheaded by Kate Paulk and Sarah Hoyt, and Vox Day’s Rabid Puppies.

When both breeds are counted together, the hounds managed to place nominations in all categories and completely sweep ten of the fifteen.  Out of 81 slots–one category has six nominees, due to a tie–the Puppies selected 64.

The Sad Puppies went to great lengths to correct any perceived issues from the previous year, by offering up not a “slate” of exactly five, but a “suggested reading list” of up to ten titles, where anyone who wished to participate was allowed to add works for discussion.  Not that that  protected them from backlash, however.

Mere minutes after the nominations were announced, John Scalzi said that the Puppies were attempting to lead a parade that was already in motion, by nominating works of obvious quality that probably would have been nominated anyway.  George R. R. Martin made a similar observation:

The Rabids used a new tactic this year. They nominated legitimate, quality works in addition to the dross. Works by writers like Stephen King, Neil Gaiman, Neal Stephenson, Alastair Reynolds,…Andy Weir, and several others. Some of these writers are apolitical (like Weir) while others are known to oppose everything that VD stands for (Gaiman, Stephenson, King).

This is a tacit admission that the Puppies are doing exactly what they claim to be doing–nominating “legitimate, quality works” based on “excellence in actual science fiction and fantasy,” regardless of the political stance of the nominated writer.

And while the bulk of the nominations are obviously for deserving works–Stephen King received his first nomination for over thirty years–several of them are…unique.

For example, an episode of My Little Pony is nominated for Best Dramatic Presentation – Short Form.  While this might be considered a Rabid Puppy joke at the Hugos’ expense, it’s also just as appropriate as past nominees which have been labeled “left wing message fiction” by various commenters, as this particular episode is “right-wing message fiction:”

One of the most telling moments of the show is when the main characters are imprisoned for social reconditioning. After a night in prison, Starlight Glimmer leads the gang out to the gathered villagers to pressure them into giving up their old life. The gang resists, and one pony, Applejack, says, “You can’t force any pony to be friends. It doesn’t work like that.” 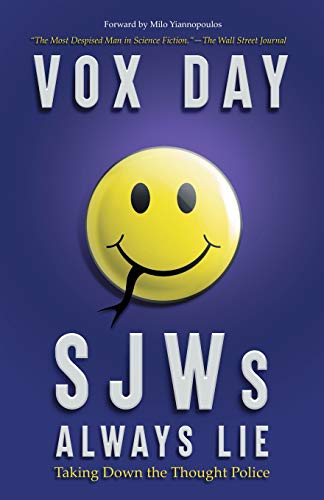 This prompts the villain to tell the crowd, “It’s alright, everyone. This is a perfectly normal part of the equalization process for those who haven’t…quite seen the light yet.” She then has the ponies escorted back into jail after saying, “We’ll try again tomorrow once you”—at this point the camera switches to the first-person perspective as if Starlight Glimmer is talking directly to the viewer—“have had a bit more time to consider our philosophy.”

…Nuances aside, the overall theme is quite clear: social Marxism is bad, and individuality is the true key to a good friendship and a happy society. It’s the message that everyone has a uniqueness that they should be proud of and that robbing yourself of it to fit in with everyone else might make equality, but it’s a hollow existence.

Normally this kind of messaging is found in political speeches or cringe-worthy movies made by political interest groups attempting to entertain. I never thought it would come from an admittedly fun and entertaining children’s show. I actually found myself laughing out loud at some of the humor just as much as I “whoa’d” every time the show made a blatantly negative reference to equality. I can’t believe I’m saying this, but I hope My Little Pony sets a trend.

Two Best Related Work nominations, however, are generally being overlooked in the furor over My Little Ponies (and Chuck Tingle’s gay dinosaur erotica in space), and those are much more problematic.  “The Story of Moira Greyland” outs fantasy writer Marion Zimmer Bradley for abuse and molestation, and “Safe Space as Rape Room” by Daniel Eness raises some very uncomfortable questions about science fiction fandom.

Science fiction is colossal today, spanning books, movies, television shows, comic books, and, yes, even children’s cartoons.  The Hugo Awards are supposed to be the recognition of the best works across that entire span.  In a way, the voting system is a representative democracy; those who pay the membership fee become the representatives for all of the science fiction and fantasy fandom.

The smaller the voter pool, the less representative of fandom those voters tend to be.  Only four thousand people voted for the 2016 nominations–which “smashes the previous record of 2,122 ballots set last year.”  With such a small number of voters, the use of public slates or private “whisper campaigns” can be easily accomplished with a mere handful of friends.

The Hugo awards do not need voting changes, membership restrictions, and ever more arcane mechanisms for counting the votes to dilute the effects of slate voting.  The proper solution is more–more Puppies, more slates, more fans, more voters–so that the representatives of fandom, in general, better reflect the general tastes of fandom, rather than the slanted and biased views of a privileged few.

Bush Republicanism Is Dead and GoneSomnolent Europe, Russia, and China