Science Fiction - The Culture War's Line in the Sand

It is a great time to be a science fiction fan.

With Doctor Who, Star Trek, and Star Wars all enjoying resurgences in popularity, with video games like Halo, movies like Interstellar, and even the movie adaptations of Avengers and Guardians of the Galaxy, the prospects for science fiction have never seemed brighter.

So, why, then, is it such a horrible time to be a reader of science fiction?

According to Publisher’s Weekly, science fiction books are having a major sales problem–down seven percent in 2014, after a drop of 21% in 2013.  Fewer and fewer people are reading it, despite the explosion of science fiction everywhere else. 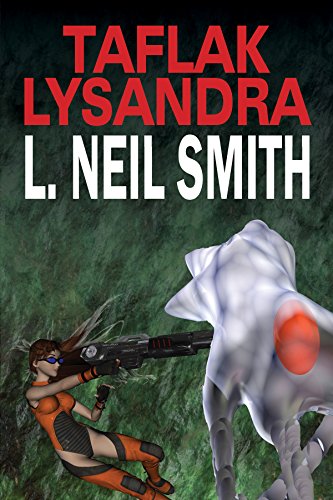 Why is science fiction–as a book genre–dying, while simultaneously conquering Hollywood, television, and video games?

Over the last twenty or thirty years, the science fiction publishing industry has changed.  Now, all of the major publishers, save one, take the political viewpoints of writers into account before publishing their works.  And if that writer happens to be libertarian, or conservative, or holds any views that don’t mesh neatly with the left-wing attitudes of the editors and publishers, then the only publisher willing to read their material is Baen.  Political correctness has become the key to science fiction, so excellent writers who don’t fit the mold are almost completely excluded from publishing and awards.

Larry Correia describes how he came to learn this:

You know what I found? WorldCon voters angry that a right-wing Republican (actually I’m a libertarian) who owned a gun store (gasp) was nominated for the prestigious Campbell. This is terrible. Did you know he did lobbying for gun rights! It’s right there on his hateful blog of hatey hate hate! He’s awful. He’s a bad person. He’s a Mormon! What! Another damned Mormon! Oh no, there are two Mormons up for the Campbell? I bet Larry Correia hates women and gays. He’s probably a racist too. Did you know he’s part of the evil military industrial complex? What a jerk.

No. Hardly any of them had actually read my books yet. Many were proud to brag about how they wouldn’t read my books, because badthink, and you shouldn’t have to read books that you know are going to make you angry. 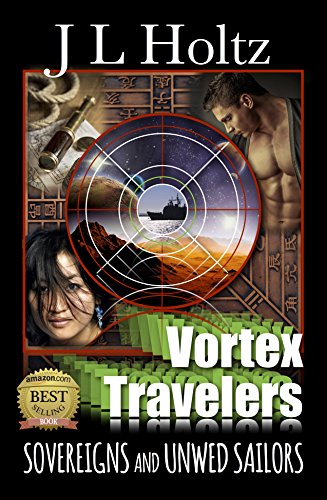 Larry isn’t the only writer to notice the anti-libertarian bias in science fiction.  Sarah Hoyt felt it too:

This immediately put me on notice that in the field if you were a conservative (I presume libertarians were worse, or at least they seemed to induce more mouth foaming.. And though I was solidly libertarian and – at the time – might have qualified as a Libertarian, I suspect if faced with my real positions they would have classed me as conservative, because my positions were self-obviously not left and that’s all it took.) there was only one house that would take you, and if what you wrote/wanted to write wasn’t accepted by then, then you were out of luck.

After that I lived in a state of fear

I imagine it was similar to living in one of the more unsavory periods of the Soviet Union. You saw these purges happen. Whisper-purges. You got the word that someone was “not quite the thing” or that they associated with so and so who associated with so and so who was a – dropped voice – conservative.Suddenly that person’s books weren’t being bought and somehow people would clear a circle around them, because, well, you know, if you’re seen with a – dropped voice – conservative they might think you’re one too. And then it’s off to Neverland with you.

I found a few other conservatives/libertarians (frankly, mostly libertarians) in the field, all living in the same state of gut clenching fear.

Larry Correia, though, decided to do something about it, and the first Sad Puppies campaign was born.

The Hugo awards, named for Hugo Gernsback, is an annual set of the “Best of Science Fiction” awards.  They are nominated, and voted on, by the members and attendees of the annual World

Larry used his blog as a bully pulpit to highlight works that would otherwise have been totally ignored by Worldcon voters.  The second Sad Puppies campaign, in 2014, was even more successful, managing to get at least one nomination in nearly every category, including a novella by Vox Day.

Larry’s contention was that the Hugo nomination and voting process was hopelessly politicized, so that only politically correct authors would ever be nominated.  The science fiction community reacted in shock at the accusation, denied the possibility outright–and then proceeded to validate it by voting many of the Sad Puppy nominations dead last out of sheer spite–especially celebrating that Vox Day’s “Opera Vita Eternae” came in sixth place in a field of five.

Having demonstrated that the Hugo was indeed political and broken, Larry bowed out, and the third Puppies campaign was picked up by Brad Torgerson (“Sad Puppies”) and Vox Day (“Rabid Puppies”).  They put together separate slates of what they felt was the best science fiction had to offer in 2015.  They then announced these slates on their individual web sites, and pointed out that any science fiction fan can become a Hugo voter simply by purchasing a membership to the Worldcon for $40.

The fans responded.  The “Puppies” practically swept the entire nominations.  And the howls began.

Before the nominations were even made public, one editor announced that the Puppies supported slates had managed to land three of the five slots for best novel.

…TNH launched a furious tirade on her blog, ‘Making Light’… attacking the Sad Puppies for sweeping the Hugo Noms. Threatening to bring down retribution for being nominated. Now coming from such a powerful person in Traditional Publishing, and one with… shall we say wide influence (the links are… telling) this is fairly serious bullying. Abuse of power.

But the important thing is WHEN IT HAPPENED.

It happened BEFORE the embargo was lifted.

Entertainment Weekly published an entirely one-sided libelous screed and they were eventually forced to retract it.  Other sites–The Telegraph, Huffington Post, io9, and Salon, to name just a few–followed suit, almost like they were all reading from the same script.

Both Brad and Vox were accused of “gaming the system” and “stuffing ballots” when all they did was point out that any science fiction fan could vote for the Hugo nominations.

Both men were accused of “trying to keep women off the ballot” when both of their slates included women, like Annie Bellet and Toni Weiskopf.

Brad Torgerson was accused of racism, despite an interracial marriage of over twenty years.

Larry Correia was accused of only starting the Sad Puppies project in the first place because he desperately wanted a Hugo of his own.  Larry countered by pointing out that not only had he turned down his nomination this year, he would turn down any and all future nominations as well.

I got a nomination for my novel Warbound last year. The people I’m trying to expose rose to the occasion, formed lynch mobs and started attacking. I got a nomination again this year, for my novel Monster Hunter Nemesis, but I refused the nomination, specifically to prove that this isn’t about me wanting a Hugo. Apparently that still isn’t enough.

Allow me to demonstrate my conviction, and state for the record that I will never accept a Hugo award nomination for myself. However, I will continue to assist other authors who I believe have been unfairly blacklisted and shunned get theirs.

The backers of the “Puppies” slates ‘gamed the system’ by…bothering to show up and vote.  This sounds exactly like the criticisms made against the fans and followers of Ron Paul several years back.

A small clique of left-wing publishers, editors, writers, and fans have controlled the Hugo for years, and they are threatening to make sure the winner of this year’s Hugos are all “No Award.”  Yes, “No Award” is a valid vote; it’s a shame that’s not an option in political elections.

Larry Correia, Brad Torgerson, Vox Day, and all of the other “Puppies” supporters set out to demonstrate that the Hugo process was politicized and broken.  They said that if authors were nominated who didn’t “fit the mold,” who weren’t approved by the ruling faction, they would be blacklisted, ostracized, insulted, and deliberately voted dead last, regardless of what they had written or how well it was done.  Their predictions have come true, and they have proven their point admirably.

Libertarians, and especially science fiction fans with libertarian leanings, should pay particular attention to the Puppies campaigns.  Like last year’s Gamersgate controversy, the Puppies drew a line in the sand–a stopping point in the ongoing culture war between individualists and statists, between the people who believe in freedom of expression and the mindless drones who believe in political correctness.

Folks, until or unless political correctness is given the boot, this kind of stuff isn’t going to stop.

It won’t be just me getting the torch. It will be you too. You other authors, and you other fans. Political correctness has a bottomless stomach, and is red in tooth and claw. Even if you try to appease the beast, it will eat you eventually anyway.

Anyone who pays the $40 Supporting Membership fee to the 2015 World Science Fiction Convention automatically becomes eligible to vote for this year’s “best of the best” in science fiction, and as part of the voting package, will receive free copies of all of the nominated stories (more than worth the $40).

They are also eligible to nominate entries for next year’s Hugo awards–which is already shaping up to be quite the battle.

Previous article by Allan Davis: Welcome to the Neighborhood