Yet the American population has been systematically educated and can be considered a nation of ingrained cholesterol phobias and the statin drug industry continues to rake in billions of dollars in revenues. 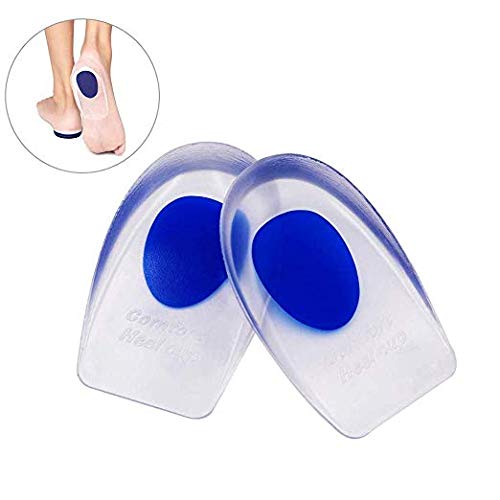 The science against statin drugs is strong, even overwhelming, yet the medical industry staunchly continues to prescribe statin drugs, even make them mandatory to get life insurance if cholesterol levels are high.

Criticism of statin drugs continues, but advocates of statins have further entrenched themselves.  How is such a large fraud undone when who knows how many jobs would be lost if health authorities would refuse to pay for these heart pills? How do you get millions of cholesterol-phobic Americans to stop taking statins when their doctor told them they face mortal consequences if they don’t?  Here is the current state of affairs.

Back in February of 2015 two brave medical investigators published a damning analysis of the science behind statin cholesterol-lowering drugs.  [How statistical deception created the appearance that statins are safe and effective in primary and secondary prevention of cardiovascular disease, Expert Reviews Clinical Pharmacology March 8, 2015]  They claim the current use of statin drugs is based upon scientific deceit.  That analysis stands in the face of 25 million Americans who have been duped by the medical establishment to take an ineffective, problematic, liver-toxic drug.

But what alternatives does modern medicine have to prevent heart attacks beyond aspirin tablets, which are also problematic (they cause bleeding gastric ulcers and brain hemorrhages) and are ineffective (81 milligram baby aspirin does not prevent blood clots in coronary arteries). [American Journal Medicine2010]

The University of South Florida, the professional home of one of the statin investigators, issued a press release summarizing the scathing report, which was widely disseminated, mostly by low-trafficked online sources of medical information.  [Eureka Alert Feb 20, 2015]  Major news sources were absent in their coverage. 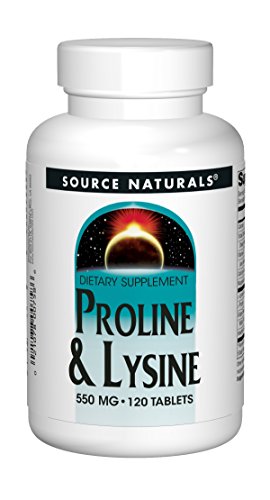 The two investigators, David M. Diamond, writing from the J.A. Haley Veterans Hospital and University of South Florida, along with Uffe Ravnskov in Sweden, had earlier written in the British Medical Journal that there was no scientific support linking dietary saturated fat to coronary heart disease.  [British Medical Journal 2012]  How dare these two do-gooders attempt to upset medical dogma and then do it again!

The end of statins?

A review of Drs. Diamond and Ravnskov’s paper by Dr. Allan Magaziner of the Center for Wellness in Cherry Hill, New Jersey was titled: “The End Of Statins?”  [Center For Wellness]

Well, not quite the end of statins.  The forces behind statin drugs have dug in their heels, broadened guidelines that call for millions more Americans to take statin drugs, and have defended statin drug use without adequate scientific substantiation.

All that need happen is for Medicare and private insurance to halt payments for statin drugs and the argument would be over.  How many Americans would continue to pay for statin drugs when it would cost them out of pocket? The $20-billion-a-year statin drug propaganda machine keeps selling these pills.  Statin drug advocates continue to describe statins as “miracle” drugs and are winning the war so far.

1.    Cholesterol reduction may have deleterious consequences. 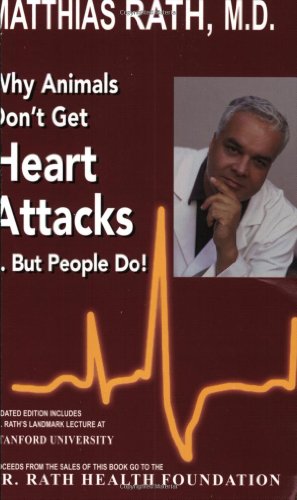 2.   The lack of a link between arterial disease and cholesterol was originally described in 1936 and confirmed numerous times since then

4.   Almost all of the heart attacks prevented by statin drugs are non-mortal.  (Most sudden-death heart attacks are caused by electrical storms in the heart, not by cholesterol.)  [LewRockwell.com]

5.   While it is said only 1% of statin drug users report muscle damage, many patients discontinue taking statins for this reason and are never counted in side effect studies.  Furthermore, the Food & Drug Administration divides and tabulates muscular symptoms, which are common among statin users, into eleven categories, which are only recognized as a major problem when combined.

6.   Low cholesterol is observed among individuals with violent behavior and is also a biological marker for major mental depression and suicidal behavior.  Among a study of 143 statin drug users with memory loss or mental problems, 90% of them improved with statin discontinuation.

Who will put a stop to the statin drugs?

Drs. Diamond and Ravnskov write: “If the pharmaceutical industry continues to expand its control over medical education, research and the news media, then 5 years from now most adults, as well as children with elevated cholesterol will be on a statin.” 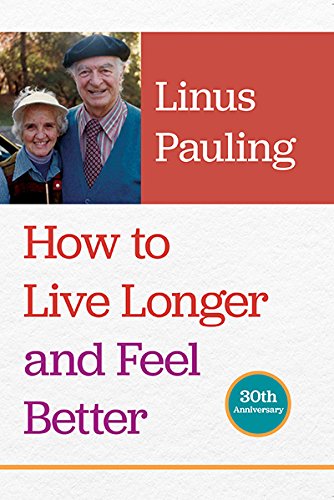 Who will stand up to these bullies?  When the British Medical Journal (BMJ) did in fact publish a report showing the side effect rate for statin drugs is around 18-20% (with a benefit ratio of 1%), long-time statin drug advocate Professor Rory Collins demanded that the journal retract that report.  The BMJ did correct their report to be more precise – the side effect rate was 17.4% to be specific, but issued no retraction.  Professor Collins is the head of a university group that refuses to release all of the raw data on statin drug trials for review.  This lack of transparency is summarized in the book entitled The Great Cholesterol Con by Dr. Malcolm Kendrick, a Scottish physician.

With the publication of Diamond and Ravnskov’s report, cholesterol advocates fired back with a study published in the New England Journal of Medicine two months later that called for up to 87% of age 60-plus men and 54% of women to start a statin drug regimen. [New England Journal Medicine April 10, 2014]

These new guidelines for prescribing cholesterol drugs received widespread attention in the news media, but not Drs. Diamond and Ravnskov’s biting criticism.  In fact, the newly issued cholesterol guidelines abandoned cholesterol altogether and maintained statin drugs should be used broadly to prevent heart attacks regardless of cholesterol levels (??).  [Medscape]  The hubris.

It may take awhile for healthy consumers to get over their cholesterol phobia and resume eating cholesterol-rich eggs again.  Americans were eating 421 eggs a year per capita in 1945 and only consume 250/year today. [The Washington Post Jan 7, 2016]  Over the past 60 years egg consumption dropped while heart disease actually increased. 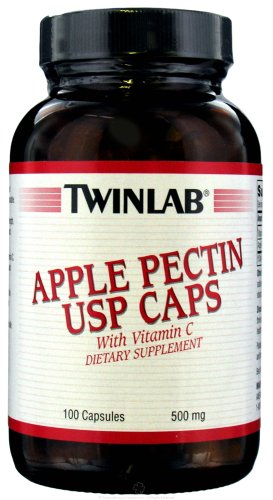 The current cholesterol deception is a giant manipulation involving government agencies, the news media (evening TV news is “owned” by Big Pharma), public health agencies like the FDA and professional organizations like the American Heart Association.  It is nothing short of racketeering in medicine, with people’s lives caught in the balance.  There may be no effective way to reach the masses and warn them of the dangers posed by statin drugs.  The masses look toward the news media and their doctors to be their medical referees.

If not statins, then what?

Not to leave patients at risk for heart disease out on a limb wondering what really does prevent heart attacks, there is strong science that vitamin C + amino acids proline and lysine reduce an overlooked cholesterol particle called lipoprotein(a).  When vitamin C is lacking lipoprotein(a) may form a sticky bandage in coronary arteries where blood platelets adhere to hasten the development of blood clots that induce a heart attack.

Most animals produce their own vitamin C internally and don’t develop coronary artery disease.  Those animals that don’t, like guinea pigs, rapidly develop heart disease unless their chow is fortified with vitamin C. [Knowledge of Health] Due to a universal gene mutation, humans, like guinea pigs, lost their ability to synthesize vitamin C many generations ago and must acquire vitamin C from the diet.

Guinea pig chow is fortified with the human equivalent of 800 milligrams of vitamin C.  For humans, the Daily Value for vitamin C is just 60 milligrams.  The Recommended Daily Allowance (RDA) for vitamin C for adults is 90 milligrams (125 mg for smokers).  [Linus Pauling Institute] 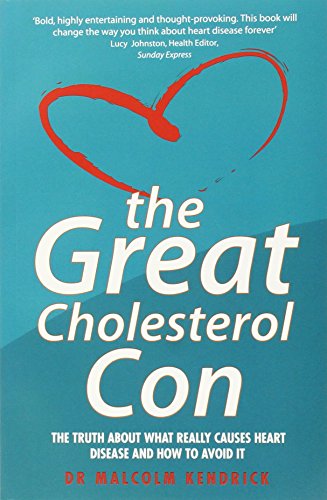 The most ideal protection for the heart has been demonstrated in animals and humans.  It is called cardiac preconditioning.  Long ago it was observed if a mild or temporary blockage in a coronary artery occurred this would activate the body’s internal antioxidant defenses and the extent of a subsequent major heart attack would be blunted.  In the animal lab researchers have shown a modest dose of the red wine molecule resveratrol (rez-vair-ah-trol) activates cardiac preconditioning and turns an otherwise mortal heart attack into a non-mortal event. [Resveratrol News]

It has become apparent that calcification rather than cholesterol clogs coronary arteries.  (I chronicled this more than eight years ago.) [LewRockwell.com] A report in the Journal of the American College of Cardiology raises the possibility that half of the patients eligible to take statin drugs may be able to avoid them altogether by knowing their coronary arterial calcium score.  (Be aware, CAT-scans performed to determine calcium arterial scores emit radiation that is problematic.)

In one study of 4,758 participants, 41% had a calcium arterial accumulation score of zero and would not benefit from statin drug therapy.

A noted cardiologist wrote: “Finding a calcium arterial score of 0 in someone otherwise thought to be in a net benefit group is a powerful reason to consider withholding statin therapy.” [MedPageToday.com; Journal American College Cardiology Oct 13, 2015]

For the staunch cholesterol phobe, it was noted vitamin C researcher Emil Ginter from Bratislava, Slovakia in the 1990s who documented that the combination of vitamin C and apple pectin facilitates the excretion of excess cholesterol via bile flow without the liver toxicity posed by statin cholesterol-lowering drugs.