Al-Zahrawi: The Legacy of the Father of Modern Surgery

The period from the 8th century until the 13th century AD is commonly referred to as the Islamic Golden Age. During this era, the Islamic world produced numerous scholars who contributed greatly to various branches of human knowledge, including philosophy, mathematics, and astronomy. Islamic intellectuals during this age made many important contributions to the history of medicine, including ‘Ali ibn al-‘Abbas al-Majusi (Latinized as Haly Abbas), Muhammad ibn Zakariyā Rāzī (Latinized as Rhazes or Rasis), and Abū al-Qāsim Khalaf ibn al-‘Abbās az-Zahrāwī (popularly known as Al-Zahrawi, and Latinized as Abulcasis).

The Life of Al-Zahrawi

Al-Zahrawi was born in 936 AD in El-Zahra, near Cordoba, Andalusia, southern Spain. This was the most prosperous period of the Umayyad Caliphate of Cordoba, which was in control of the region. Unfortunately, little is known about Al-Zahrawi’s life. It is said that Al-Zahrawi received royal patronage and was recognized as a medical genius. Thus, for over 50 years, he served as the court physician to the second caliph of Cordoba, Al-Hakam II, and al-Mansur, the de facto ruler of Muslim Spain after the death of Al-Hakam. Nevertheless, it is said that Al-Zahrawi insisted on seeing patients regardless of their financial status. This allowed Al-Zahrawi to see a wide variety of patients each day, and record his treatment of them. By doing so, the court physician left behind a valuable medical treatise known as the Al-Tasrif li man ajaz an-il-talif (‘An Aid for Those Who Lack the Capacity to Read Big Books’), or simply as the Al-Tasrif.

Al-Tasrif: An Encyclopedia of Medicine

The Al-Tasrif may be considered as a very important piece of work in the history of medicine, as it became the standard reference in Islamic and European medicine for over half a century. This encyclopedia of medicine was completed around the year 1000 AD, and is divided into 30 volumes. Each volume deals with a different aspect of medicine, and descriptions of over 300 diseases as well as their treatments can be found within them. Additionally, other aspects of medicine are discussed in the Al-Tasrif. For instance, in one of the early volumes, Al-Zahrawi wrote about the way to diagnose diseases and remarked that a good doctor should always rely on his own observations of a patient and his/her symptoms, rather than just accepting what is being said by the patient. 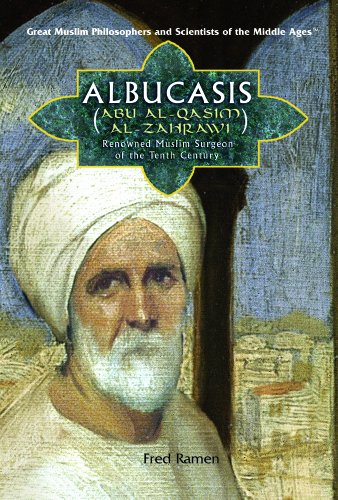 Ever Heard of Amla?Statin Nation