Preface to Against the State

“These are the times that try men’s souls.” So said Thomas Paine in Common Sense, a pamphlet that sparked the American Revolution. We face similar trying times today. The American government embroils us in destructive, costly, and illegal wars. Under the malign management of the Fed, money and credit are subject to inflationary pressures that, as Austrian business cycle theory explains, lead to depressions. The government subjects us to a crushing tax burden. Our civil liberties are under continued assault, and the government claims the right to kill us without trial. The government’s excuse for this is the unnecessary “war on terror.” If we didn’t intervene abroad, there would be no terrorist blowback against America. In any case, the threat is grossly exaggerated. As if this were not enough, the government also wages a harmful “war on drugs” that puts thousands in jail and discriminates against blacks.

Matters are no better at the state and local levels. The police are supposed to protect us, but all-too-often, they kill us instead. SWAT teams sometimes go to the wrong address on their misbegotten drug raids and then kill and brutalize innocent victims. State and local governments take over our property under “eminent domain.” These governments also take away our money through taxation. The state school system has failed miserably. It subjects its young captives to compulsory indoctrination, designed to get them to be pliant to the depredations of the government.

The list could go on and on. These evils are not the product of temporary malfunctions in the state. To the contrary, the state is by nature evil. As Franz Oppenheimer and his disciple Albert Jay Nock showed, the state began in violence and it has always been an instrument of violence. It is a means by which one group in society can exploit the rest of us. St. Augustine said, “Without justice, what is the state but a great robbery?” Without justice — the state by its nature cannot be just.

If this is so, the answer to the problems sketched above is apparent. We must get rid of the state and replace it with voluntary arrangements. Instead of entrusting our protection to a predatory state, why not rely on peaceful cooperation of people in a free market?

Many readers will be tempted to throw up their hands in horror. “This is anarchy,” they will say. They are right, but anarchy does not mean what they think it does. Many people think that “anarchy” is a synonym for “chaos.” “Mere anarchy is loosed on the world,” as Yeats said. This is not what we have in mind. Anarchy is precisely the reverse of chaos. Libertarian anarchists contend that the free market is the best way to produce a peaceful and prosperous social order.

In this book, we will see how an anarchist society will solve our major social problems. Except for small groups of exploiters, we would all be better off if we lived in an anarchist system. In making our case, we will rely heavily on the pioneering work of Murray Rothbard. He combined the best features of Austrian economics and the nineteenth-century individualist anarchist tradition into a uniquely powerful synthesis. In works such as Power and Market, The Ethics of Liberty, and For a New Liberty, he showed how an anarchist system would work.

In order to make the case for anarchism, we have to meet one objection that is likely to occur to many readers. If the state mismanages the economy, oppresses us domestically, and injects us into unneeded wars, why not simply end these bad programs? Why not restore Constitutional, limited government? Isn’t anarchism too drastic a response? We will see that this popular answer is inadequate. Government cannot be limited. Further, making the government more “democratic” is no answer either. As Hans Hoppe shows in his contemporary classic Democracy: The God That Failed, democracy is part of the problem, not the solution.

We will proceed by first looking in more detail at the disastrous programs the American government is responsible for, and then we will present the anarchist answer to these problems. 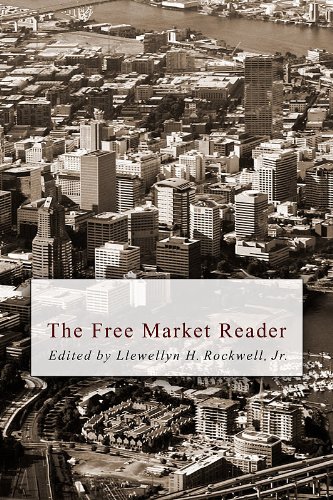