Sophistry and the State

The Perils of Fuzzy (Thick) Thinking

Libertarianism is adherence to the non-aggression principle, which in turn is short-hand for a certain private property order being inviolate. This private property order involves non-transferable bodily-self-ownership, transferable ownership of external scarce resources one has homesteaded or is a transferee of, and restitution whenever either of the above types of ownership are violated. The more thoroughgoing is one’s embrace of the non-aggression principle, the more that person is a libertarian.

In his 2008 essay, Libertarianism through Thick and Thin, Charles Johnson, an impressively erudite libertarian scholar, argues that this is an excessively narrow or “thin” conception of libertarianism, and that libertarianism should be conceived more broadly, or “thickly,” such that it includes other commitments. Especially recently, Sheldon Richman, another very principled libertarian and a veteran of the movement, has taken up the cudgels on behalf of Charles’s notion of “thick libertarianism.”

To cut to the chase, I believe Johnson’s basic conceit is that things that are related to libertarianism, thinly conceived, should also be considered a constituent, identifying part of libertarianism, thickly conceived. Frankly, I don’t believe that approach is useful, or even coherent. Relation is not identity.

Most, if not all, libertarians have some ideas (of course speculative and incomplete) concerning the pattern of results that more applied libertarianism might yield, as well as patterns of reality that result from violations of libertarianism. Johnson subsumes “that which may result from libertarianism” into libertarianism, calling it “thickness from consequences.”

Hardly anybody has ever denied that certain things favor libertarianism, may result from libertarianism, and may share supporting grounds with libertarianism. In fact, recognition of such things has been so prevalent among libertarians, that a favorite tactic of “thick” proponents is to point out such recognitions by their critics, and fallaciously proclaim their “hypocrisy.” But of course seeing a relation, say, between atheism and liberty (in the case of Randians), or conservatism and liberty (in the case of Hans-Hermann Hoppe) is not the same thing as accepting the identity of the two related things. And subsuming such related things into the definition of libertarianism is not necessary for recognizing such relations.

An Invitation to Compromise

Such confounding does, however, present, not only problems for coherent thought, but serious strategic dangers for the libertarian project. As Lew Rockwell recently wrote:

“To claim that it is not enough for the libertarian to oppose aggression is to fall into the trap that destroyed classical liberalism the first time, and transformed it into modern liberalism. How, after all, did the classical liberalism of the eighteenth and nineteenth centuries become the state-obsessed liberalism of the twentieth and twenty-first centuries? How did the once-venerable word liberalism become perverted in the first place? Precisely because of thickism. Sure, twentieth-century liberals said, we favor liberty, but since mere negative liberty — that is, restrictions on the state — doesn’t appear to yield a sufficiently egalitarian result, we need more than that. In addition to restrictions on some state activity, we need the expansion of other forms of state activity.

After all, the new liberals said, state oppression isn’t the only form of oppression in the world. There’s poverty, which limits people’s ability to make life choices. There’s private property, whose restrictions limit people’s ability to express themselves. There’s discrimination, which limits people’s opportunities. There’s name-calling, which makes people feel bad. To focus entirely on the state is to miss these very real forms of harm, the new liberals said.

Sound familiar? Is this not precisely what many thick libertarians are now saying? Attacking the state is not enough, we hear. We must attack “patriarchy,” hierarchy, inequality, and so on. Thick libertarians may disagree among themselves as to what additional commitments libertarianism entails, but they are all agreed that libertarianism cannot simply be dedicated to eradicating the initiation of physical force.”

“But the NAP is not to be sacrificed for the sake of these other commitments,” respond the principled thick libertarians. But of course, those inclined toward compromise and statism will have no time for such fine distinctions, and will be happy to take that one little step from considering the NAP a first imperative among many, to considering the NAP as just one of several imperatives to be judiciously “balanced” (even perhaps “balanced” out of existence). And the language will be sufficiently fuzzy for them to easily use sophistry to take many potential libertarians along with them. And anyone who thinks statists won’t exploit any toehold you provide them to the fullest is naïve. 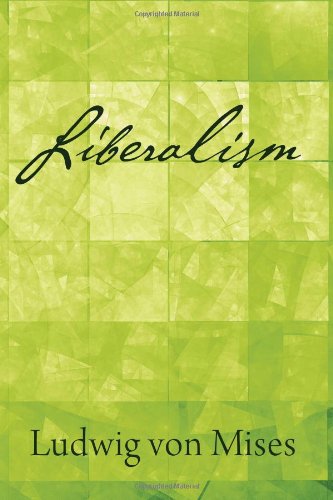 Ludwig von Mises, the “Last Knight of Liberalism,” in his book on liberalism, wrote:

“The program of liberalism, therefore, if condensed into a single word, would have to read: property…”

…which again, is what the NAP is merely short-hand for. Mises said that everything else liberals call for is merely subservient to that goal:

“All the other demands of liberalism result from this fundamental demand.”

Here, even Mises has a “strategic thickness” usage of the term “liberalism.” But of course with a thinker as sound and principled as Mises, it had no ill effect. Not so, for others in the liberal tradition.

A prime example of the historical corruption of liberalism that Rockwell speaks of— its shifting away from private property—is John Stuart Mill. The great historian of classical liberalism, Ralph Racio, has written:

“Worst of all was Mill’s deformation of the concept of liberty itself. Liberty, it seems, is a condition that is threatened not only by physical aggression on the part of the state or other institutions or individuals. Rather, “society” often poses even graver dangers to individual freedom. This it achieves through “the tyranny of the prevailing opinion and feeling,” the tendency “to impose, by other ways than civil penalties, 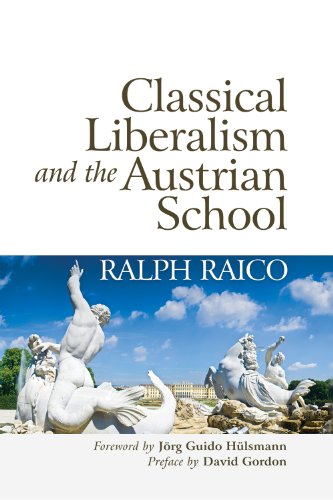 its own ideas and practices as rules of conduct on those who dissent from them,” to “compel all characters to fashion themselves upon the model of its own”. True liberty requires “autonomy,” for adopting “the traditions or customs of other people” is simply to engage in “ape-like” imitation.”

Now, of course Mill didn’t call himself a “thick liberal.” The distinction-blurring philosophical concept of “thickness” had not been concretely formulated yet. But in effect, he was, embracing what Johnson calls “thickness from grounds.” His opposition to physical aggression was based on shared grounds with his opposition to “the tyranny of the prevailing opinion and feeling,” and so he lumped both into his “thick” (or as Raico put it, “deformed”) conception of liberty.

Mises blamed still other instances of Mill’s “thickening” (“confounding”) for what he regarded as Mill’s leading role in corrupting “liberalism.”

“John Stuart Mill is an epigone of classical liberalism and, especially in his later years, under the influence of his wife, full of feeble compromises. He slips slowly into socialism and is the originator of the thoughtless confounding of liberal and socialist ideas that led to the decline of English liberalism and to the undermining of the living standards of the English people.”

In a recent article, Sheldon Richman sought to counter Rockwell’s historical narrative with a passage about the corruption of “liberalism” by someone who lived through it and opposed it, the great liberal Herbert Spencer:

“Passing now to our special question, we may understand the kind of confusion in which Liberalism has lost itself: and the origin of those mistaken classings of political measures which have misled it — classings, as we shall see, by conspicuous external traits instead of by internal natures. For what, in the popular apprehension and in the apprehension of those who effected them, were the changes made by Liberals in the past? They were abolitions of grievances suffered by the people, or by portions of them: this was the common trait they had which most impressed itself on men’s minds. They were mitigations of evils which had directly or indirectly been felt by large classes of citizens, as causes to misery or as hindrances to happiness. And since, in the minds of most, a rectified evil is equivalent to an achieved good, these measures came to be thought of as so many positive benefits; and the welfare of the many came to be conceived alike by Liberal statesmen and Liberal voters as the aim of Liberalism. Hence the confusion. The gaining of a popular good, being the external conspicuous trait common to Liberal measures in earlier days (then in each case gained by a relaxation of restraints), it has happened that popular good has come to be sought by Liberals, not as an end to be indirectly gained by relaxations of restraints, but as the end to be directly gained. And seeking to gain it directly, they have used methods intrinsically opposed to those originally used.”

What Richman is missing, is that Spencer’s account fits perfectly with Rockwell’s. What Spencer here refers to is a runaway case of Johnson’s “thickness from consequences.” Liberalism was thickened to include, not only rights, but the indirect consequences of those rights. Once this was done, it was easy for a later generation of self-styled liberals to jetisson those rights for the sake of a more direct state-based pursuit of those consequences, and still call themselves “liberals.” After all, wasn’t liberalism about the “mitigation of evils”? How could state relief for the poor, then, be anti-liberal?

Any concept can be “thickened” by blurring its boundaries, and merging relations into identity with the concept. But the function of terms is to sharpen distinctions, not to blur them. A language with fewer distinctions is less, not more, useful, for theorizing and communicating. Blurring distinctions opens the door to sophistry. And sophistry opens the door to the state.

Previous article by Dan Sanchez: The State: Shield or Hydra?