The Future of Libertarianism

Marxists were notorious for infighting over the most trivial differences. One group would secede from another, reverse the word order of the group it had seceded from, and declare itself the new and pure group. The first group, the new group would declare to the world, was part of the fascist conspiracy to suppress the coming workers’ triumph, even though the differences between the two groups were completely undetectable even to an expert.

An informal debate taking place among libertarians these days, regarding whether people ought to be “thick” or “thin” libertarians, is of a different character. It strikes at the very heart of what libertarianism is.

Before I proceed, let me anticipate an objection. Shouldn’t I spend my time attacking the state instead of criticizing other libertarians?

For one thing, look around at this website: it’s a veritable treasure trove of articles on every subject under the sun. Over the years at LRC we have left no stone unturned in exposing the evils and lies of the state, and building up the libertarian alternative. As a matter of fact, I have a new book on the verge of release that continues in that tradition: Against the State: An Anarcho-Capitalist Manifesto.

Secondly, there’s nothing wrong with what some people disparage as “infighting.” A respectful exchange of ideas is how a school of thought develops. And I agree with Tom Woods: it is not true, as many allege, that libertarians

are uniquely prone to arguments among themselves. Just observe the Democrats, the Republicans, your homeowners’ association, Catholics, Protestants, Muslims – or, for that matter, just about anyone.

Proponents of a “thick” libertarianism suggest that libertarians are bound to defend something more than the nonaggression principle, and that libertarianism involves commitments beyond just this. One such proponent recently said, “I continue to have trouble believing that the libertarian philosophy is concerned only with the proper and improper uses of force.” But no matter how difficult it may be for that person to believe, that is precisely what libertarianism is, and that is all it is.

As Murray Rothbard, Mr. Libertarian himself, once explained:

Libertarianism does not offer a way of life; it offers liberty, so that each person is free to adopt and act upon his own values and moral principles. Libertarians agree with Lord Acton that “liberty is the highest 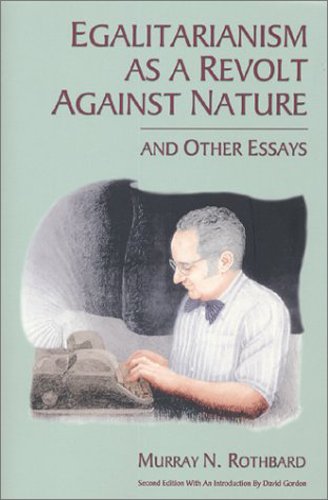 political end” – not necessarily the highest end on everyone’s personal scale of values.

We have been told by some libertarians in recent months that yes, yes, libertarianism is about nonaggression and private property and all that, but that it is really part of a larger project opposed to all forms of oppression, whether state-imposed or not. This has two implications for the thick libertarian. First, opposing the state is not enough; a real libertarian must oppose various other forms of oppression, even though none of them involve physical aggression. Second, libertarianism should be supported because the reduction or abolition of the state will yield the other kinds of outcomes many thick libertarians support: smaller firms, more worker cooperatives, more economic equality, etc.

Let’s evaluate these implications one at a time.

To claim that it is not enough for the libertarian to oppose aggression is to fall into the trap that destroyed classical liberalism the first time, and transformed it into modern liberalism. How, after all, did the classical liberalism of the eighteenth and nineteenth centuries become the state-obsessed liberalism of the twentieth and twenty-first centuries? How did the once-venerable word liberalism become perverted in the first place? Precisely because of thickism. Sure, twentieth-century liberals said, we favor liberty, but since mere negative liberty – that is, restrictions on the state – doesn’t appear to yield a sufficiently egalitarian result, we need more than that. In addition to restrictions on some state activity, we need the expansion of other forms of state activity. 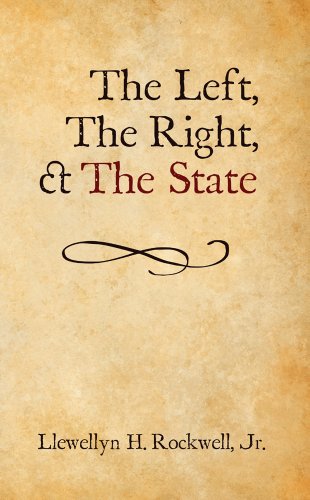 After all, the new liberals said, state oppression isn’t the only form of oppression in the world. There’s poverty, which limits people’s ability to make life choices. There’s private property, whose restrictions limit people’s ability to express themselves. There’s discrimination, which limits people’s opportunities. There’s name-calling, which makes people feel bad. To focus entirely on the state is to miss these very real forms of harm, the new liberals said.

Sound familiar? Is this not precisely what many thick libertarians are now saying? Attacking the state is not enough, we hear. We must attack “patriarchy,” hierarchy, inequality, and so on. Thick libertarians may disagree among themselves as to what additional commitments libertarianism entails, but they are all agreed that libertarianism cannot simply be dedicated to eradicating the initiation of physical force.

If some libertarians wish to hope for or work toward a society that conforms to their ideological preferences, they are of course free to do so. But it is wrong for them – especially given their insistence on a big tent within libertarianism – to impose on other libertarians whatever idiosyncratic spin they happen to have placed on our venerable tradition, to imply that people who do not share these other ideologies can’t be real libertarians, or to suggest that it would be “highly unlikely” that anyone who fails to hold them could really be a libertarian. That these are the same people who complain about “intolerance” is only the most glaring of the ironies.

Thus the danger of thick libertarianism is not simply that vast chunks of the American population will fail to pass its entrance requirements, not keeping up every ten minutes with what MSNBC informs us is acceptable to

believe and say. The danger is that thick libertarianism will import its other concerns, which by their own admission do not involve the initiation of physical force, into libertarianism itself, thereby transforming it into something quite different from the straightforward and elegant moral and social system we have been defending for generations.

Now for the second implication, that opposition to the state should be favored because it will yield egalitarian outcomes. (Of course, the abolition of the state will necessarily increase the level of egalitarianism from the point of view of status; the inequality of status between state officials on the one hand, who today may carry out all kinds of moral outrages with the legitimacy of the state to support them, and ordinary people, who are constrained by the traditional moral rules against theft and aggression, on the other, will no longer exist when the state disappears.) But what if it doesn’t? The claim that firms will tend to be smaller on the free market, and that government policy encourages bigness in business, is far too sweeping a statement about far too complex a phenomenon. What if the absence of the state leads to no change in firm size, or in the employer-employee relationship, or in wealth inequality?

At that point, the question would become: to which principle are thick libertarians more committed, nonaggression or egalitarianism? What if they had to choose?

Likewise, the hatred of some classical liberals for the Church motivated them to confiscate Church property and impose restrictions of various kinds on Church activity. When it came down to a choice between their belief in liberty and their personal hatred for the Church, their personal hatred won the day, and their supposedly principled opposition to violence was temporarily suspended.

How people arrive at libertarianism is also immaterial. There are various schools of thought that culminate in the principle of nonaggression. Once there, we may of course debate what precisely constitutes aggression in particular cases, and other foundational questions within the general framework of the impermissibility of aggression. But if the school of thought you belong to takes you only partly toward nonaggression, it is not the case that you have discovered a new or better form of libertarianism. Such a case would mean only that you are partly a libertarian, not a different kind of libertarian.

Whether it’s the claim that self-defense laws are “racist,” that Bitcoin is “racist,” or that libertarians ought to throw off “white privilege” – all of which have been advanced by libertarians claiming to have moved beyond our alleged fixation with the nonaggression principle – the various forms of thick libertarianism are confusing the core teaching of what we believe. None of these concerns have the slightest bit to do with libertarianism.

All of these additional claims are a distraction from the central principle: if you oppose the initiation of physical force, you are a libertarian. Period. Now how hard was that?

Don’t Use This Common Soap The Great Judge Napolitano