Was Rambo Right? Hundreds of POWs may have been left to die in Vietnam, abandoned by their government – and our media

In the closing days of the 2008 presidential campaign, I clicked an ambiguous link on an obscure website and stumbled into a parallel universe.

During the previous two years of that long election cycle, the media narrative surrounding Sen. John McCain had been one of unblemished heroism and selfless devotion to his fellow servicemen. Thousands of stories on television and in print had told of his brutal torture at the hands of his North Vietnamese captors, his steely refusal to crack, and his later political career aimed at serving the needs of fellow Vietnam veterans. This storyline had first reached the national stage during his 2000 campaign, then returned with even greater force as he successfully sought the 2008 Republican nomination. Seemingly accepted by all, this history became a centerpiece of his campaign. McCain’s supporters touted his heroism as proof that he possessed the character to be entrusted with America’s highest office, while his detractors merely sought to change the subject.

Once I clicked that link, I encountered a very different John McCain.

I read copious, detailed evidence that hundreds of American POWs had been condemned to death at enemy hands by top American leaders, apparently because their safe return home would have constituted a major political embarrassment. I found documentation that the cover-up of this betrayal had gone on for decades, eventually drawing in a certain Arizona senator. According to this remarkable reconstruction of events, the average teenage moviegoer of the 1980s watching mindless action films such as Rambo, Missing in Action, and Uncommon Valor was seeing reality portrayed on screen, while the policy expert reading sober articles in the pages of The New Republic and The Atlantic was absorbing lies and propaganda. Since I had been believing those very articles, this was a stunning revelation.

But was this alternate description of reality correct? Could this one article be true and all the countless contrary pieces I had read in America’s most prestigious publications be false, merely the presentation of official propaganda endlessly repeated? I cannot say. I am not an expert on the history of the Vietnam War and its aftermath. 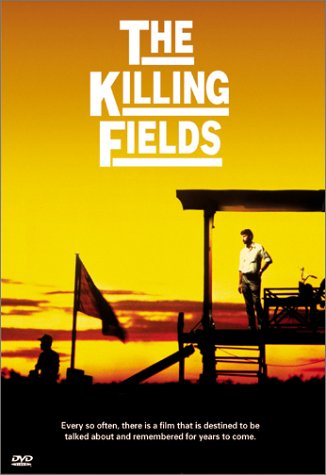 Yet consider the source. The author of that remarkable 8,000-word exposé – “McCain and the POW Cover-Up,” published on The Nation Institute’s website – was Sydney Schanberg, one of America’s foremost Vietnam War journalists. His reporting won him a Pulitzer Prize, and his subsequent book on Cambodia was made into The Killing Fields, an Oscar-winning movie. Schanberg later served as one of the highest-ranking editors at the New York Times, with a third of the reporters at our national newspaper of record working under him. A case can be made that no living American journalist can write with greater credibility on Vietnam War matters. And he had labored for years researching and exhaustively documenting the story of American POWs abandoned in Indochina – a story that if true might easily represent the single greatest act of national dishonor ever committed by our political leaders.

He presented a mass of evidence with names, dates, and documentary detail. Many of the individuals mentioned are still alive and could be interviewed or called to testify. Sealed government records could be ordered unsealed. If America wishes to determine the truth, it can do so.

Yet what I found most remarkable about Schanberg’s essay were not its explosive historical claims but the absolute silence with which they were received in the mainstream media. In 2008, John McCain’s heroic war record and personal patriotism were central to his quest for supreme power – a goal he came very close to achieving. But when one of America’s most eminent journalists published an exhaustive report that the candidate had instead served as one of the leading figures in a monumental act of national treachery, our media took no notice. McCain’s public critics and the operatives of his Democratic opponent might eagerly seize upon every rumor that the senator had had a private lunch with a disreputable corporate lobbyist, but they ignored documented claims that he had covered up the killing of hundreds of American POWs. These allegations were serious enough and sufficiently documented to warrant national attention – yet they received none.

All of this might seem unimaginable except that it falls into a strong pattern of the press avoiding stories of overwhelming importance. Consider how many of the national disasters of the past few years have been caused by the unwillingness of our major media to question official truths or the widespread beliefs of our elites. The Iraq “cakewalk” to eliminate Saddam’s WMDs, the nationwide housing bubble, and the Madoff swindle might have been prevented or would never have reached such massive proportions if reporters and editors had been willing to investigate and present claims contrary to the soothing blandishments of the powerful. Instead, it has become the norm for press outlets simply to repeat, with a few word substitutions, stories indistinguishable from those previously published by dozens of other press outlets, without ever examining any contrary evidence that might raise doubts about this perceived reality. Truth has come to mean the lies that everyone believes.

A couple of years ago, in one of my last exchanges with my late friend Lt. Gen. Bill Odom, who ran the National Security Agency for President Ronald Reagan, we agreed a case could be made that today’s major American media had become just as dishonest and unreliable as the old Soviet propaganda outlets of the late 1970s. At the time, we were discussing the coverage of our road to the Iraq War, but subsequent events have demonstrated that this national illness is far more advanced than either of us had suspected. Whether or not Schanberg is proven correct, the shameful cowardice of our mainstream media is already proven by the wall of silence surrounding his work.

In an attempt to breach that wall, we present Schanberg’s account of how his remarkable story was buried, as well as his explosive original article. TAC has also convened a symposium of critics drawn from military, political, and journalism backgrounds to explain how this report could have failed to reach a mass audience. A small political magazine does not have the resources to investigate the detailed evidence of Schanberg’s case, but we can hold a mirror up to America’s major media and force them to see what stories they now regard as completely non-newsworthy.

And if Schanberg’s claims are indeed correct, they reveal the lethal consequences of America’s overweening national pride. After all, his history is a simple one. Following the battle of Dien Bien Phu in 1954, the Vietnamese refused to return their French POWs unless Paris agreed to pay financial compensation for the war. The French leaders paid the money and got their men back. Similarly, the Vietnamese refused to return their American POWs unless the U.S. government agreed to pay reparations. Nixon signed a document promising to do exactly that, but the Vietnamese, being cautious, kept many of the POWs back until the money was delivered. Then Congress refused to authorize the funds because “America doesn’t lose wars.” Nixon and later U.S. leaders never acknowledged the fate of these captives lest the American people become outraged. And as the years and decades went by, and various schemes to ransom or rescue the POWs were considered and rejected, their continued existence became a major liability to numerous powerful political figures, whose reputations would have been destroyed if any of the prisoners ever returned and told his story to the American people. So none of them ever came home.

And read Schanberg’s account of how this story was buried by the mainstream media here.

For further perspectives on this story, visit the links below:

Andrew J. Bacevich: Will Iraq be forgotten as well?

John LeBoutillier: How the D.C. media covers for the establishment

Ron Unz is a Silicon Valley software developer and publisher of The American Conservative.

With Just Six Words Is Europe Heading for a Meltdown?