Five years ago, a tragedy occurred in American journalism: Investigative reporter Gary Webb – who had been ostracized by his own colleagues for forcing a spotlight back onto an ugly government scandal they wanted to ignore – was driven to commit suicide. But the tragedy had a deeper meaning.

Webb’s death on the night of Dec. 9, 2004, came as the U.S. press corps was at a nadir, having recently aided and abetted President George W. Bush in taking the country to war in Iraq under false pretenses. The press corps also had performed abysmally in Bush’s two presidential campaigns in 2000 and 2004, hesitant to take on the powerful Bush Family.

In retrospect, Webb’s suicide could be viewed as an exclamation point on that sorry era, which had begun a quarter century earlier with the rise of Ronald Reagan and the gradual retreat – under right-wing fire – of what had once been Washington’s Watergate/Pentagon Papers watchdog press corps.

Yet, five years after Webb’s death, the U.S. news media continues to scrape along the bottom, still easily intimidated by the bluster of right-wing media attack groups and fast-talking neoconservatives – and still gullible in the face of lies and myths used to justify the wars in Iraq and Afghanistan.

But the sad tale of Gary Webb remains instructive for anyone wanting to understand what went wrong with the U.S. news media and why much more work is needed to rebuild an independent press corps as a safeguard for the American Republic.

Webb’s important historical role began in 1996 when his "Dark Alliance" investigative series for the San Jose Mercury News revived public interest in the CIA’s tolerance of cocaine trafficking by President Reagan’s beloved Nicaraguan contra rebels in the 1980s, at a time when Reagan was promoting a “just say no/zero tolerance/war on drugs.”

The scandal of contra cocaine trafficking and the CIA’s protection of these crimes had surfaced in the 1980s, but the Big Three newspapers – New York Times, Washington Post and Los Angeles Times – paid the scandal little heed, mostly accepting the denials of Reagan administration insiders. 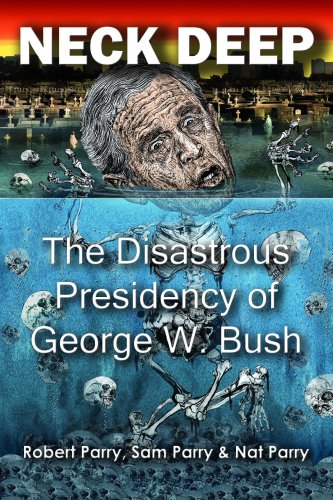 So, when Webb shed new light on the scandal in 1996, the same newspapers subjected Webb to a merciless assault and rejoiced when Webb’s editors caved in to the pressure and forced Webb to quit in disgrace.

Nevertheless, Webb’s series prompted an internal CIA investigation by Inspector General Frederick Hitz who issued two reports in 1998 containing devastating admissions about the CIA’s knowledge and protection of contras known to be active in the cocaine trade.

The Big Three newspapers’ response was mostly to downplay or ignore Hitz’s findings, rather than to correct the record.

Because of this misused power of the Big Three – in this case, to protect the reputation of the Reagan administration and their own failings – Webb’s reputation was never rehabilitated. He was unable to find decent-paying work in his profession; his marriage fell apart; he struggled to pay bills; and he was faced with a move out of a modest rental house near Sacramento.

So, on Dec. 9, 2004, the 49-year-old Webb typed out suicide notes to his ex-wife and his three children; he laid out a certificate for his cremation; he taped a note on the door telling movers – who were coming the next morning – to instead call 911.

Webb then took out his father’s pistol and shot himself in the head. The first shot was not lethal, so he fired once more.

Even with Webb’s death, the big newspapers that had played key roles in his destruction couldn’t bring themselves to show Webb any mercy.

After Webb’s body was found, I received a call from a reporter for the Los Angeles Times who knew that I was one of Webb’s few journalistic colleagues who had defended him and his work. Back in 1985 for the Associated Press, I also had co-written with Brian Barger the first story exposing the contra-cocaine scandal.

I told the L.A. Times reporter that American history owed a great debt to Gary Webb because he had forced out important facts about Reagan-era crimes. But I added that the L.A. Times would be hard-pressed to write an honest obituary because the newspaper had not published a single word on the contents of the CIA inspector general’s final report, which had largely vindicated Webb.

To my disappointment but not my surprise, I was correct. The L.A. Times ran a mean-spirited obituary that made no mention of either my defense of Webb, nor the CIA’s admissions in 1998. The Times obituary was republished in other newspapers, including the Washington Post.

In effect, Webb’s suicide had enabled senior editors at the Big Three newspapers to breathe a little easier, since one of the few people who understood the true and ugly story of not only the Reagan administration’s protection of the contra-cocaine trafficking but the U.S. media’s complicity in the cover-up was now silenced.

To this day, none of the journalists or media critics who participated in the destruction of Gary Webb has been punished for their actions. None has faced the sort of humiliation that Webb had to endure. Instead, the death of Gary Webb and the circumstances surrounding it have remained one of the U.S. news media’s dirty little secrets.

In recognition of that continuing injustice, I believe it’s fitting on the fifth anniversary of Webb’s death to remind the American people of what Webb’s work helped expose.

Webb’s suicide in 2004 had its roots in his fateful decision eight years earlier to write a three-part series for the San Jose Mercury News that challenged a potent conventional wisdom shared by the elite U.S. news organizations – that one of the most shocking scandals of the 1980s just couldn’t possibly be true.

Webb’s “Dark Alliance” series, published in August 1996, revived the decade-old allegations that the Reagan administration in the 1980s had tolerated and protected cocaine smuggling by its client army of Nicaraguan rebels known as the contras.

Though substantial evidence of the contra crimes had surfaced in the mid-1980s (initially in an article that Brian Barger and I wrote for the Associated Press in December 1985 and later at hearings conducted by Sen. John Kerry), the major news outlets had refused to take the disclosures seriously. 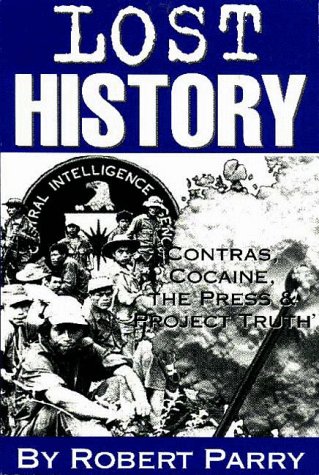 Thus, the truth of the contra-cocaine scandal was left in that netherworld of uncertainty, largely proven with documents and testimony but never accepted by Official Washington.

But Webb’s series thrust the scandal back into prominence by connecting the contra-cocaine trafficking to the spread of crack that ravaged Los Angeles and other American urban centers in the 1980s. For that reason, African-American communities were up in arms as were their elected representatives in the Congressional Black Caucus.

Webb’s “Dark Alliance” series offered a unique opportunity for the major news outlets to finally give the contra-cocaine scandal the attention it deserved.

But that would have required some painful self-criticism among Washington journalists whose careers had advanced in part because they had not offended Reagan supporters who had made an art out of punishing out-of-step reporters for pursuing controversies like the contra-cocaine scandal.

Also, by the mid-1990s, a powerful right-wing news media had taken shape and was in no mood to accept the notion that many of President Reagan’s beloved contras were drug traffickers. That recognition would have cast a shadow over the Reagan Legacy, which the Right was busy elevating into mythic status.

There was the turf issue, too. Since Webb’s stories coincided with the emergence of the Internet as an alternate source for news and the San Jose Mercury News was at the center of Silicon Valley, the big newspapers saw a threat to their historic dominance as the nation’s gatekeepers for what information should be taken seriously.

Plus, the major media’s focus in the mid-1990s was on scandals swirling around Bill Clinton, such as some firings at the White House Travel Office and convoluted questions about his old Whitewater real-estate deal. 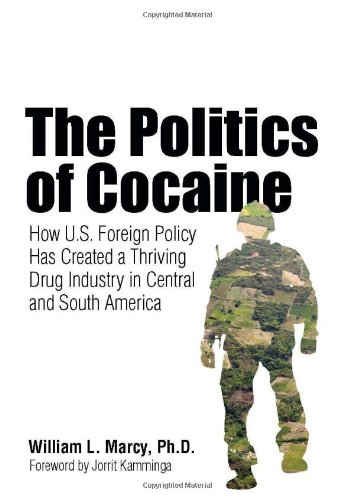 In other words, there was little appetite to revisit scandals from the Reagan years and there were strong motives to disparage what Webb had written.

It fell to Rev. Sun Myung Moon’s right-wing Washington Times to begin the counterattack. The Washington Times turned to some ex-CIA officials, who had participated in the contra war, to refute the drug charges.

Then – in a pattern that would repeat itself over the next decade – the Washington Post and other mainstream newspapers quickly lined up behind the right-wing press. On Oct. 4, 1996, the Washington Post published a front-page article knocking down Webb’s story, although acknowledging that some contra operatives did help the cocaine cartels.

The Post’s approach was twofold: first, it presented the contra-cocaine allegations as old news – “even CIA personnel testified to Congress they knew that those covert operations involved drug traffickers,” the Post sniffed – and second, the Post minimized the importance of the one contra smuggling channel that Webb had highlighted – that it had not “played a major role in the emergence of crack.”

Soon, the New York Times and the Los Angeles Times joined in the piling on against Gary Webb. The big newspapers made much of the CIA’s internal reviews in 1987 and 1988 – almost a decade earlier – that supposedly had cleared the spy agency of a role in contra-cocaine smuggling.

But the CIA’s decade-old cover-up began to weaken on Oct. 24, 1996, when CIA Inspector General Hitz conceded before the Senate Intelligence Committee that the first CIA probe had lasted only 12 days, the second only three days. He promised a more thorough review.

Nevertheless, Webb was becoming the target of media ridicule. Influential Post media critic Howard Kurtz mocked Webb for saying in a book proposal that he would explore the possibility that the contra war was primarily a business to its participants.

Webb’s suspicion was not unfounded, however. Indeed, White House aide Oliver North’s chief contra emissary Rob Owen had made the same point in a March 17, 1986, message about the contra leadership.

“Few of the so-called leaders of the movement … really care about the boys in the field,” Owen wrote. “THIS WAR HAS BECOME A BUSINESS TO MANY OF THEM.” [Capitalization in the original.]

In other words, Webb had been right and Kurtz had been wrong.

Still, although Kurtz and other big-name journalists may have been ignorant of key facts about the contra war, they still pilloried Gary Webb.

The ridicule also had a predictable effect on the executives of the Mercury News. By early 1997, executive editor Jerry Ceppos was in retreat.

Robert Parry broke many of the Iran-Contra stories in the 1980s for the Associated Press and Newsweek. His latest book, Neck Deep: The Disastrous Presidency of George W. Bush, was written with two of his sons, Sam and Nat. His two previous books are Secrecy & Privilege: The Rise of the Bush Dynasty from Watergate to Iraq and Lost History: Contras, Cocaine, the Press & ‘Project Truth’.

The late investigative reporter Robert Parry, the founding editor of Consortium News, broke many of the Iran-Contra stories for The Associated Press and Newsweek in the 1980s. His last book is America’s Stolen Narrative.
Earth on the Brink of an Ice Age Green Guilt