The Worms in the Apple Who's really behind that "bipartisan" call to attack Iran?

"The U.S. should begin preparing crippling sanctions on Iran and publicly make clear that a military strike is possible should the Iranian government press ahead with its nuclear effort, a bipartisan policy group said. u2018If biting sanctions do not persuade the Islamic Republic to demonstrate sincerity in negotiations and give up its enrichment activities, the White House will have to begin serious consideration of the option of a U.S.-led military strike against Iranian nuclear facilities,’ said the study from the Bipartisan Policy Center in Washington."

Yes, it’s a "policy center" that’s "bipartisan" — just a group of disinterested centrist policy wonks, responsible and "mainstream" to a fault, who have no real ideological agenda or axe to grind. Right?

Who or what is the "Bipartisan Policy Center (BPC)," and what is the source of their foreign policy expertise? Formerly the National Commission on Energy Policy (NCEP), the group was a left-of-center alliance of big liberal foundations and their collaborators in the "environmentalist" movement, academia, and government. Their agenda: draconian restrictions on energy production. You would think that the energy industry would stay far away from this group, but no: included among this gaggle of radical environmentalists and anti-business academics were top executives or former executives with Ford, Exelon, and ConocoPhillips — corporations big enough to survive and even prosper under the new "environmentalist" regime, since BPC-backed regulations would cripple their competitors.

In any case, NCEP morphed into the Bipartisan Policy Center in 2002, with money from Big Oil (Chevron) and four major left-of-center foundations. It has been largely concerned with promoting environmentalism, and goody-two-shoes "good governance" programs, especially those that require expansion of federal government power. Its foray into the foreign policy realm is relatively recent, but here the vaguely leftist tone is abandoned, and no wonder: its top foreign policy "expert" is one Michael Makovsky, a former staffer at the notorious Office of Special Plans — yes, the same Bush era outfit that manipulated phony "intelligence" and packaged it as talking points to sell the Iraq war to a gullible Congress, a prostrate media, and a half-asleep American public. 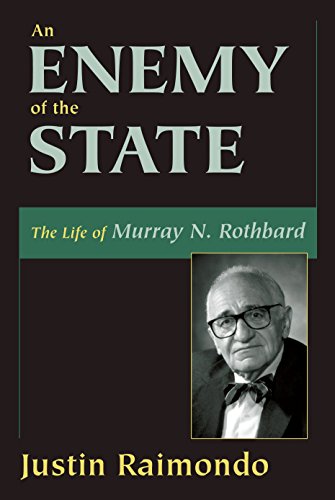 The Bloomberg piece attributes the BPC’s report on Iran to former Democratic Senator Chuck Robb, of Virginia, Republican Dan Coats, former Senator from Indiana, and retired Gen. Charles Walk, former deputy commander of the US European command. But as Jim Lobe, of IPS News Service, points out (here and here), the real authors were Makovsky and Michael Rubin, whose ideological orientation may indeed be "bipartisan" — after all, the neocons infest both parties — but who very definitely have an ideological axe to grind.

Makovsky is supposed to be some sort of expert on the oil industry, which is the capacity he served in for the Office of Special Plans — an odd job for someone whose doctorate is in history, and has no experience working in the energy industry. His older brother, David, is a senior fellow at the Washington Institute for Near East Policy — the "thinktank" wing of AIPAC, the leading pro-Israel lobby in the US. He once worked for Sen. John Danforth, after which he moved to Israel, where he intended to pursue a career as an Israeli diplomat (without, however, giving up his US citizenship), after serving in the Israeli military.

Other details about his background are … interesting. A USA Today article published in 1995 quotes a Michael Makovsky who lived at a settlement in the West Bank, and was a friend of Yigal Amir — the right-wing extremist who murdered Yitzhak Shamir. According to this report, Makovsky’s extremist allegiances aren’t limited to paling around with assassins. He was reportedly a member, in his student days at least, of the neo-fascist "Betar" organization, which has a military structure (members wear uniforms, and engage in "drills") and calls for a "Greater Israel."

All That Glitters How Much Money Do We Need?